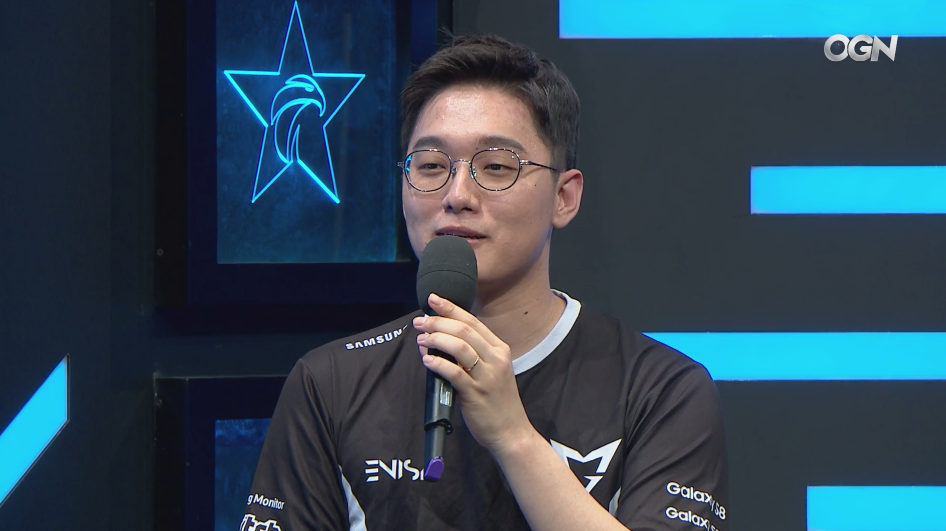 Samsung Galaxy ended their losing streak with a 2-0 victory over the Afreeca Freecs.

Heading into tonight’s match on a two game losing streak, Samsung’s will to win was stronger than ever. With playoffs rapidly approaching, these final games will determine Samsung’s seed come the gauntlet. One game away from first place, a title which guarantees a spot in the Summer Split finals, Samsung needed to win tonight.

Seemingly feeling the fire of victory more than anyone else, Samsung’s duo had a stellar performance in game one. Finding first blood off a solo kill, they did not let up one bit. By 11 minutes Samsung AD carry Park “Ruler” Jae-hyuk held all of his team’s kills with a scoreline of 3-0-0.

Proactive with their movements, Samsung moved Ruler all around the map to secure countless objectives. Against a fed Varus destroying turrets, Afreeca fell behind in the macro game. Unable to come back into the game through skirmishes, Afreeca keeled over once Samsung secured an early Baron.

But after a poorly played teamfight in the bot lane by Afreeca, the momentum quickly moved over to Samsung. Taking the lead through that teamfight, Samsung pushed their advantage by forcing more objective fights. Afreeca, ill equipped to match the coordinated players of Samsung, lost the following teamfights to fall further in a gold deficit.

CuVee, the player to benefit most from these repeat skirmishes, used his lead to split push on Camille. CuVee’s split push forced Afreeca to send three people to stop him, a move which would allow Samsung to take a return Baron.

Bathed in the Baron, Samsung simply waltzed into Afreeca’s base to close out the series. But before Samsung ended the game, the players made sure to get Lee “Crown” Min-ho his pentakill through a cheeky fountain dive.

Now tied for first, Samsung will prepare for their rematch with Longzhu Gaming, set to to occur on Aug 6. The final series of the Summer Split regular season, this match will undoubtedly determine which team will head into playoffs in first place.