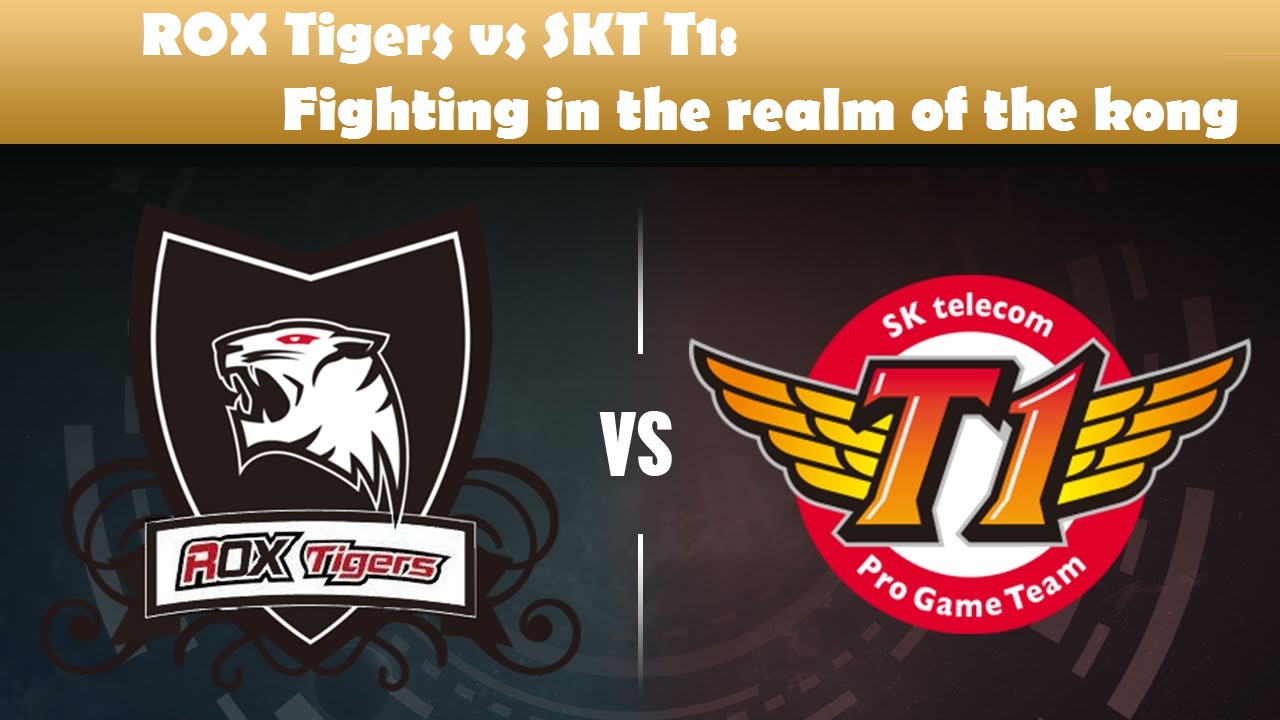 With two world Championship cups and 5 Korean titles, SK Telecom T1 are without a doubt the most successful League of Legends organizations when it comes to results. Going into tonight’s match-up they also hold an all-time of 21:8 record over the opponents – ROX Tigers. If the only considered results are from this season it goes down to much more tolerable record, if one is Tigers fan, but still in favour of SKT 8:4.

Undoubtedly, that score is largely so thanks to them having the best LoL player ever on the roster. But in addition to being the best ever, Lee “Faker” Sang-hyeok is the most clutch player we’ve ever seen in League of Legends. Whenever things seem grim for SKT and the opponent looks like they are going to grab the win, viewers can almost always rely on Faker to come up with amazing play and turn the tides.
Faker’s clutchness is even more apparent in the finals of tournaments. After his debut for SKT in OGN on April 6, 2013, the prodigy has been in the finals of sixteen events with the team. Of those, SKT has lost only three: OGN’s Masters 2014, Korea’s Regional Finals 2014 and MSI 2015. For two of those he didn’t play the entire match; admittedly, in the Masters finals, it wouldn’t have made a difference, even if he did. If those two are removed from the equation, it leaves him with the staggering record of 13-1 in the finals of different events. From that stat alone, it is clear why I and many others consider him League’s undisputed biggest „big game player“ as well as the best.

However, Faker’s teams have shown much more vulnerability when it comes to regular seasons and bracket play, outside of the finals. The most notorious examples historically include losses in the semifinals of Champions Spring 2013 to MVP Ozone and two group stage games to KT Arrows from Champions Spring 2014. The first one denied him the title of Royal Roader (Korean term for player who wins a tournament on his first attempt) and the second would have eliminated SKT from the tournament, had it not been for some suspect losses by their sister-team.
The most recent example of his team performing below expectations outside of the final stage of a tournament is the third place match versus KT Rolster in LCK Summer this year. In this match, they surprised everyone with 3-2 loss, which even the English broadcast commentator Christopher “MonteCristo” Mykles couldn’t foresee. That speaks a volume of KT’s strength, coming into the match, considering over the years MonteCristo has become infamous for being overly confident in KT’s abilities.

Back to tonight’s match-up, on the flip side of Faker and Korea’s golden team sit ROX Tigers. Since their inception they’ve been perennial underperformers in the final stage of tournaments. Where Faker and his men raise to the occasion in the pressure of the finals, the Tigers repeatedly crumble. In two finals they went against SKT, both as the favourites and lost after showcasing inability to meet their expected level of play, set by regular season performance. Between those two, they also met SKT in the final of the World Championship in 2015 once more. This time as an underdog. Yet again it can be argued that they underperformed in the series, as they didn’t give SKT a run for their money the way some expected them to. Even in their most recent final – win against KT in LCK Summer this year, they performed below expectations and didn’t show their full strength. They let the series go to five games against considerably weaker KT team.

Even with Tigers being the current champions of Korea, it is hard to deny they are as close as it gets to a kong* in League of Legends. Magnificent teamplay and some of the best League of Legends ever seen turns into a more chaotic, less coordinated performance come time for the finals. Otherwise excellent individuals start underperforming and require others to step it up.

All of that, however, has limited bearing on today’s matchup.

Much like how Shao Kahn transported Raiden in the Outworld to nullify his godly abilities and enable his own in 90’s TV adaptation of Mortal Kombat, SKT now face the other best team in the world in the semifinals. They are great at rising up to the occasion of a grand final and playing their best in it, but this is not that point of the tournament yet.

And while ROX has shown the tendency to underperform in the finals that is not true for the rest of playoff series we’ve seen them in. As a result of the LCK format, there isn’t too much to go by. However if one takes a look at their play in LCK Summer 2015 playoffs and World Championship 2015, a plethora of great playoff play can be seen. Even in a loss, against KT in the LCK Summer 2015, they played well above expectations and forced the series into fifth game. In the following World Championship, they showed up even better, as they beat KT 3-1 and the western fan-favourites of Fnatic in easy 3-0 fashion. Going with the MK analogy, bracket play excluding finals and regular season is what forms Tigers’ own Outworld – a place where they, just like Shao Kahn, can show their true strength.

With all that in consideration, taking a look at their head-to-head for these particular rosters, without their meetings in the finals, we arrive at the much closer record of 4-5. And as ROX are looking better, in terms of current form and the meeting being in the semifinals of a tournament, this poor historical record could be nothing, but bad memories memories in KurO’s head.

Ramping up gradually as the tournament goes on is a quality often displayed by the greatest of champions, as Duncan “Thorin” Shields has pointed out multiple times in his content. That, however, leaves the door open for perennial underachievers, who are otherwise great competitiors, to meet the aforementioned before the finals and shut them down.

*kong – term used for great teams and players who regularly fail to perform up to their usual level in the finals of big tournaments. Originally it was given to the great Korean StarCraft: Brood War player YellOw.

Who do you think will win this matchup? Let us know by commenting below or tweeting us @GAMURScom and @RadoNonFire.

About the author:
Hello readers! I go by the ID RadoN and probably similarly to many of you, I’ve been playing video games for years. My introduction to esports happened in 2009 and ever since, I’ve been following different titles within the industry. If you wish to provide feedback, support and follow future content or simply know more about my thoughts on gaming and esports, @RadoNonFire on Twitter.