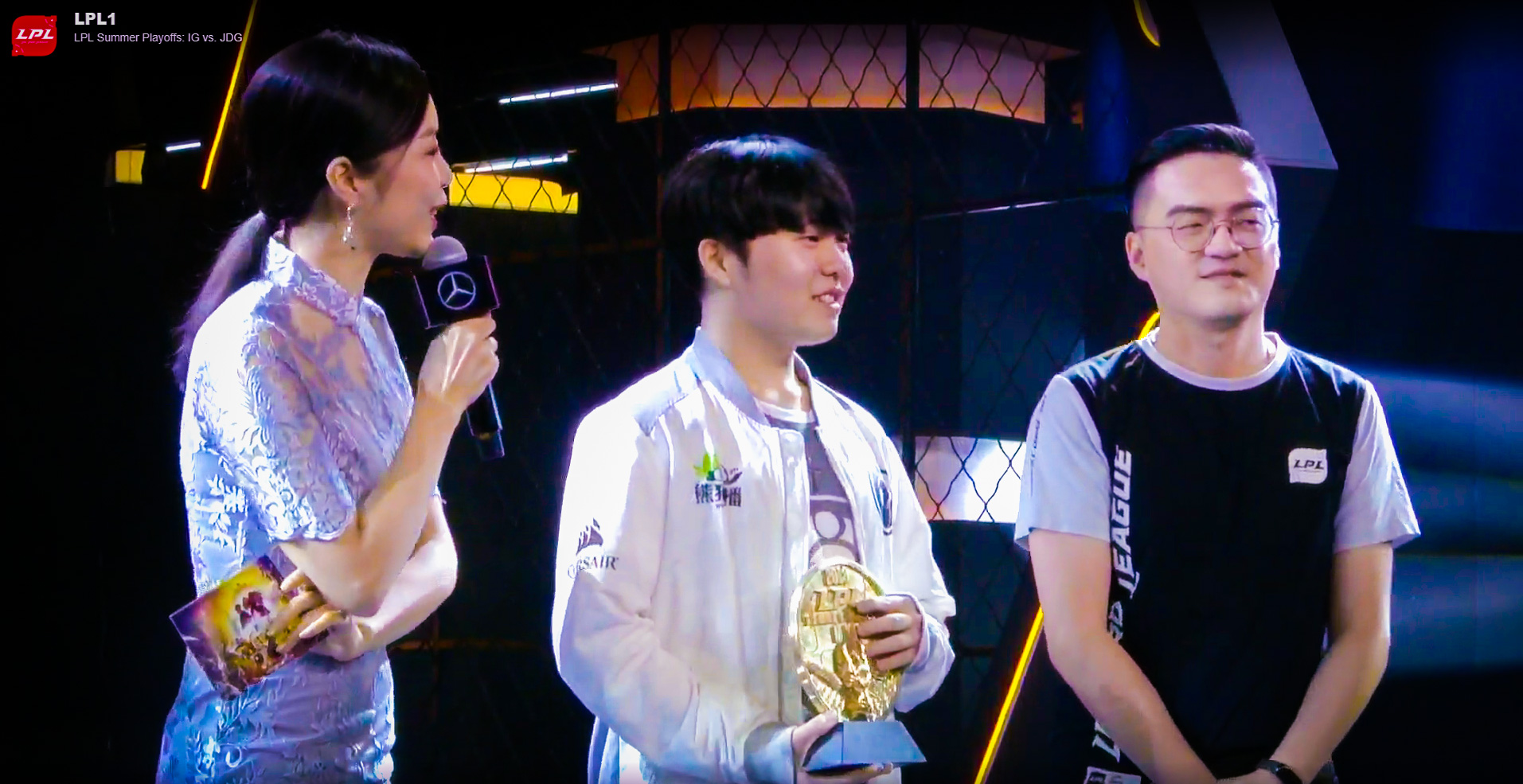 When KT Arrows’ mid laner Song “Rookie” Eui-Jin went to China three years ago, nobody knew what to expect from the talented, young player. He wasn’t one of the bigger names that had moved over to China that year in what has been termed the “Korean Exodus.” Stars like Cho “Mata” Se-hyeong and Kim “Deft” Hyuk-kyu made bigger splashes when they moved to the LPL that offseason, chasing larger paychecks and a chance to lead their own teams.

But years later, it can’t be disputed that Rookie is the biggest success story of all the Korean pros who moved to China. He’s totally beloved in the region—Chinese fans love to watch him stream and hear him speak near-perfect Mandarin. And this year, his results on stage have finally resulted in team success and a Worlds appearance.

Rookie has finally made it in his new adopted homeland. This is how he did it.

Rookie was known for his mechanical talent from his days in Korea, where he was compared to SKT star Lee “Faker” Sang-hyeok, the best player in the history of the game. He was even known as “Faker Jr.,” and managed to beat Faker and SKT in one of his first tournaments with KT.

His mechanical prowess survived the plane trip over the Yellow Sea, and for years, he dominated the mid lane for his new team, Invictus Gaming. But it was the rest of the team that couldn’t quite step up enough. Fellow KT transplant Lee “KaKAO” Byung-kwon, himself a Korean legend in the jungle position, struggled upon his arrival in China, eventually getting subbed out before ending his career meekly in Europe.

For two years, Rookie’s Invictus teams struggled to gain ground in the LPL. They placed in the middle of the pack each split, good enough to beat some teams but never a threat to win the league or make Worlds.

Things started to change in 2017 with the arrival of two separate top laners: Lee “Duke” Ho-seong, another Korean import fresh off a World Championship with SKT, and Kang “TheShy” Seung-lok, a much less-heralded Korean pro who came over from Team WE. Duke was the star and an MVP winner in the LCK, but it was actually TheShy who became the team’s starter.

Invictus actually had a chance at Worlds last year, losing to Team WE in a five-game series in the regional qualifier. The final piece fell into place earlier this year with the addition of teenage bot lane phenom Yu “JackeyLove” Wen-bo. Like Rookie, JackeyLove is a mechanical marvel who can create plays out of thin air. But he’s also a young, inexperienced player: He gets caught a lot, and overall, the team relies on Rookie as their consistent star carry.

With a full-stacked roster, the results this year have been astounding. Invictus were easily the best team in the Spring Split, only losing a tough semifinal match to RNG after TheShy was unable to play due to injury. That was good enough for Rookie to win his first MVP award.

This summer has been even better, though. Rookie repeated as MVP and for the first time, will head to Worlds as one of the LPL’s top seeds. Rookie’s decision to come to China all those years ago has finally paid off. Almost all the other Koreans who came over in that offseason have returned home, or at least moved on to other teams in the region. Rookie’s place in the LPL’s history is now unique.

But you can bet that Rookie isn’t satisfied with winning MVPs and making it to Worlds. After so many years of being cheered doggedly by the Chinese fans that have become his family, he’ll want to make them proud. It would be huge for his legacy if he could finally take down bot laner Jian “Uzi” Zi-hao’s—China’s most favored son—and RNG in Friday’s LPL final. And if he could push a Chinese team to the final at Worlds, that would become the new crowning achievement in Rookie’s amazing LPL career.