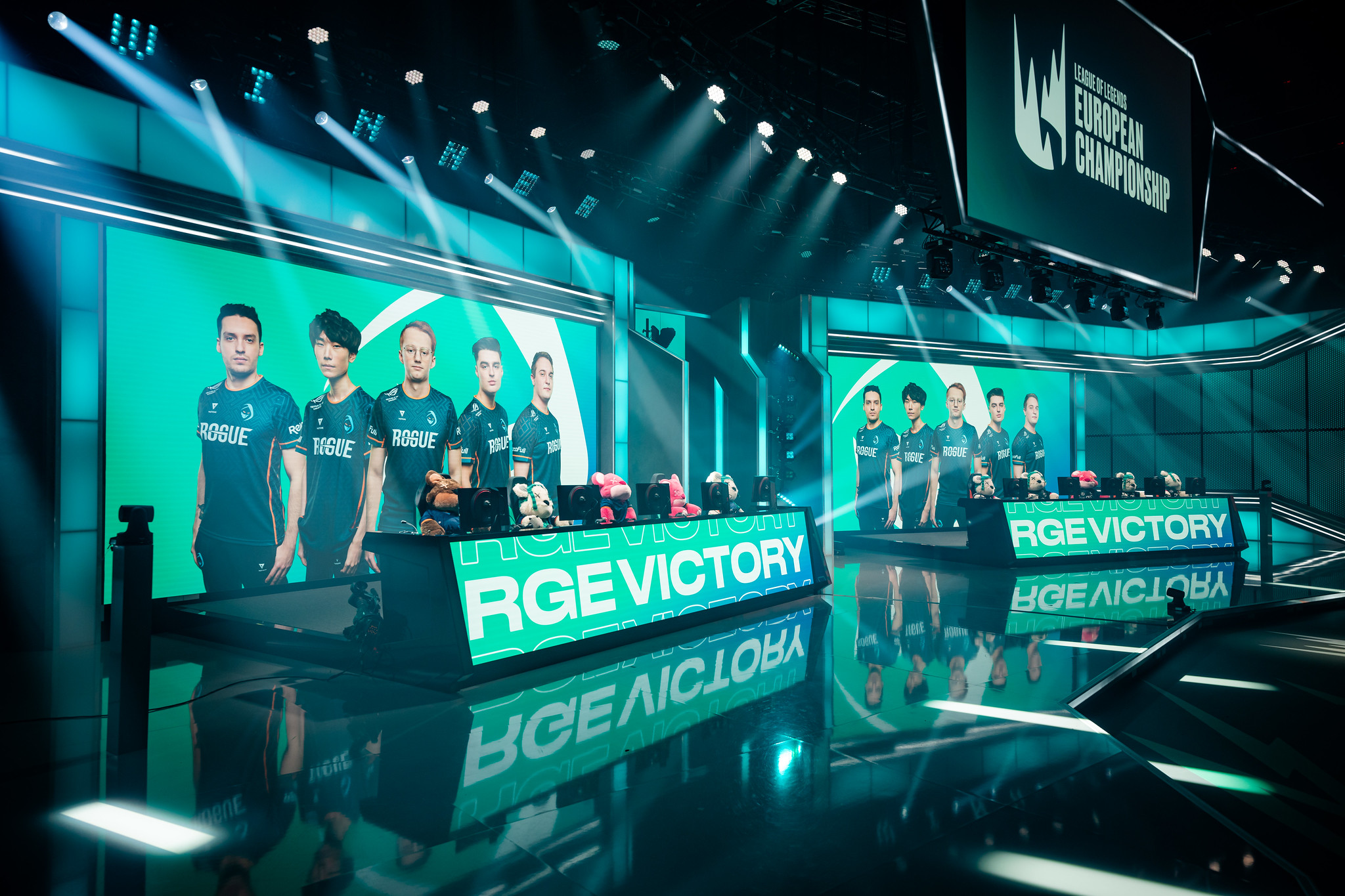 After the first week of the 2022 LEC Spring Split, Rogue closed out their matches with an undefeated record. And they’ll remain flawless for at least one more day after defeating MAD Lions today.

Two of the best performing League of Legends teams from the first weekend of the 2022 Spring Split battled on the Rift today. Even if the fight seemed balanced in the beginning, Rogue quickly picked up the pace and took advantage of Trymbi’s hooks with Blitzcrank. Their cohesion in decision-making and teamfights brought them several advantages, starting with first blood, which they obtained thanks to an astonishing hook by Blitzcrank in the mid lane.

MAD Lions showed a lot of proactive decisions and movement across the map, but Rogue responded by taking advantage of their opponents’ mistakes and claiming more kills. Despite the disadvantage in kills, MAD Lions took down the first tower and thus gained a small gold lead on their side. Rogue didn’t back down, however. They established a network of vision around the jungle that led them to conquer almost every neutral objective.

The two teams applied pressure in different ways, trying to catch each other off guard. If MAD Lions were trying to apply pressure in the side lanes, Rogue took the Rift Herald and the dragon almost immediately after, too. Without having to fight too much for it, Rogue were at soul point. And by the 20-minute mark, they were in the lead with more kills, gold, and towers taken down.

For League players, the 20-minute mark means that one crucial objective has spawned. So just like that, Rogue and MAD Lions headed toward the Baron. But MAD Lions waited for their chance to strike a second too long while Rogue were fighting as one, wiping out the current LEC champions and obtaining the team buff.

After that, MAD lost their momentum. And following a fight near the dragon pit where Malrang showcased an outstanding side attack on Lee Sin, Rogue secured yet another drake, another Baron, and went toward MAD’s Nexus.

MAD tried in vain to resist Rogue’s siege of their base. In one final attempt to defend their Nexus, MAD Lions launched an attack on Rogue. But it wasn’t enough. Larssen and Odoamne deleted their opponents, claiming Rogue’s fourth consecutive victory of the Spring Split.

Team BDS will be the ones to try and take down the seemingly unbeatable Rogue tomorrow at 12pm CT. You can watch all the action on the LoL Esports website.