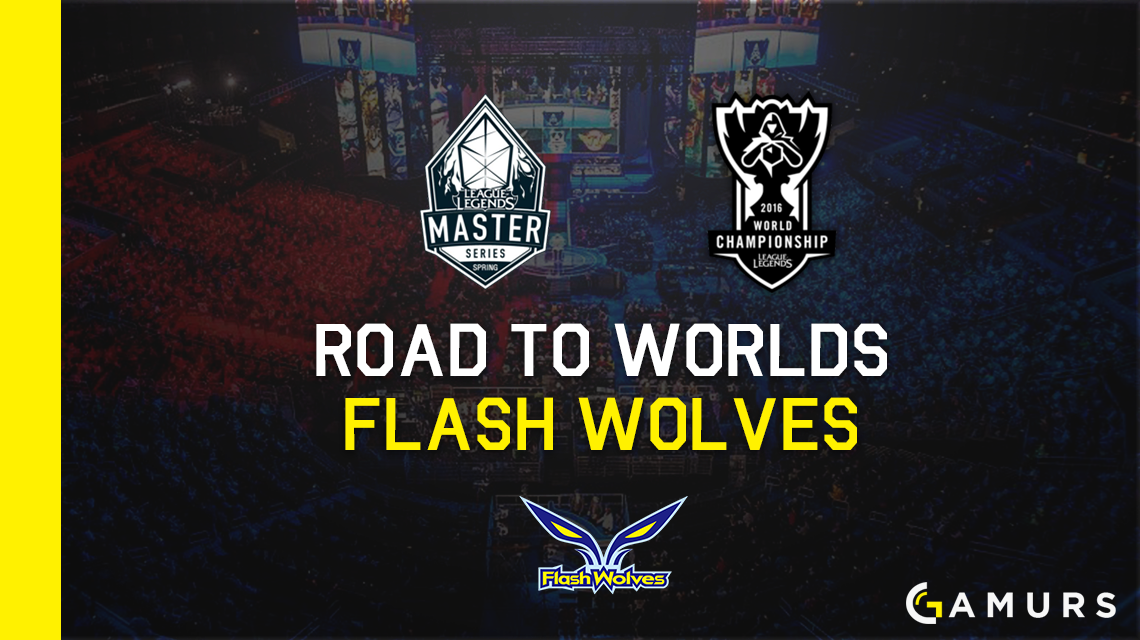 A GAMURS exclusive series, taking a look at the 16 teams going to Worlds from the beginning of their qualification and see just how their road to Worlds went. Today, we look at Flash Wolves (FW) of the LMS.

Coming off the back of an upset

Going into the Spring Split, FW were the heavy favorites beside ahq and looked to improve on their Worlds success by qualifying for the upcoming Mid-Season Invitational. They also had hopes to get the LMS Pool 1 seed in the Worlds group draw for the first time in the region’s history. To do this, FW would have to go to MSI and place within the top-four teams.

They would go on to finish as the No. 2 seed in the Spring Split regular season with a 9-2-3 record. Ahq finished above them after a near perfect run, and FW had a lot to prove to get to MSI as the LMS’ No. 1 team.

FW would be placed in the second round of the Spring Playoffs against Machi E-sports. FW would sweep them under the rug incredibly easily 3-0 to meet ahq in the final of the Spring playoffs.

This would also prove a surprising turn of events for FW where they were able to sweep ahq with ease and take their first LMS title away from a usually dominant ahq side, qualifying for MSI as the No. 1 seed in the LMS.

I have said it before and I will say it again: no one could have anticipated how MSI in China was going to go down with so many unexpected moments happening. It offered great turnarounds, matches and unexpected outcomes and the Flash Wolves were no different in their international journey.

The Flash Wolves would not only be able to win two games off the world champions SK Telecom T1, they would also take two wins against G2 Esports of the EU LCS to end the group stage as the No. 3 team, just above SKT and just below Counter Logic Gaming of the NA LCS.

This would put them against CLG in the semifinals of the knockout stages, but the team was defeated 3-1 by CLG and was unable to advance to the final for a shot at the title. However, they had done their region proud by taking a Pool 1 seed place away from the EU LCS, giving the LMS a team in the first pool instead of their European counterparts.

Pride of the pack

A team that had just come off of a top-eight finish at Worlds 2016 a few months got their first LMS title shortly afterwards and finished in the top-four at MSI. The Flash Wolves were looking strong and were the overwhelming favourite going into the Summer Split for 2016.

However, both FW and ahq would find a new threat on their run to Worlds with the emergence of J Team, essentially the rebranded Season 2 World Champions Taipei Assassins.

J Team would beat FW to the No. 1 spot in the regular season, meaning the Flash Wolves would have to fight their way up to get the No. 1 seed in the LMS.

This would mean in the Summer Playoffs that Flash Wolves would be put up against ahq in the second round of the competition. Flash Wolves edged out ahq in a close five-game series, setting up a match against J Team for the No. 1 seed of the entire LMS.

And it was to be no contest for the Flash Wolves as they dominated a lacking J Team 3-0 to take the LMS No. 1 seed and their second LMS title in the space of a season.