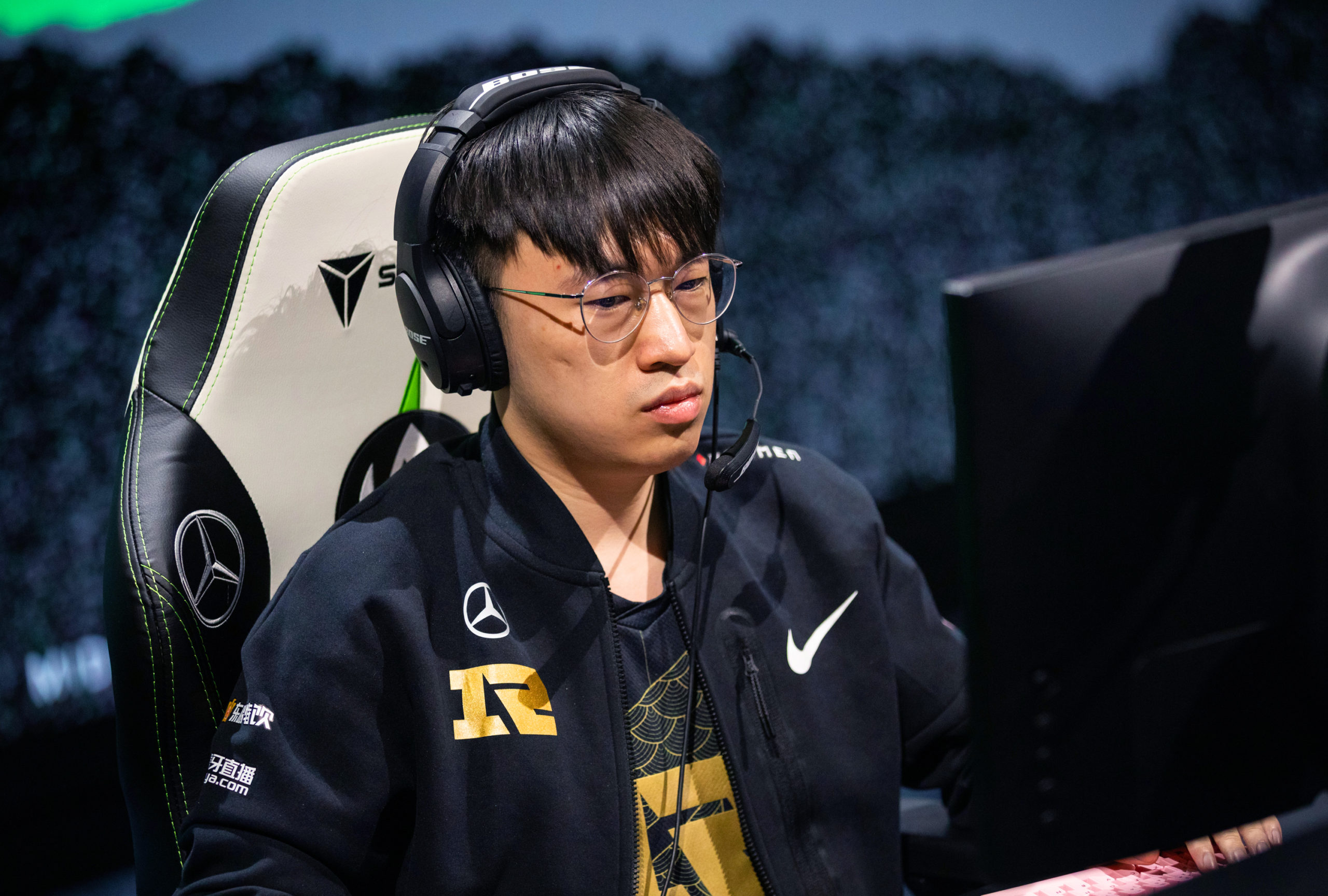 It took 29 minutes and a ton of back-and-forth play, but the LPL’s Royal Never Give Up are still undefeated after beating North America’s Cloud9 on the first day of the 2021 Mid-Season Invitational’s rumble stage.

Both League of Legends teams came into the day with a ton of momentum after rounding out the group stage with win streaks. RNG dominated Group A by going 8-0, while C9 managed to take down tournament favorites DWG KIA in the second half of their round robin in Group C. But RNG were also riding high after defeating DWG KIA earlier in the day.

In draft, RNG opted for a double marksman combination with GALA playing Kai’Sa and Xiaohu playing his classic Lucian in the top lane. They were both big comfort picks for the two best players on the team and it showed in the early game. RNG had a massive 6,000 gold lead at the 20-minute mark, fueled by early lane dominance from both carries.

But as the game progressed, C9’s teamfighting composition started to shine. The combination of Rell, Malphite, and Morgana made for superior skirmishing. And even though both Kai’Sa and Lucian were strong, they couldn’t overcome the overall strength that the LCS representatives had when it came to a five-vs-five engagement.

This fact was punctuated by a huge ace on the side of C9, which allowed them to close the gold gap with a handful of objectives and kills. C9 actually scaled into a winning position for the first time in the game, which gave them the confidence to pick up a Baron.

But RNG recognized that their weakness was embedded in their lack of teamfighting power, which meant that they couldn’t face off against their opponents head-on. Instead, they went for a backdoor play while C9 finished the Baron off. Wei stopped multiple recalls with Udyr’s unmatched speed. It was a stunning way to end the game, especially because C9 looked to be finally getting the upper hand against the hottest roster at the tournament.

Even in defeat, there are plenty of positives to look for as a C9 fan. The early game looked rough for the team, but they showed a ton of perseverance with the way they clawed back into the match. Their teamfighting and cohesion can clearly stand up to the best teams at the tournament and that should be something to watch out for as MSI continues this weekend.

Meanwhile, RNG have proven that their success during the group stage wasn’t just because of a weaker field of opponents. This roster is powerful and knows how to play around their team composition’s upsides and downsides. With this much momentum, they look like a shoe-in for the knockout stage that’s set to begin next week.

You can catch all the action when MSI 2021 continues tomorrow on Saturday, May 15, starting with a rematch between Pentanet.GG and RNG.