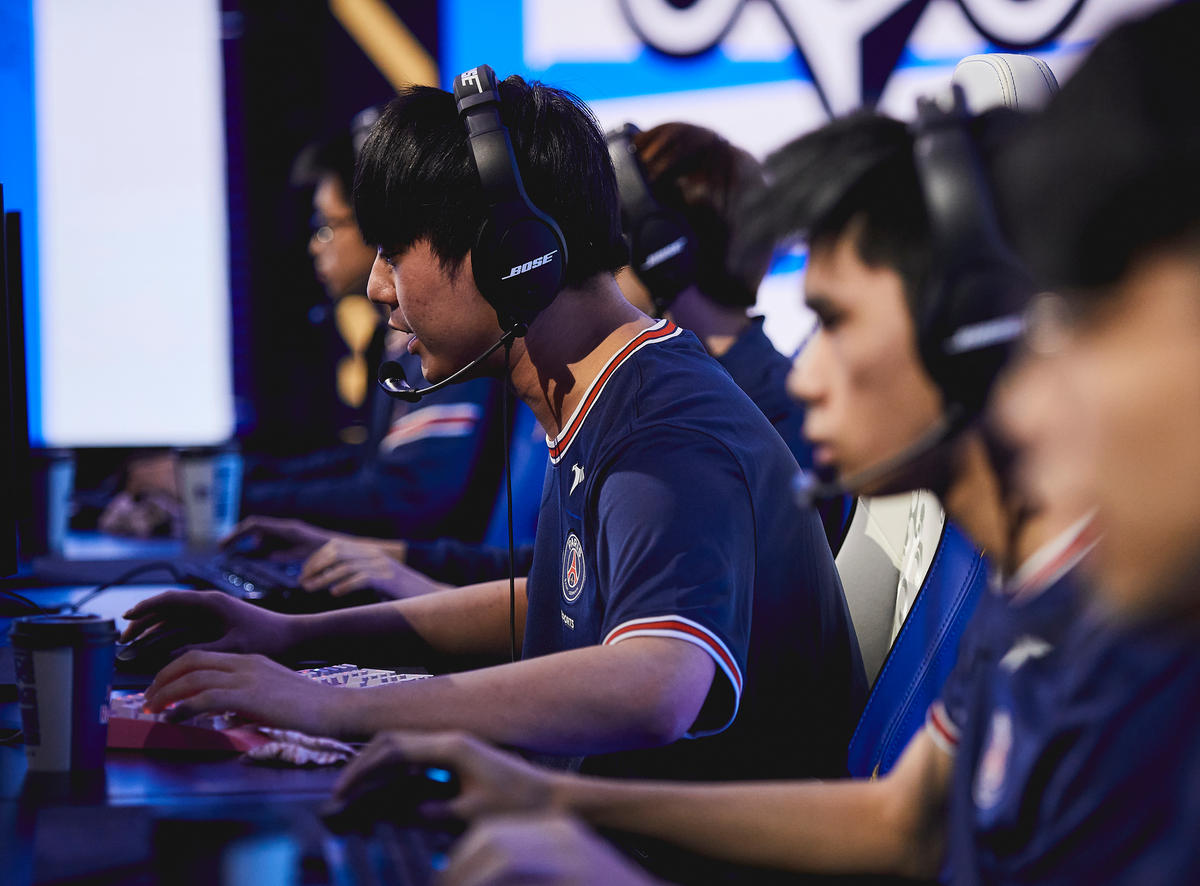 Royal Never Give Up are the first team from Group C to qualify for the 2021 League of Legends World Championship knockout stage after win over the PCS’ PSG Talon.

The Chinese squad’s win in the scrappy matchup came off of the back of smart macro play initiated by their dragon takes.

Today’s match started off with an early lead in the hands of RNG thanks to their bot lane priority. The advantage came to a halt once Hanabi disrupted it with a one vs. two in that same lane, starting a snowball. It was a slow dance between the two teams, with both playing around each other. There was one difference, though: RNG kept capturing dragons.

Securing dragons ultimately led the Chinese representatives to get the soul buff. The PCS representatives had to respond, meaning a Baron was in order, but RNG quickly thwarted the attempt. Add to that a pick onto Hanabi, and the game was sealed.

With this win, RNG have secured a spot at the Worlds quarterfinals. They’d need some key losses from their Group C counterparts to secure the first spot. On the other hand, PSG qualifying for the quarterfinals would require Hanwha Life Esports to lose at least one of their upcoming matchups against Fnatic or RNG, and they’d need to win their own against Fnatic to cause a tiebreaker.