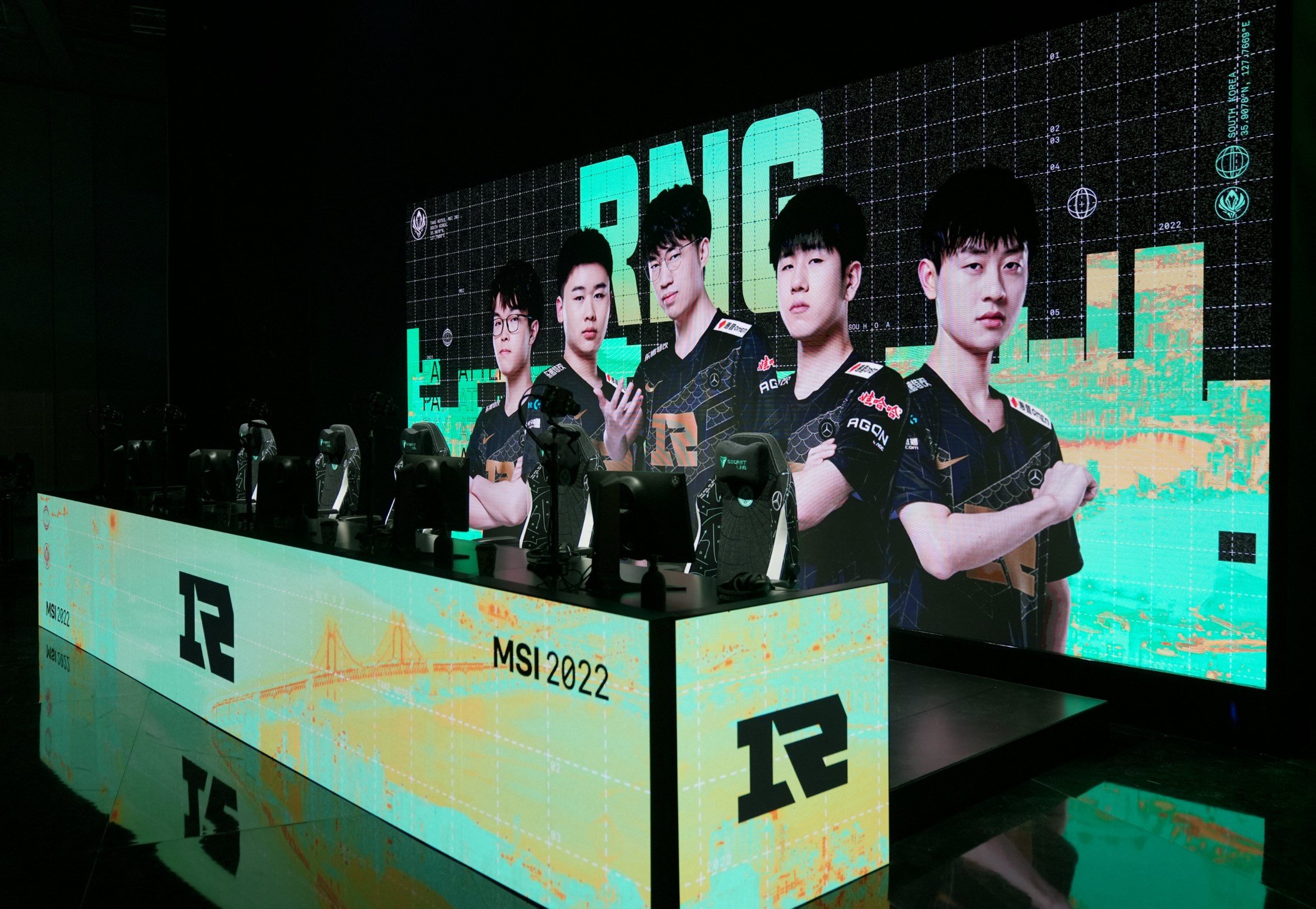 Royal Never Give Up took revenge over G2 Esports at the 2022 Mid-Seasonal Invitational today, dominating the game from start to finish to earn a straightforward 26-minute victory over the LEC champions and the first place at the rumble stage.

G2 and RNG both came into the showdown today with just one loss each through the second phase of the 2022 Mid-Seasonal Invitational. While G2 saw their undefeated record broken by PSG Talon earlier today, RNG’s lone loss of the event thus far came at the hands of G2 earlier this weekend, and the LPL squad settled the score today.

While RNG held onto the tempo of today’s game with a vice grip, they effectively put the game out of reach for G2 at the 24-minute mark when they claimed a Baron buff and extended their gold lead over the European champions to over 7,000. Through one final glimmer of hope, the Baron was nearly stolen by BrokenBlade. He gave his namesake some love with a Riven pick, marking the first time the champion was selected in a game on the international stage since the grand finals of the 2015 World Championship.

For RNG, it was standout AD carry Gala who once again led the team to victory. His Xayah play alongside support Ming’s Rakan was too much for G2 to handle, especially considering RNG funneled almost all of their gold into the bottom lane. Fifteen minutes into the game, Gala had earned 1,800 more gold than any other player on Summoner’s Rift. While other players across the map were still working towards their first item, Gala was deep into his build path, working on his mid-game power spike. He’d go on to finish the game with a perfect scoreline of 8/0/2.

After winning 24 consecutive games coming into the day, G2 have now lost two contests in a row. They are tied for second place in the MSI rumble stage alongside T1. The two teams will look to break that tie when they face off tomorrow.

As for RNG, the team now own sole possession of first place in the rumble stage. Tomorrow, their schedule consists of games against Saigon Buffalo and Evil Geniuses.