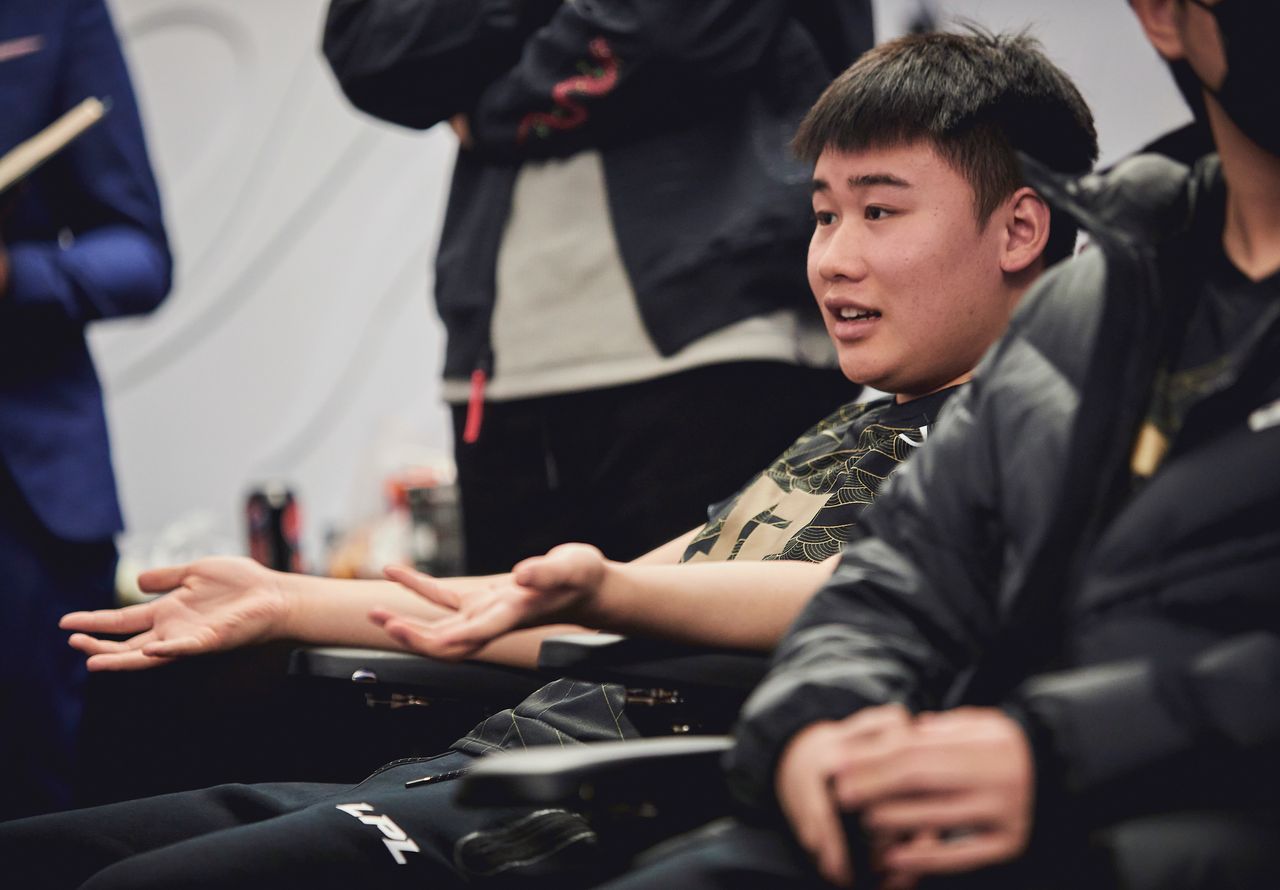 Weibo Gaming’s eight-series win streak has come to an end. Royal Never Give Up beat them in a 2-0 sweep today in week seven of the 2022 LPL Spring Split.

RNG have had one of the strangest sequences of games in recent weeks. After they were the first team to defeat LNG Esports, they immediately lost 2-0 to Rare Atom in their next series. A hot and cold team with real highs, RNG looked to take down Weibo Gaming, who had been on an eight-series win streak. Their last series loss came against Bilibili Gaming in week one.

With Weibo Gaming being nearly undefeated in the 2022 LPL Spring Split, RNG entered this series as the underdogs. But RNG showcased those highs once again and decimated Weibo Gaming in a 2-0 sweep.

RNG jungler Wei’s Hecarim dominated the entire first game of this League of Legends series. His mobility and pressure outpaced Weibo Gaming jungler SofM’s trusty Lee Sin play. The jungler helped RNG close out a 34-minute game one victory and was awarded player of the game for his 2/0/18 scoreline on the popular jungle pick.

Game two was all about RNG support Ming’s immaculate Tahm Kench play. The support was everywhere on the map. Weibo Gaming were left helpless and unable to match the strong mobile composition that RNG had drafted with Hecarim and Tahm Kench. In their 27-minute win, Ming ended the game with a 3/2/18 scoreline and collected his third player of the game award in 2022.

There are just a few games left for each team in the 2022 LPL Spring Split regular season. Even after their victory against Weibo Gaming, RNG stand at an 8-3 record and are tied for third place. Weibo Gaming are still ahead of them in the standings in second place with a 9-2 record. Victory Five hold the top spot in the LPL right now at 9-1 and are on a six-series win streak.

Still, with the regular season slowly coming to a close, the race between the top seven teams has heated up. The best LPL teams are fighting for those coveted top two placements and to stay in the top six. And with Top Esports’ run from 2-4 to 7-4, no top LPL team is safe.

Weibo Gaming will look to rebound from today’s loss against RNG when they take on LGD on March 5. As for RNG, they’ll try to carry this momentum into their next series against EDward Gaming, a rematch of the 2021 League World Championship quarterfinals.