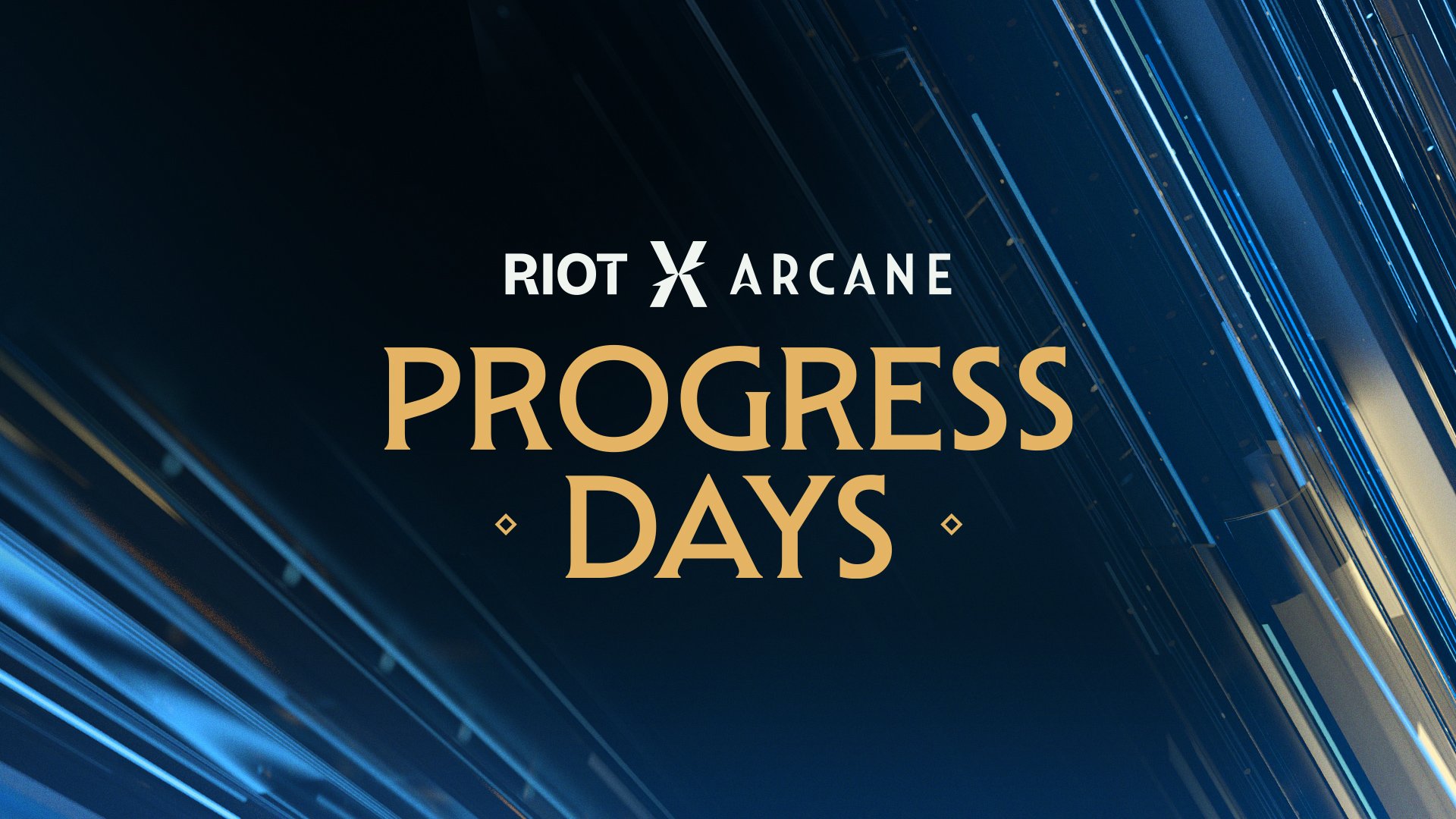 Riot Games has revealed the next phase of the RiotX Arcane event with Progress Days.

In Riot’s new animated series, Arcane, Progress Days is a holiday celebrated by the people of Piltover. These citizens hold an annual festival of technological innovation, where the city’s best scientists and inventors show off their latest and greatest creations. For people in the real world, Progress Days will bring a ton of goodies across all of Riot’s titles.

On the week of Nov. 7, Riot will release new Arcane-themed content and products, including a new interactive experience called the Council Archives. This is a deep dive into more of the lore behind Arcane. League of Legends players will also get access to the Arcane Jayce skin, which can be unlocked after winning one match or playing three games of League.

Legends of Runeterra will also be getting a ton of new content for Progress Days, including Jayce as a new champion, new Piltover and Zaun support cards, a Piltovan rooftop board, new champion skins, and new Hextech Guardians. A new PvE mode called The Path of Champions will be unlocked as well, which features rogue-like campaigns across Runeterra on top of adventures through the streets of Piltover and Zaun.

Lastly, Wild Rift players will get free Arcane-themed skins for Jinx and Vi, while also getting an in-game Arcane event. Jayce and Caitlyn are being added to the Hextech Heist event, and themed weeks are being added to Guild vs. Guild.

There are also multiple unlockable items available until Nov. 30 across several of Riot’s titles:

Stay tuned and enjoy the sights, sounds, and excitement that come with the yearly Progress Days event. Additionally, catch the second act of Arcane on Netflix on Nov. 13.