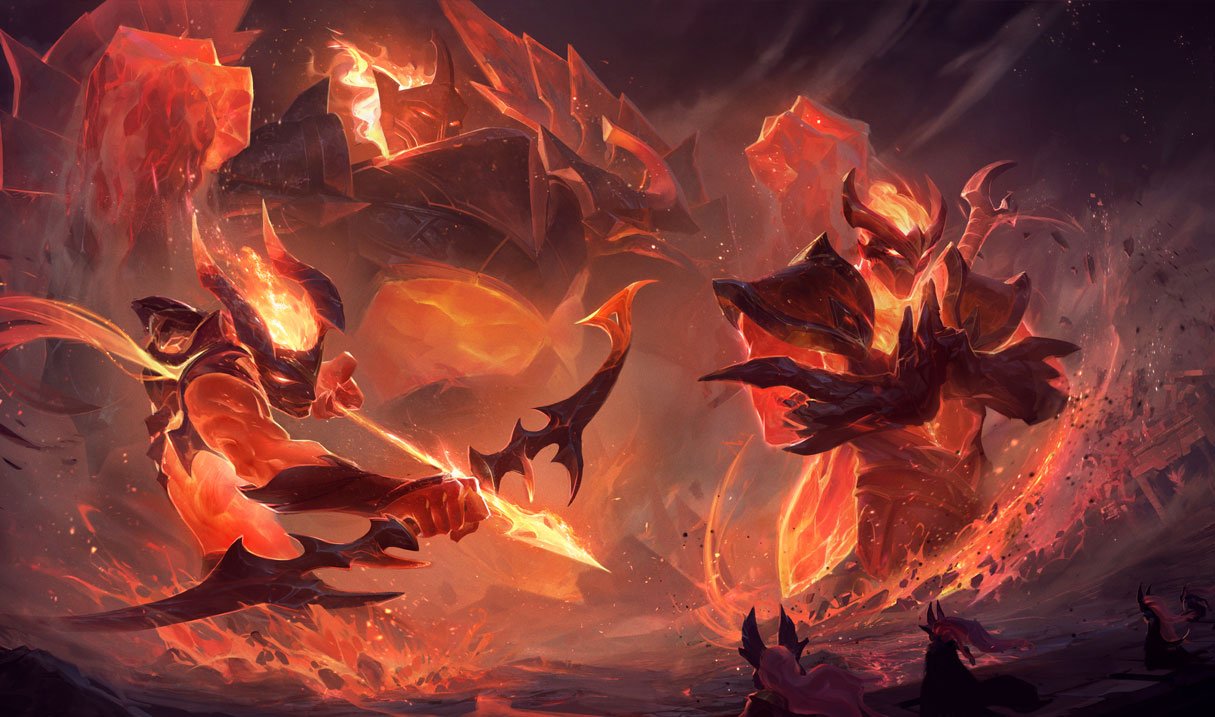 Riot Games has revealed another set of skins headed to the League of Legends PBE that will fire up some fans in the coming weeks. Karthus, Vel’Koz, and Kennen are all joining the Infernal skin line soon.

The Infernal skin line is home to some of the oldest cosmetics in the game, reaching back to 2010 with the addition of Infernal Mordekaiser. Since then, however, over 19 other champions have joined the skin line’s fiery ranks.

These new skins are all visually impressive—as most new League skins are these days. Karthus, for example, summons a firestorm around himself with his Defile ability and raises a wall of fire for his W. Kennen has a similar firestorm effect during his ultimate. He also sets himself ablaze during his Lightning Rush ability.

The best skin of the bunch, however, has to be Vel’Koz. His tentacles have been replaced with red-hot chains. He splits open the ground with his Void Rift and becomes a deadly geyser of molten flame when he uses his ultimate.

These skins were all officially revealed alongside the game’s upcoming Conqueror Nautilus skin, which is a cosmetic to help celebrate the 2020 Spring Split champions of the world. A Conqueror skin is supposed to be released each year for the Mid-Season Invitational, but the tournament was canceled due to the COVID-19 pandemic.

You can try out all of these new skins when they hit the PBE.