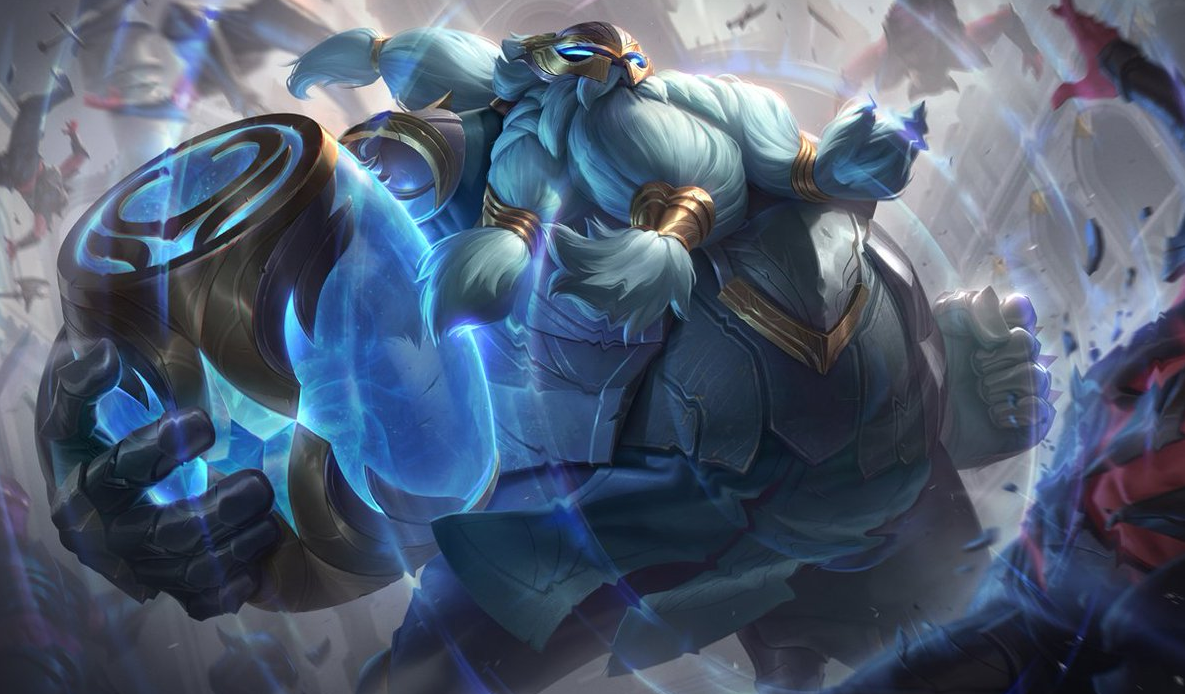 Riot’s bringing back a familiar skin line—and we’re here for it.

Kalista, Kled, and Xin Zhao will be draped in the typical Marauder hues of blood red and steel. And Skaarl, Kled’s trusty steed, is also getting a makeover with some badass armor. These champs will join Alistar, Ashe, Olaf, and Warwick, who already have Marauder skins.

And the bright blue and gold colors that are home to the Warden skin line are back. Quinn puts on gold armor featuring a bright blue gem on her helmet, seemingly firing sapphire-colored projectiles, too. Valor also changes things up, putting on a golden mask and blue plumage.

Gragas ages a bit with this new cosmetic, getting a white beard that’s perfect for the holidays. His barrels glow with a blue aura as well. Jax, Karma, Nautilus, and Sivir also have Warden skins.

Lore dictates that the Marauders, descendants of the Magelord Empire, and the Wardens, who continue the work of the disbanded Protectorate, are at war with one another.

While there’s no set time for when these skins will hit the PBE, it’ll likely be after League Patch 10.25 goes live tomorrow.