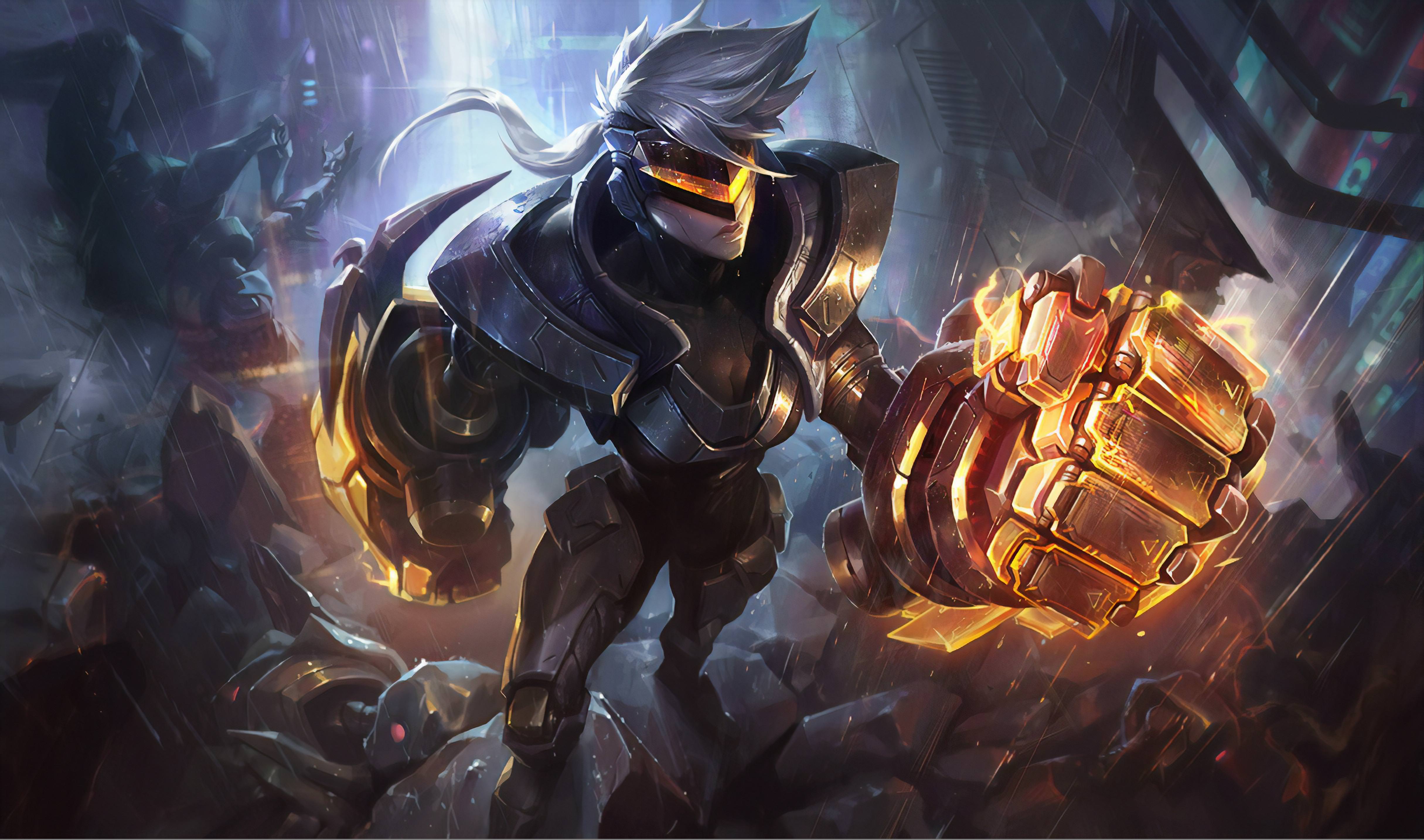 Everyone’s favorite punch-monger, Vi, is having a little bit of work done on her kit in Patch 8.8, according to the latest PBE update. The goal? To turn her into a top laner.

A Riot employee revealed on Twitter yesterday that the rather large list of changes in testing on the beta server right now were pushed to help her in-lane rather than in her usual role in the jungle. By tweaking some numbers on her abilities, the balance team seems to think they can diversify her so she isn’t stuck playing the same role that she was designed for in 2012.

While it’s always exciting to experiment with a champion in their viable off-roles, there are two major issues with this project.

Firstly, although Riot specifically mentions in the change list revealed on Twitter that the team will be careful to avoid affecting her jungle power, the current set of ability tweaks would definitely do just that. Sure, the lower cooldowns on her Q and passive will help with ganks and with fights against larger monsters, but that’s not the issue.

The issue is the 15 percent nerf to the attack speed provided by her W at level one and her base armor being lowered by five. Five armor at the start of a game is a big deal, and although her W’s attack speed will end up higher, it’ll force her to struggle quite a bit at the start of the game.

Her initial camp clears are going to be noticeably slower and the camps are going to hurt her a lot more thanks to the armor decrease, which may not be worth more ganking power for Vi.

The second issue is the goal of the update itself. By lowering the early cooldowns of her Q and shield so drastically, it’s true she’ll probably be a better top laner, but why is that a good thing? What gap in League’s champion pool would Vi fill as a top laner? Why does she need to be there to begin with?

There doesn’t seem to be a clear answer, especially because there are already a plethora of tanky AD bruiser-type champions in top lane as it is. In fact, that’s the most common type of top laner to begin with, making it crowded. Players probably don’t need another, even if it’s a fun thing to try out for a game or two.

Of course, this change list is on the PBE, which means it’s subject to change or be reverted before patch time. That being said, although this update isn’t going to hurt her jungle to extreme levels, it’s still going to hurt. She’s already performing as a slightly below-average jungler as it is, so we hope there are some more changes to follow.