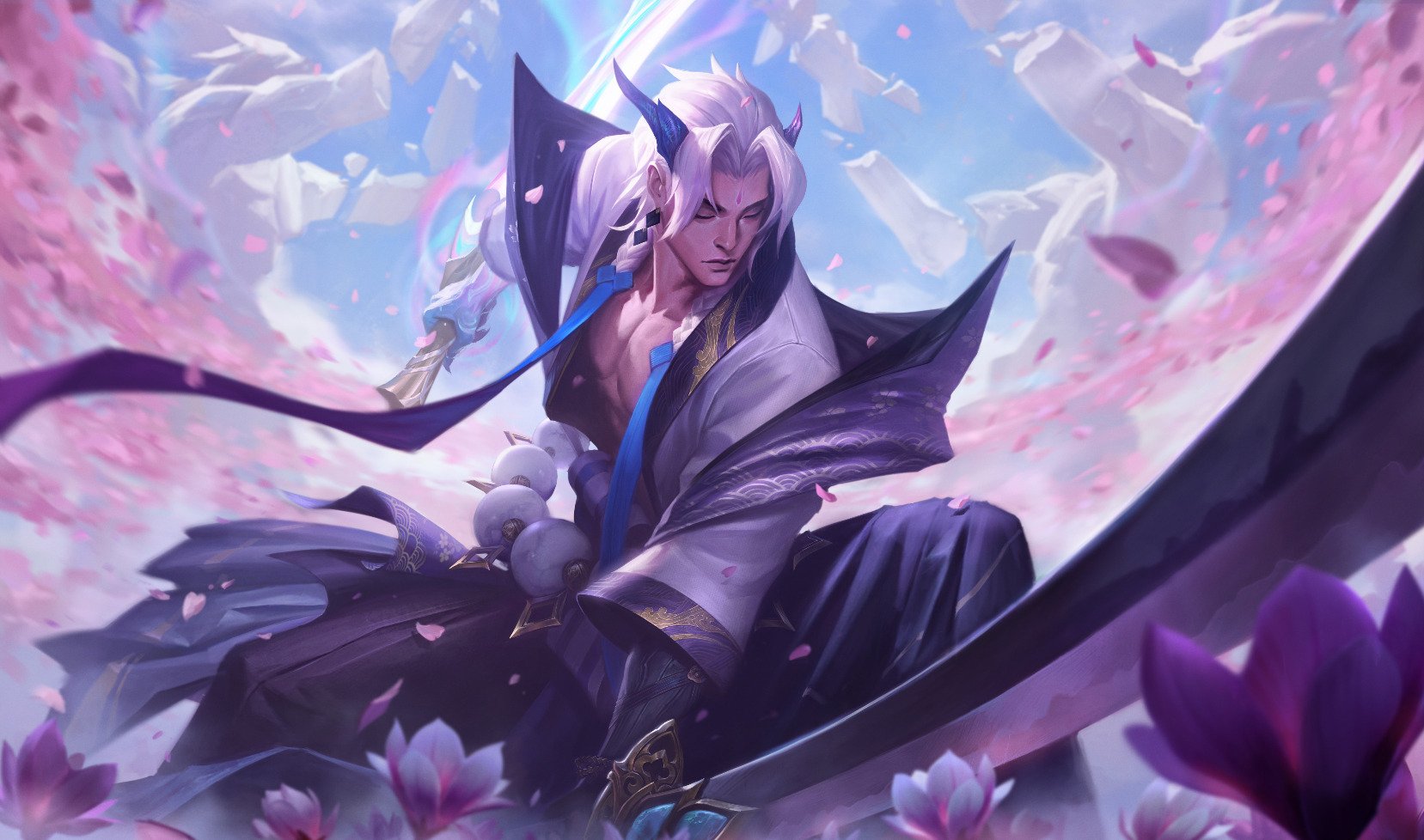 Yone has finally been introduced by Riot Games as the next champion to hit Summoner’s Rift. In the most recent champion insight blog post, Riot explained how the master swordsman will bring a mixed damage profile with his two swords while playing as a “skirmisher-assassin hybrid.”

“His human blade deals physical damage and his azakana sword deals magic damage, which gives Yone a mixed damage profile, letting him go toe-to-toe with even the beefiest of bois,” Riot said. “But the way he plays around his E and ultimate is really similar to an assassin.”

His Mortal Steel ability, for example, is dedicated solely to his regular, human sword and how he harnesses the wind to dash to his enemies and deal physical damage. He also knocks enemies up after getting two stacks of Gathering Storm.

His other sword, however, was taken from an azakana, which is the demon that Yone had to fight and kill in the spirit realm. As a result, the blade does magic damage and also grants him a shield that increases in power for each champion struck.

“I really wanted to make each of Yone’s swords feel different. Although he has always used two swords, the weight and feel of the azakana’s blade is much different to his more familiar steel blade,” Senior animator Adam “Cattlegrid” Turnbull said. “To hint at this, we wanted to keep his steel blade attacks quick, while his azakana blade swings in large arcs, emphasizing its weight and size.”

As a result, Yone is able to jump in and out of teamfights while staying relatively healthy. But his ultimate ability, aptly named Fate Sealed, gives him a blink to the last champion struck, much like an assassin. This creates a mixed champion style where he can zip in and out of a skirmish but can also strike the backline with ease after a well-timed ultimate.

Yone’s ultimate also knocks up enemy champions and pulls them toward him. This means he has the perfect set up for his brother, Yasuo, who can activate his Last Breath ability on any airborne targets. We could see some Yasuo and Yone bottom lane duos in the future.

Fans will have to wait until Patch 10.16 for Yone to drop onto League‘s live servers.