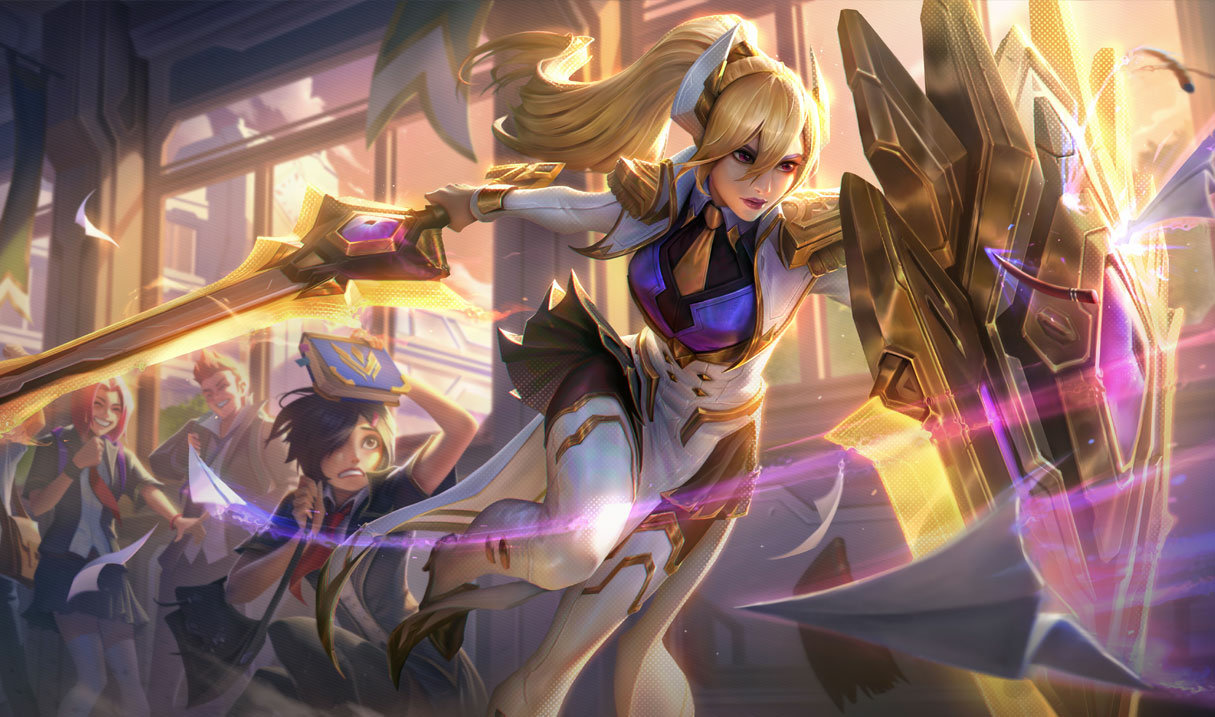 More gold is heading to League of Legends throughout the year. Though while this gold shines, other valuable content won’t be coming this year as previously intended.

In a new game update post, Riot revealed that more Prestige skins are heading into the game during the rest of 2021, including those for new skins and older ones. Fiora, Lulu, Sylas, and the recently announced skin for Pantheon have all received their planned Prestige skin variants for this year. But Kayn, Volibear, and Brand are expected to receive one for their new skins coming by the end of the year.

LeBlanc will also be joining these Prestige skins, all of which are solely obtainable through their respective events—meaning that after the event is over, they’ll no longer be available for purchase. It’s unknown if these Prestige skins will be making a purchasable return to the game in the future, though all Prestige skins have a small chance at dropping through chests and skin shards.

The skins that will encompass this year’s Prestige Points shop are Battle Academia Leona, Conqueror Jax, PROJECT: Zed, and an unannounced Prestige edition for an older Morgana skin. Riot said this skin costs 975 RP normally for Morgana, so it’ll be adding visual effects to the Prestige skin that reaches the standard of what it expects from this cosmetic rarity.

As previously announced, these skins will join the 2020 Prestige Point shop skins—True Damage Senna, Coven Zyra, Arcanist Zoe, True Damage Yasuo, and Star Guardian Soraka—when the shop reopens later this year. Prestige Points earned in 2020 and 2021 can be used on any of these skins, regardless of when they were released.

Riot also revealed in this game update that the planned “Mythic Content Overhaul”—which changes the structure of Gemstones and Hextech skins that have not aged well with the rest of the game—has been delayed. This delay is due to many staff members who were originally working on the project being shifted over to other priorities across Riot’s various games. Thus, the overhaul is now looking at a 2022 launch.

With this Mythic Content Overhaul, Gemstones will be completely removed from League and replaced with a new Mythic-themed currency that can be used to unlock even more “exclusive content.” Riot also said one of the goals with this new system is enabling players to unlock a Prestige skin by consistently playing the game and without spending any money. But details on this have yet to be revealed.

Players can look forward to new Prestige skins for Kayn, Volibear, Brand, LeBlanc, and Morgana being released before the end of 2021, as well as the return of the Prestige Point shop at a later, unannounced date.