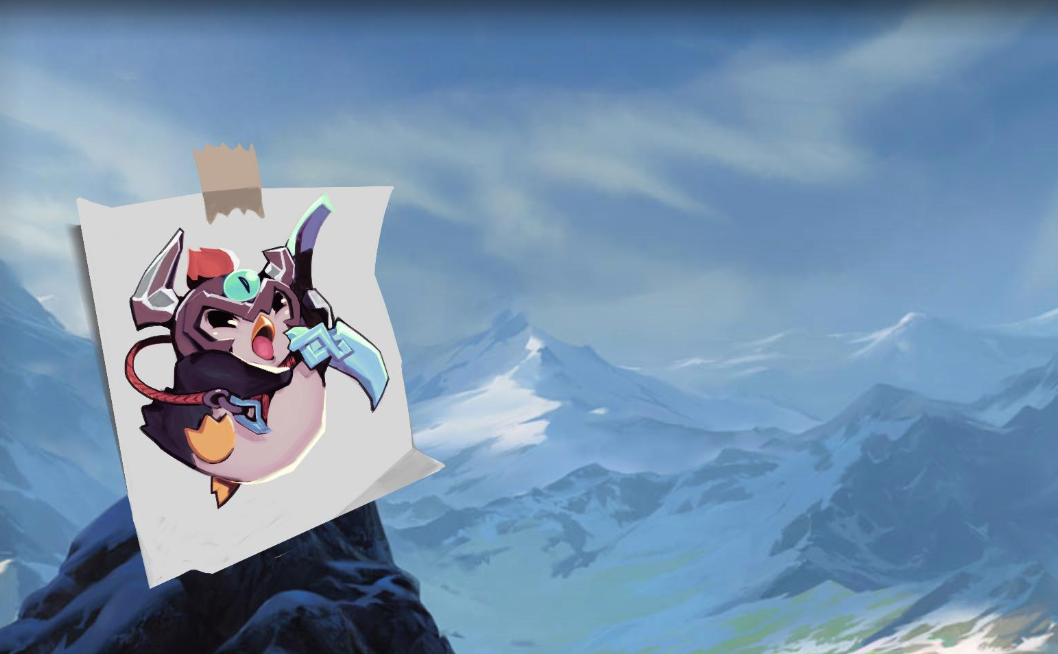 Today’s April Fools’ Day prank involves a Freljordian penguin, known as “the Guide,” who “leaves behind a trail of destruction.” Riot even designed abilities for Pingu with accompanying videos that depict what his kit looks like using crayons and stick figures.

Pingu’s passive, Bird is the Word, swaps any AP damage into AD damage and vice versa. And the Guide’s Splish-Splash (Q) ability does exactly that—he splashes in a puddle of water in such a cute fashion that it stuns enemies for two seconds.

The penguin’s ultimate, Blizzard of Doom, devastates opponents by flapping his wings frantically. Though that sounds powerful as it is, when you ace the enemy team, Pingu puts on a pair of sunglasses.

While the origins of Pingu are “unknown,” some believe that he entered Runeterra through The Void. And once he escaped his 1,000-year prison, he self-appointed himself the newest member of the Fields of Justice. When Ionia and Noxus “voiced their concern,” the penguin threw a tantrum that destroyed “several villages and landscapes.” Nobody knows Pingu’s current whereabouts, but everybody is searching for a way to lock him up forever.

Riot initially “leaked” images of Pingu’s one-horned helmet and scythe on Reddit, claiming the new champion was “rumored” to be named Aidyn. But it appears it was all in April Fools’ Day jest.