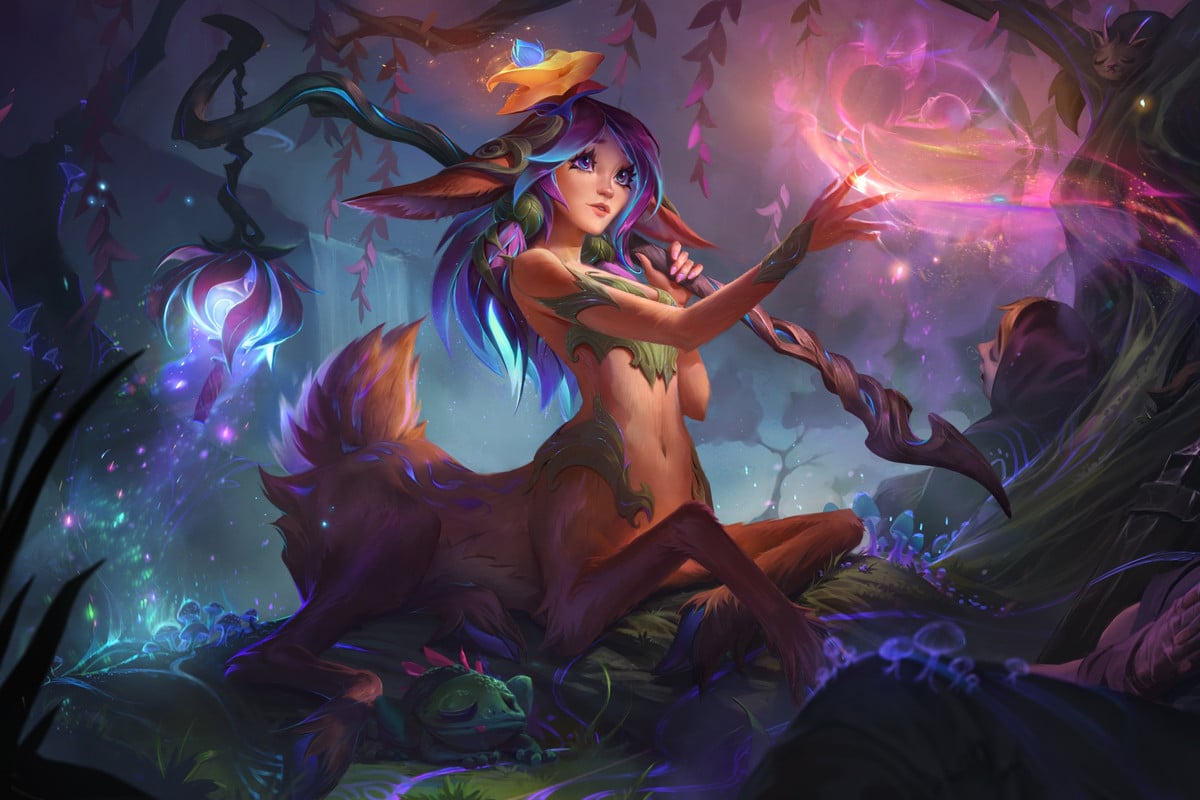 The next League of Legends champion has been unveiled.

Half fawn, half human, Lillia is a magical, forest-dwelling, staff-wielding jungle champion.

Best friend of Ivern, Lillia uses nature, magic, and dreams to protect her allies, and take down her enemies on the Rift.

She’s an aggressive jungle-focused champion that deals true and magic damage with just a wave of her staff. Lillia has slows, snares, and can even put her enemies to sleep, in a similar fashion to Zoe—but dealing damage is her specialty.

She’s ridiculously cute, she has a thick Scottish accent, and she could easily be the illegitimate child of Neeko and Hecarim (Neekarim?) but that doesn’t mean she should be underestimated.

To coincide with the new Spirit Blossom skin line, Lillia is expected to release sometime in Patch 10.15, starting Wednesday, July 22.

Here are all of Lillia’s abilities.