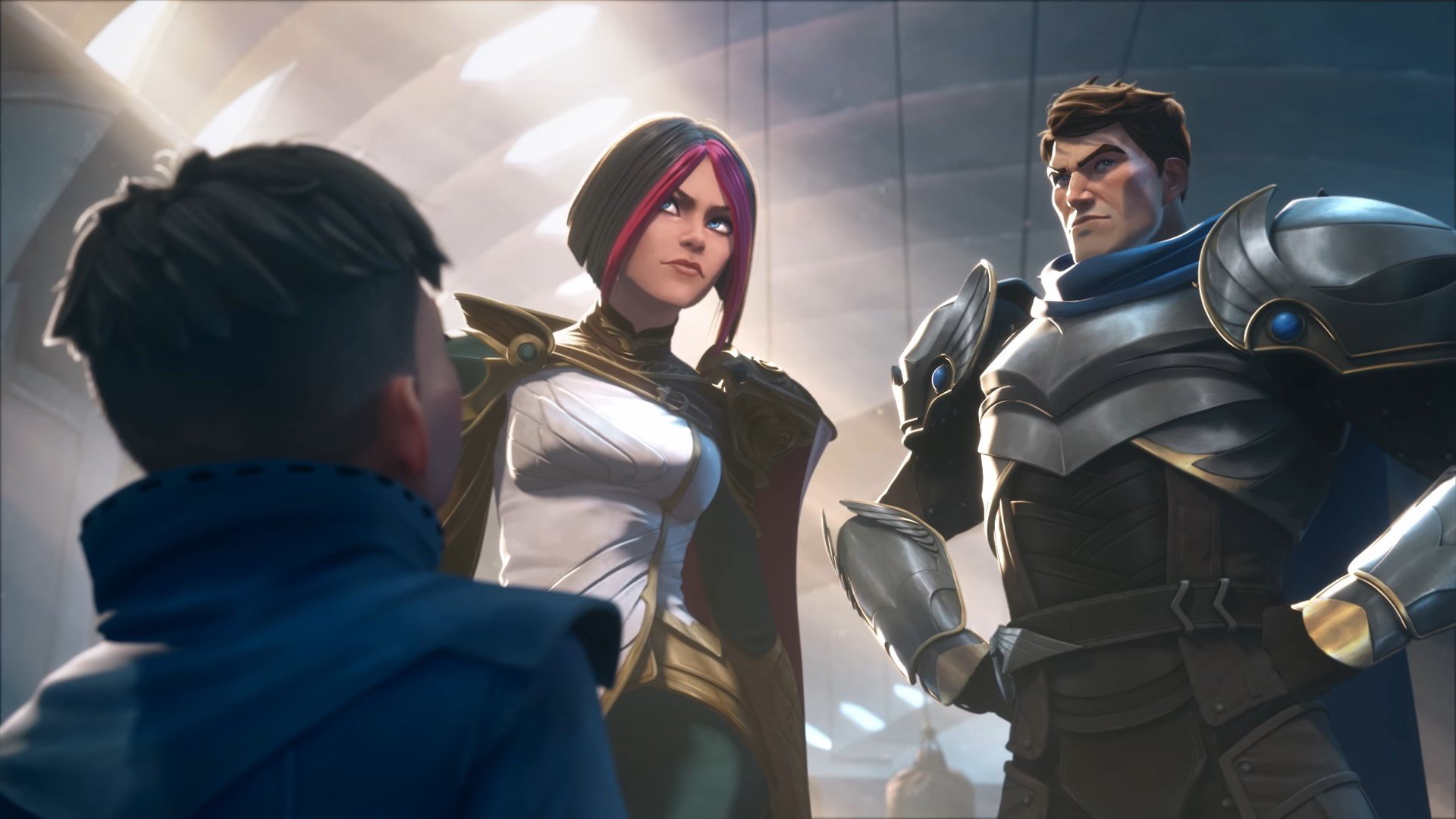 If you were looking for more League of Legends lore, then you’re in luck. Riot Games released its first short video in the Tales of Runeterra video series today, starting with a focus on Garen, Fiora, and the glorious kingdom of Demacia.

“Before Glory” begins in the city of Ehrenmount, where two young children are watching the army train. The two aspiring heroes manage to sneak into a Demacian training arena while mimicking two of their idols, Garen and Fiora. In their imagination, they’re furiously battling a menacing dragon. But, in reality, they’re losing to a couple of spinning training dummies.

The video transitioned back and forth between the children and Garen and Fiora in battle—before they’re eventually knocked to the ground by their recklessness. As they lay on the ground, they wondered how they could learn how to fight like their heroes. Suddenly, Garen and Fiora appear in front of them, picking them up off their back.

As the children dust themselves off, Garen and Fiora give them some good advice about not focusing on glory in the adventures they seek—even though Fiora does stun the kids into silence with her intensity. The video ends with a dragon’s roar and both Demacian warriors jumping into action.

Tales of Runeterra was teased by Riot three months ago in a developer’s update video about the lore. This was the first of many videos that will be released this year. One video is confirmed to be located in Ionia, centered around Akali, Shen, and the Kinkou Order.

There are plenty of League fans who have loved the increase of lore-based videos and stories that have popped up over the past few months. From Fiddlesticks’ new lore to the new Zed comics, we’re sure to get an even deeper dive into the wonderful world of Runeterra as the year goes on.