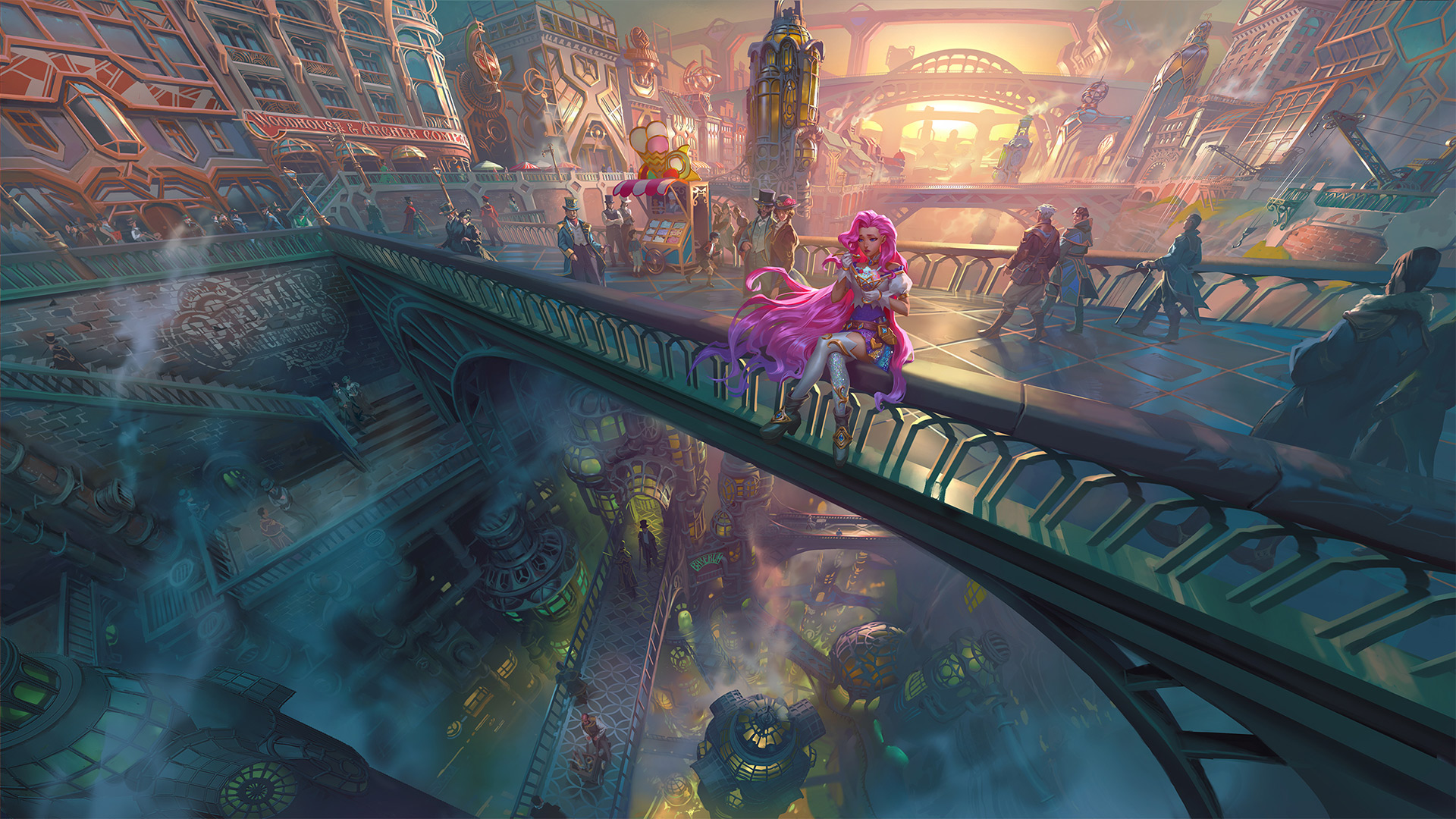 In the League of Legends universe, Zaun and Piltover are two of many polar opposite regions in Runeterra. The former is dark, seedy, and dangerous, while the latter is a bright, prosperous city. And in Riot Games’ two new short stories released today, League fans get to explore both sides with Seraphine and Singed.

In Seraphine’s short story, titled “Standing Room Only,” fans get a glimpse into how the Starry-Eyed Songstress’ powers work. The up-and-coming pop star preps for a show she’s about to hold in Piltover, but a chorus of voices that only she can hear within her head distracts her for a moment.

With the help of a Zaunite man and a Piltovan woman, however, Seraphine is able to find her confidence by voicing their own thoughts and stories through her song. Both people are completely different in circumstance, with unique problems ailing them in their lives.

Even still, their voices also harmonize beautifully through their shared love of their own work. Seraphine channels that into a song that brings together Zaun and Piltover—even for just a fleeting moment.

On the other side, Singed is at it again with his twisted experiments in the short story, “The Host.” Readers find themselves in the perspective of two men who have become subjects named Thinker and Breaker.

Singed tortures both men by blasting them with ice-cold sump water until they’re able to come together and escape with the culmination of their combined strengths—one is smart, while the other is incredibly strong. Unfortunately, the ending is anything but happy for this desperate duo.

Both stories are great examples of what Zaun and Piltover can be. One side is hopeful and shining, while the other is filled with despair and darkness.