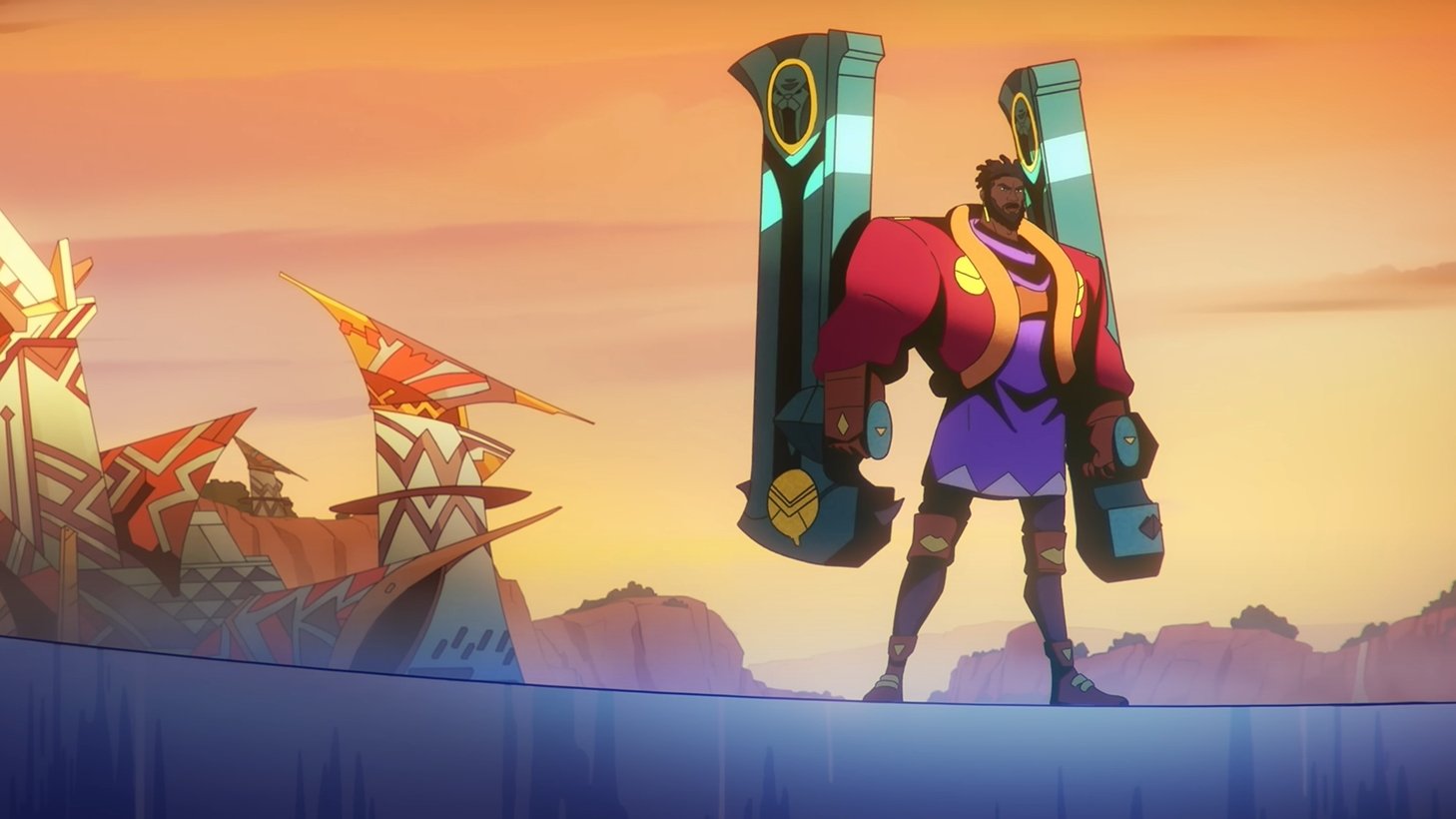 A new Shuriman champion is arriving on Summoner’s Rift, and for the first time in years, they fulfill the main role of a top lane tank.

Following teasers through the recent preseason overview and a lore vignette, Riot Games has officially revealed K’Sante, the Pride of Nazumah. K’Sante is the first pure tank to be added to the game’s evolving cast since Ornn in 2017, though it is unclear when exactly he will be added to the game. Players should expect K’Sante to release to live servers in Patch 12.21 and be available for testing on the PBE soon.

K’Sante hails from Nazumah, an area of Shurima that does not worship Azir. He was described in the preseason video as having successfully taken down a large foe and turning its hide into weapons known as “ntofos,” which are “huge, blunt weapons” that he can also turn into blades. He was also revealed to be League‘s first Black LGBTQ+ champion, a feat that voice actor DeObia Oparei said he was glad to “make history” with.

In K’Sante’s official reveal video, we learn that he is dubbed the “Hunter,” and his love is similarly known as just the “Archer.” They fought for the defense of Nazumah, with K’Sante leaning on his raw strength and skill, sometimes to the dismay of the Archer, who wanted him to hone his incredible power through the lens of finesse and strategy. K’Sante’s biggest monster is the arrogance he showed in spurning the advice of the Archer.

Riot previously announced that Lil Nas X, who wrote and will perform this year’s Worlds anthem “STAR WALKIN’,” will be working with the skin creation team to create Prestige Empyrean K’Sante, which will be available for purchase during the upcoming Worlds event. This likely means that Empyrean K’Sante will be the champion’s release skin, though that skin line has never appeared in League before, so it is unclear what he may look like in it.

K’Sante’s release falls within the duration of the Worlds 2022 event, which features skins from the Spirit Blossom universe, Bewitching universe, and likely the upcoming Empyrean universe. It is unclear what champions will be receiving Empyrean skins, though they are likely to be revealed in next week’s PBE preview.

K’Sante is expected to arrive on League’s live servers in either Patch 12.21, alongside the start of the upcoming preseason. He and his release skin will likely be available for testing on the PBE in the coming days, as well as further information about what exactly his abilities do.