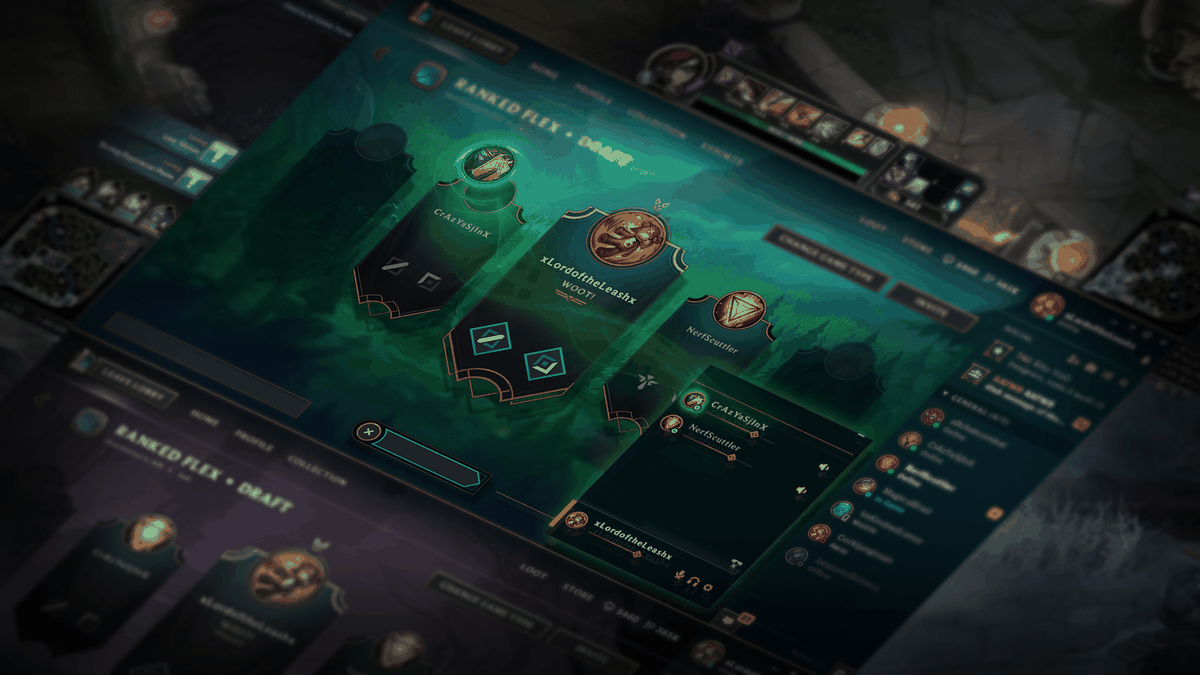 Riot’s design team has officially begun production on a new voice chat feature, according to the developer’s announcement today.

Huge changes are also underway for the in-game party system, including a new open party mode that allows any friend to join your party without inviting them, the ability to add teammates to your party after a game, and more changes to party eligibility for ranked queues.

The new open party feature will function like a Discord or TeamSpeak server, where your party will be perpetually open for players in your friends list to join and drop out without the need for invites or invite privileges.

Along with these changes, you will now be able to add anyone in your friends list to your ranked parties, regardless of their rank. Rather than the client not allowing you to add them to your party if they aren’t eligible to play a certain mode, it will now stop you from queueing up if they aren’t eligible instead. This way, you’ll be able to change to a game mode that your whole party is eligible for without having to remake the lobby.

Riot confirmed in March that it is brainstorming the best way to implement voice comms in League of Legends, but it’s been relatively silent on that front since then. Now, though, the company is producing the new feature. But unfortunately, it isn’t quite what you’d imagine.

Rather than being able to communicate with anyone in your game, like Blizzard Entertainment’s Overwatch, you’ll only be able to speak with those in your premade party. It will function similarly to chat apps such as Discord, but now it’ll be ingrained into the client. This, combined with the new open party feature, will make League parties even more similar to traditional voice servers.

No timeline was given on when these new features will be ready to test on the PBE, but if Riot is developing them now, hopefully it will be sometime during season eight.