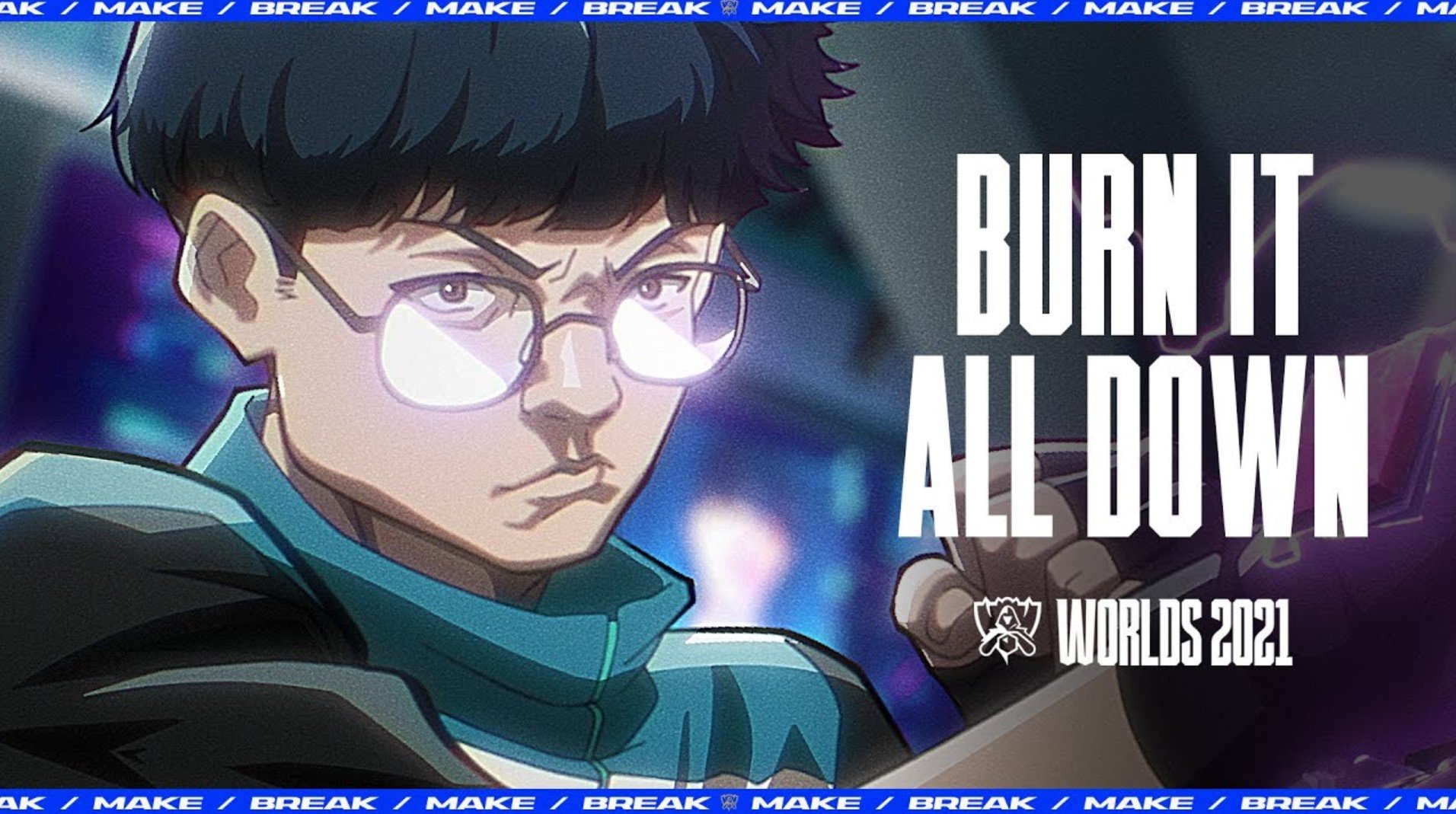 The song is titled “Burn it All Down” and features lead vocals from pop music group PVRIS. The track itself is built on a heavy techno inspiration with a punching bassline and up-tempo melody throughout its three-and-a-half-minute runtime.

As is tradition with the annual Worlds song, the music video for “Burn it All Down” features countless animated League of Legends pros who have all been to the World Championship in years past. Players at this year’s tournament who were featured in the music video included EDward Gaming AD Carry Viper, DWG KIA mid laner ShowMaker, and Hanwha Life Esports mid laner Chovy, among others.

Additionally, some players who failed to qualify for this year’s tournament, including TSM mid laner PowerOfEvil and G2 Esports AD Carry Rekkles, were also featured in the music video for “Burn it All Down”.

Unlike the last three World Championships, there will be no supplemental release by one of League’s in-game pop bands, namely K/DA or True Damage, alongside the official Worlds anthem.

With that being said, though, this year’s Worlds song comes at the tail-end of an incredibly busy year for Riot Games’ music department. With the release of an instrumental album in Sessions: Vi back in July and the return of the company’s in-house metal band Pentakill earlier this month, Riot’s music team has been pumping out new releases throughout the entire back half of 2021.

“Burn it All Down” is now available to stream via major music streaming services. The League of Legends World Championship begins on Oct. 5 at 6am CT.