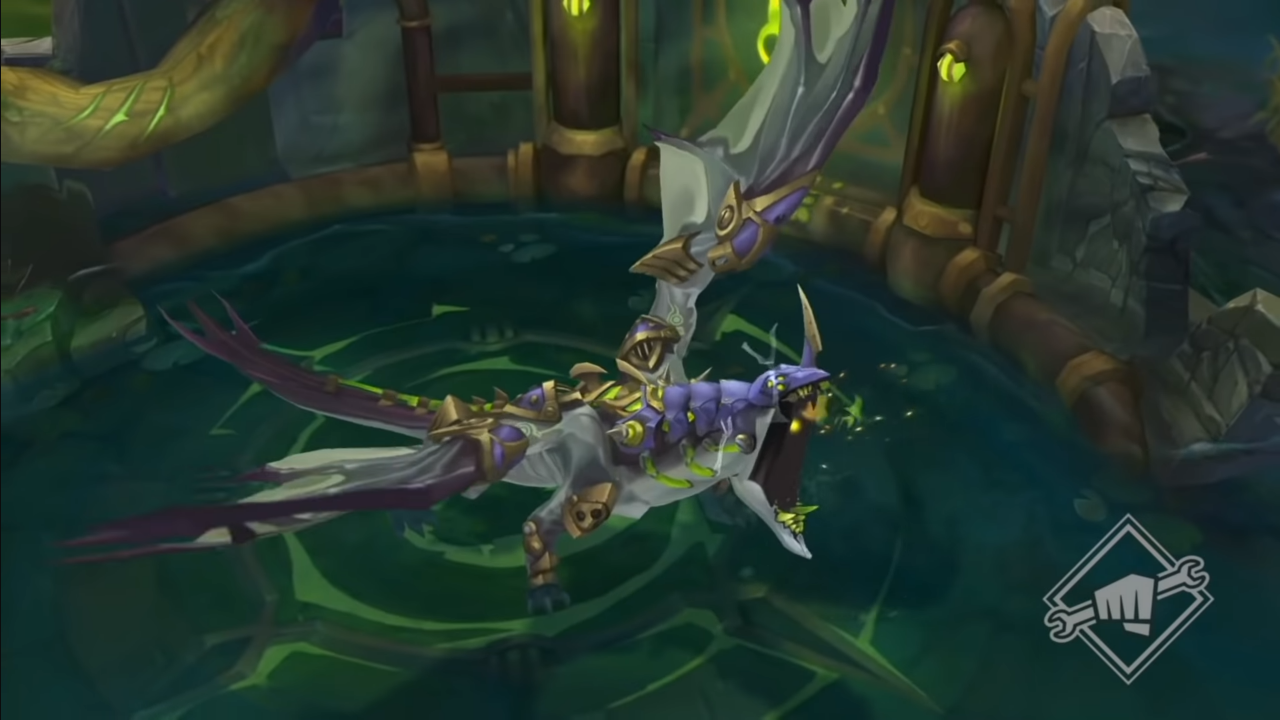 If you thought there wasn’t enough variety in League of Legends, then you’ll be glad to know that there’s a ton of spice being added to the game next year. Riot Games revealed today that it’s adding two new dragon buffs to the game in the form of Hextech and Chemtech Dragons.

When the Hextech Dragon is defeated, all allies will gain additional ability haste and attack speed. When the Hextech Soul is acquired, that specific team will get a chain slow that works similarly to Statikk Shiv’s passive. Additionally, when the dragon takes over Summoner’s Rift, it will place Hextech Gates that will allow players to teleport to set locations around the map.

The Chemtech Dragon, on the other hand, will give a team increased damage when their health is low. If you capture the soul for this drake, it will give your team a zombie state that allows you to revive temporarily and continue to fight.

This is the exact same effect as Sion’s passive ability, Glory in Death, except that the champion can use abilities and normal auto attacks. Meanwhile, the Rift-wide effect that the Chemtech Drake brings might be a highly discussed change among the League community since it creates camouflage zones around specific places on the map.

“Our goal is to add more unique encounters and meaningful strategy to the mid and late game,” Riot’s lead gameplay producer Jeremy “Brightmoon” Lee said. “That said, these are some pretty big changes and we’re ready to adjust if they’re making too much [or] too little of an impact.”

Many people will be itching to try out these changes—and they won’t need to wait long. The new dragons will be hitting the League PBE in a couple of weeks, according to Riot Brightmoon.