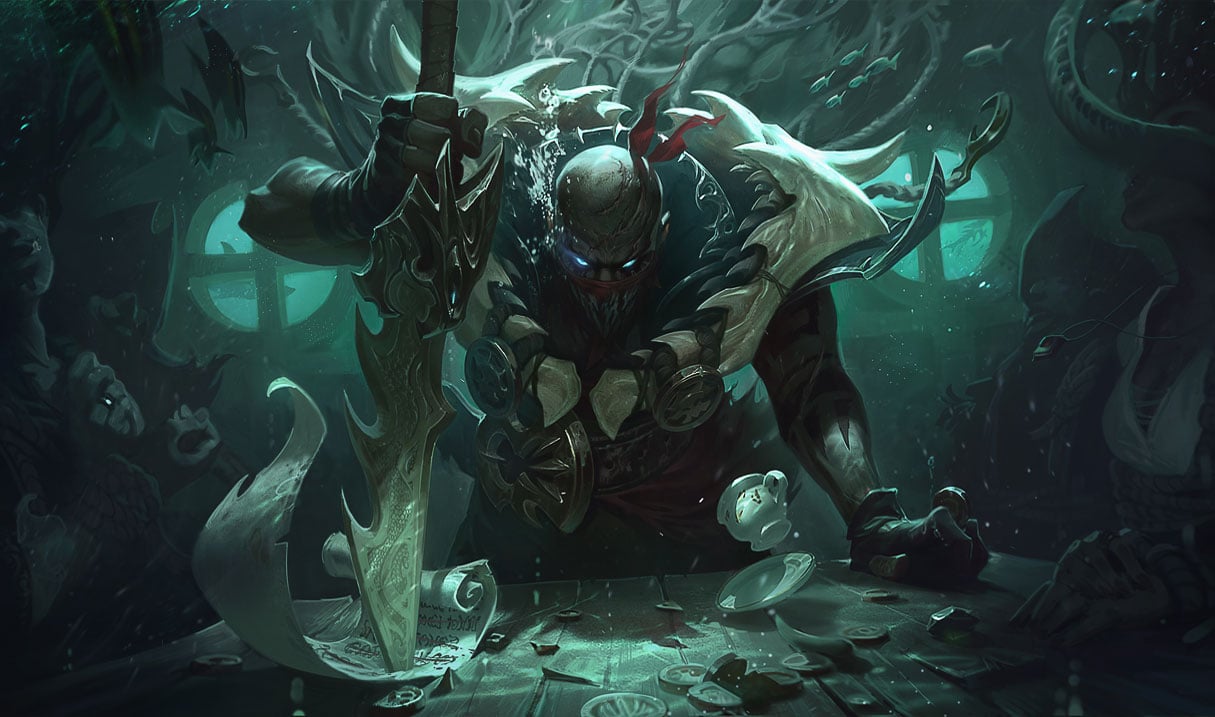 MSI 2019 saw the rise of top lane Pyke, thanks to creative drafting choices from G2 Esports and Martin “Wunder” Hansen. It worked surprisingly well—with Pyke’s passive regeneration and great crowd control, the champion could survive in the lane and set up ganks perfectly. Unfortunately, Riot might be putting a stop to this strategy by changing Pyke’s kit for Patch 9.12.

The Bloodharbor Ripper is getting a big shift in his abilities, with his passive ability now moving to his W, Ghostwater Dive. Now, depending on level, Pyke will regain 30/40/50/60/70 percent of damage he has recently taken from champions.

The movement speed Pyke gains from his W ability will also depend on his level, as he will now get an speed increase of 30/40/50/60/70 percent, decaying to 0 percent over five seconds. Lead designer David “Repertoir” Capurro explained his thought process over the possible Pyke changes.

“Requiring a point in W to access the sustain hopefully comes as a relatively larger cost to solo Pyke, where he’d be vulnerable to very early harass if he doesn’t rank the spell, and wouldn’t have a combat spell if he does,” Repertoir said.

Luckily, Pyke’s Q ability Bone Skewer will have its cooldown reduced from 14/12.5/11/9.5/8 seconds to 12/11/10/9/8 seconds. Repertoir said that this lower cooldown should make it “less painful to not rank it immediately.” It is unfortunate for Pyke top enthusiasts, but great news for every other player on the Summoner’s Rift.