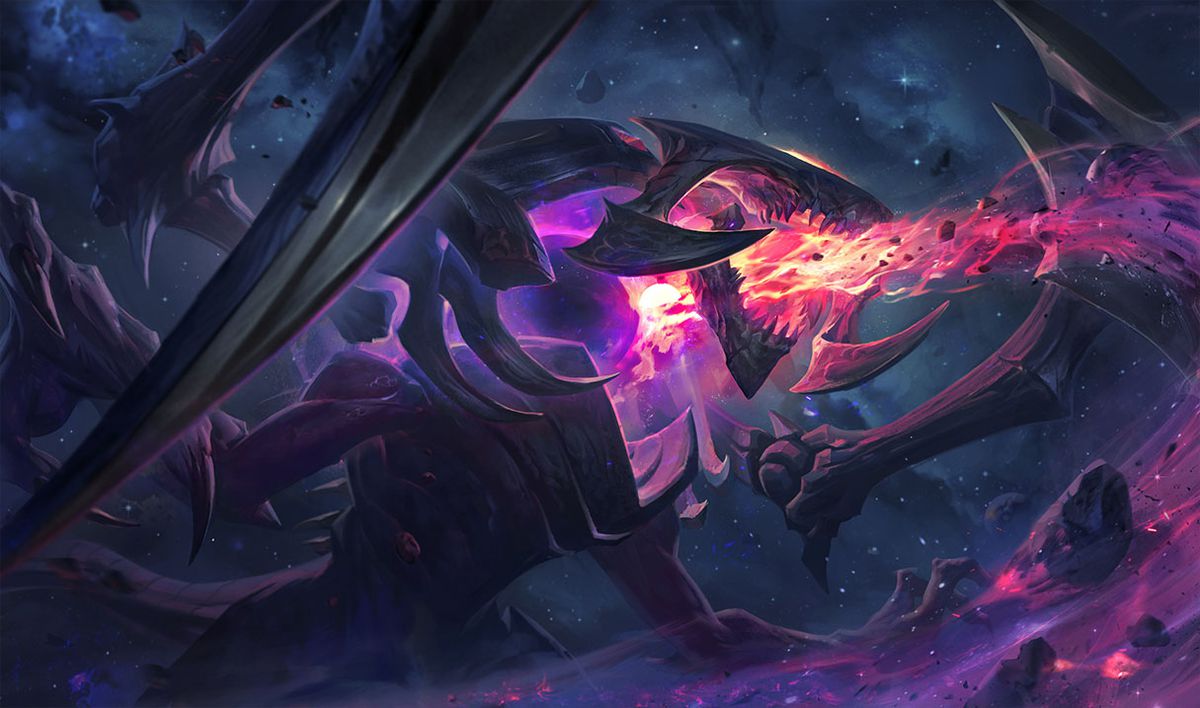 League of Legends’ next charity skin, Dark Star Cho’Gath, comes out today and will be on sale until Aug. 10. This charity skin has a lot more weight behind it than last year’s Championship Ashe, however.

For its charity drive Riot has picked 20 different regional non-profits around the globe. The US-based charity that will receive 100 percent of the profits from Dark Star Cho’Gath, which was first teased with a PBE preview in May, as well as its emote, icon, and bundle, is the Make-a-Wish Foundation.

All of that is on-par with the charity skin that launched last year, Championship Ashe, with Riot allowing players to vote on a charity to send the profits to. This year’s Dark Star Cho’Gath stands far above last year’s, as the journey to create it has been filled with emotion, passion, and Riot’s drive to help one boy named Bryan.

Bryan was diagnosed with cancer, and it was his wish to meet the creators of Riot Games and make a skin with them. Make-a-Wish is a charity that’s sole identity is founded on making wishes come true for those who need them most, and representatives for the company reached out to Riot to make this one happen, too.

From there on out, Bryan was involved every step of the way. First, a few teams from Riot emailed with Bryan and his family to decide on what sort of skin he wanted to explore. That was easy—his favorite champion is Cho’Gath, and he loves the Dark Star skin family. After that, Riot emailed back and forth with him to gather feedback, to get Bryan to act out part of the recall animation, and to keep him up to date with the entire process.

In March of last year, Bryan and his family were finally able to visit Riot’s HQ in Los Angeles, where he was able to get involved with the design process up close. Later that year, during Riot’s Thunderdome, an in-house hackathon of sorts, the skin team finished it. During that process, they became so passionate about it that they chose to release it globally with the ultimate goal of supporting non-profits around the world.

Since Make-a-Wish was the non-profit that put this entire plan into motion to begin with, it makes a lot of sense that it was chosen by Riot to receive the proceeds from the skin. Another charity event was scheduled to happen around the same time as the skin release, according to Riot’s “Head of Karma” Jeff Burrell.

“We were looking to launch another campaign given the reception of the Championship Ashe fundraiser from last year,” Burrell told Dot Esports. “When we realized we wanted to ship Dark Star Cho’Gath live for players, we saw a clear fit.”

During Dark Star Cho’Gath’s event, you’ll be able to buy the skin and bundle items for about a month. Afterward, though, you won’t be able to buy the skin anymore until it returns six months later, but then it’ll only be available to craft with gemstones. Since Riot is also covering all the transfer and service fees for moving the funds to Make-a-Wish, every single dollar spent on this event from players will make it to the non-profit.

At minimum, Riot will donate $10,000 to each charity it’s chosen around the globe if any region doesn’t meet that number.

This skin will go live until Aug. 10, so be sure to pick it up now to help out the Make-a-Wish Foundation, or whichever charity Riot chose for your region. On a happy note, we asked Riot how Bryan is doing now and according to Burrell he’s healthy and in remission.