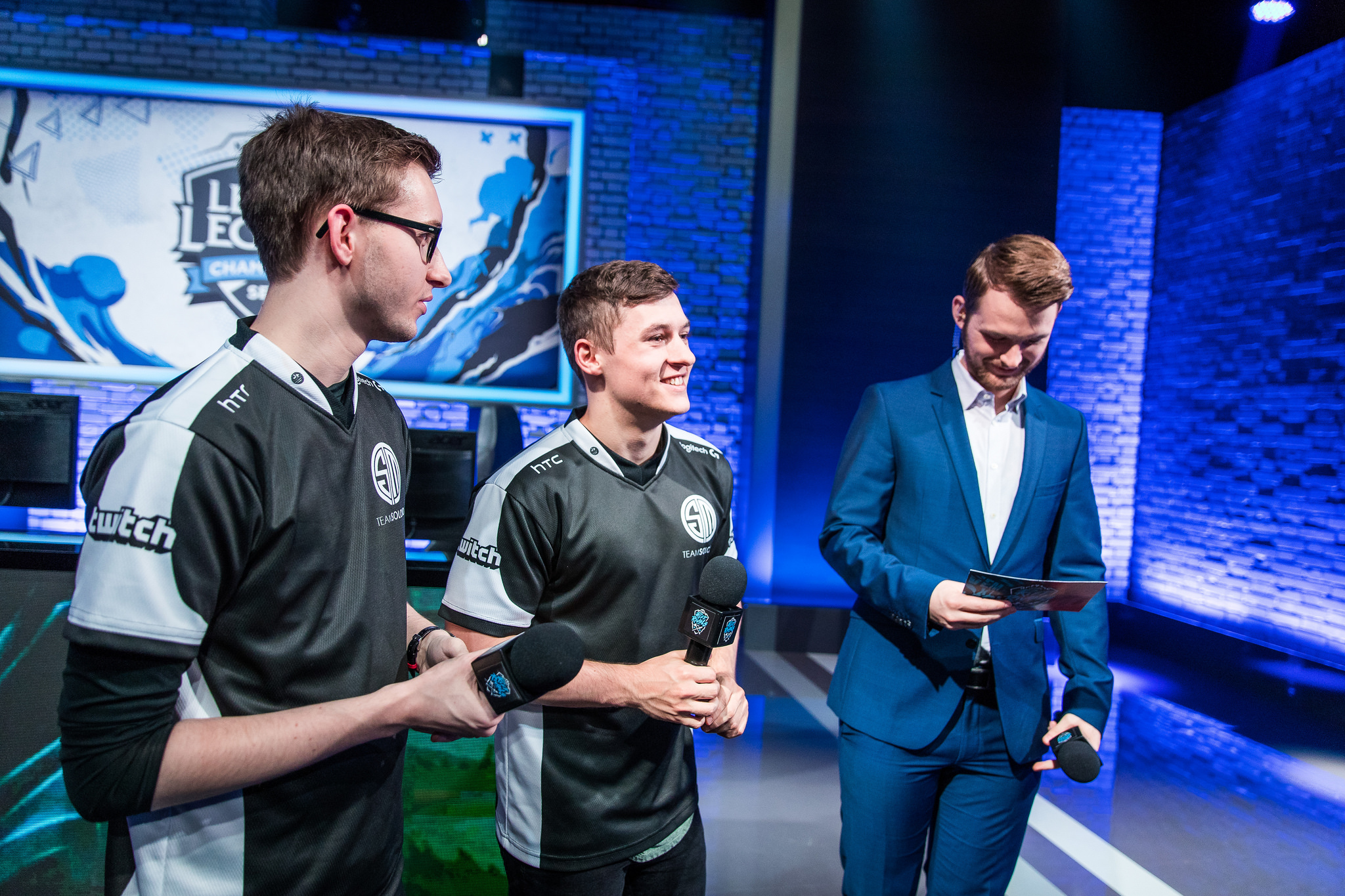 One result was made clear at the inaugural Rift Rivals tournament between North America and Europe: mid laners from Europe dominated.

But we’re not referring to players on the sides of G2, Fnatic, or Unicorns of Love, the three European teams. Rather, all three North American teams sported mid laners imported from Europe. Ok, sure, Sure Yoo “Ryu” Sang-ook is originally from South Korean, but he played with H2K before joining Phoenix1 this year. Soren “Bjergsen” Bjerg and Nicolaj Jensen are part of the great lineage of Danish mid laners.

Riot’s announcement that franchising was coming to the NA LCS sparked multiple conversations of how the new league should be run. One rule some owners wanted to rethink was region locking, which limits each team to two imports playing at a time. To Whinston, that rule doesn’t go far enough.

In a roundtable discussion hosted by Duncan “Thorin” Shields, owners Jack Etienne of Cloud9 and Whinston brought up opposing viewpoints. To Etienne, Riot should promote rules that elevate the level of play in the region; if that means more imports, so be it. Of course, this is also how he’s chosen to build his own team.

Whinston has also brought in imports to Immortals, but only because league rules permit it. His preference, however, would be a rule to eliminate imports entirely. The reason? “Everything gets impacted by fandom,” Whinston said. “Economics, viewership, sponsorship, broadcast rights, everything is based on A) how many people watch your content, and B) how engaging your content [is].”

It’s all about the fans

To Whinston, fans are more likely to engage with players from their own cultural and linguistic background. “I’m of the opinion that your content is more engaging—I’m not saying you should cut out every foreign player—I’m just saying allowing unlimited foreign players into a league is not the best way of building local fan bases.”

The best solution, Whinston said, would be permanent barriers to entry. “This is a permanent thing,” he said. “You can’t take your fanbase’s engagement for granted, you always have to be creating new fans.”

Whinston’s prime example is the struggle traditional sports have experienced adding new fans as their current fanbases age. Over the last several years, both the MLB and the NFL have seen an increase in average viewer age. Baseball and football’s focus and adherence to tradition, antiquated approaches to technology, slow pace of play, and lack of innovation is alienating young fans.

But sports like baseball are only encountering these issues after over a century of play. Surely the dynamic would be different in a new sport like League of Legends? Whinston doesn’t think so. In fact, he sees very real threats in the next few years.

For example, Riot’s current rules allow foreign players to claim resident status for their current region after playing for three years. Players like Bjergsen can already claim resident status, and the program will expand rapidly in coming years. “By the end of 2018, we could look at a team having a full Korean roster,” Whinston said. “These players are coming over to North America, it takes a lot of courage to do that. I don’t want to punish them for that. But at the same time we need to think about what creates the best environment for esports to grow in.”

Whinston believes the three-year delay helps, but it’s a small measure, especially on an issue that threatens the survival of the league.

One way traditional sports have tried to expand their fanbases is by growing them geographically. Every major American sport is now heavily invested into promoting their league in other countries. Even the NFL is promoting American football abroad.

But Riot already has major leagues in other regions—it’s not the job of NA LCS teams to engage with Korean fans, for example. Whinston believes that the regional specialization Riot has created should be preserved and highlighted. He points to his own Brazilian CS:GO team, which competes on an international circuit, as an example: “Our engagement from the Brazilian fanbase is incredible, but it’s very difficult to build a North American fanbase for a Brazilian team.”

In reality, the biggest challenge isn’t really about region locking at all. Esports are growing in an unprecedented era. Lessons can be learned from traditional sports, but the comparisons are all spotty, and uncertainty is rife. There just isn’t good data to say who is right.

While Whinston is unequivocal in his view that region locking is for the good of the league as a whole, he acknowledges that the future is murky. Everyone’s operating under assumptions with limited data. “There are shades of grey here,” he said. “That’s why it’s hard to come up with one right answer because it’s just opinions on what exact shade of grey it should be. And the answer is, we’re never going to know until we test it out.”

That’s another reason Whinston and the other owners were so interested in franchising. The hope then is, that with a more stable, franchised league, Riot, the teams, and the players can more easily come up with the right shade of grey—together.