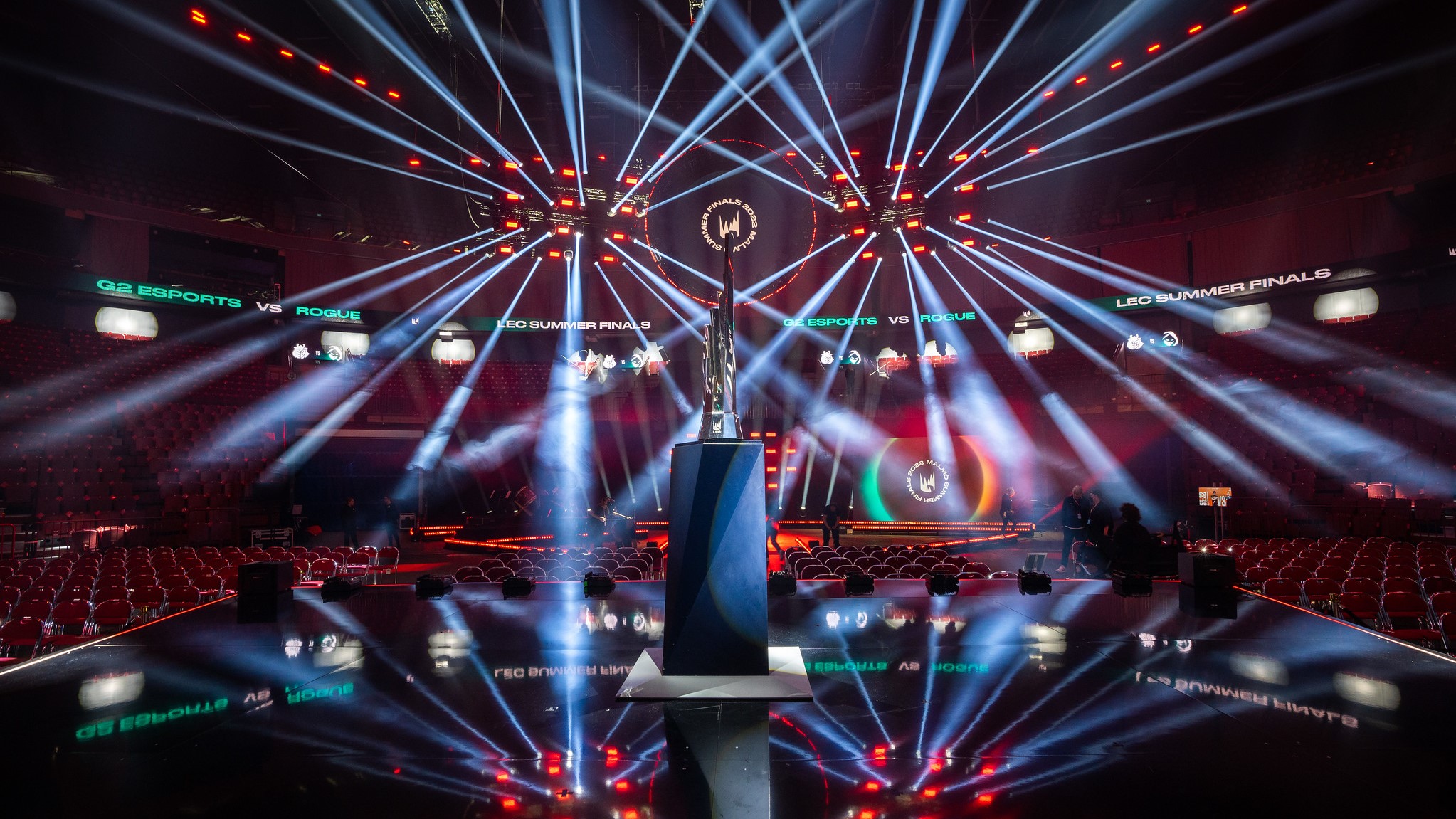 The League of Legends European esport ecosystem will undergo drastic changes in 2023. During a press conference from the LEC Studio in Berlin, Riot Games revealed its plans for the second decade of its esport competitions in Europe. These changes are aimed at enhancing the level of competition in the Europe, Middle East, and Africa (EMEA) region by giving more players a platform to showcase their talent.

Key development include significant changes to the LEC, a rename, a new system for the ERLs, and the merging of Turkey, CIS states, the Middle East, and Africa to Europe to have one single competitive region under the acronym “EMEA.” According to Riot, LoL Esports aspires to become the future of sports in EMEA through these changes to the ecosystem, looking to unite fans across the region through “their love of the sport.”

Starting in 2023, the LEC will be named the League of Legends EMEA Championships, a competition that will take place across three splits divided into Winter, Spring, and Summer. In addition to that, Riot is introducing the LEC Season Finals, the culmination of the regional competitive year.

Each split will begin with a single, best-of-one round-robin competition. If we take into consideration the past schedule of the initial phases of the LEC regular season, that first step would take nine days of competition with five best-of-ones each day. This will then be followed by a best-of-threedouble-elimination group stage featuring the top eight teams. With 14 matches to be played and a potential of 42 games, this section of the competition could take another seven days if two best-of-threes are played in one day. The tournament will then conclude with a double-elimination best-of-five playoffs stage among the top four teams remaining. Since in League’s esports only one best-of-five is usually played per day, this would add another six days to the split.

In one LEC split fans will see 65 matches, with potentially up to 117 games being played.

The EMEA yearly competition will culminate with the LEC Season Finals. The last tournament of the season will feature the six best-performing teams from the entire year,  with split winners qualifying automatically. The LEC Season Finals will also bring to fans a roadshow event on the last weekend of the competition, which will also crown the teams who will represent the region at the World Championship.

The global head of League of Legends esports, Naz Aletaha, said the EMEA region has been in a “constant state of evolution” over the last decade of the competition. She continued by explaining Riot is dedicated to “building on top of the foundation” laid in the past 10 years to grow the competitive ecosystem to a “meaningful, multi-tiered ecosystem.” All the changes announced in the press conferences have the ultimate objective to maintain the “upward trajectory” of the League ecosystem in the EMEA region for “many” years to come.