Riot Games reveals skins for its Cats vs. Dogs 2019 event

It’s going to be raining cats and dogs on the Summoner’s Rift. 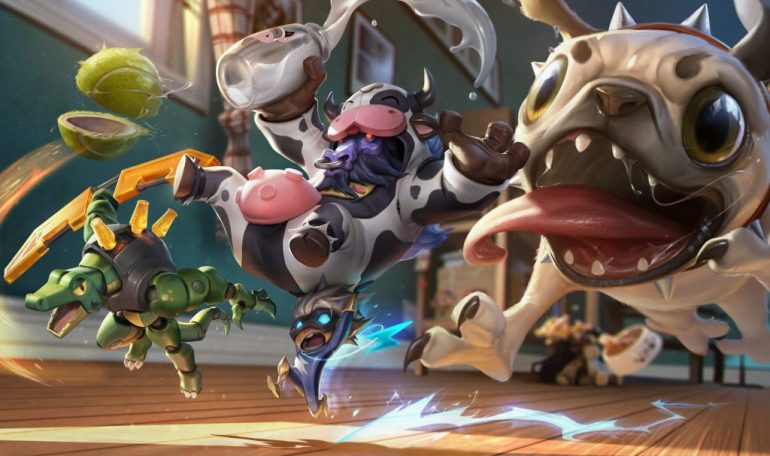 For all the animal lovers that also play League of Legends, get your wallets ready. Riot Games is adding four new skins for its Cats vs. Dogs event this year. The four champions getting the new cosmetics are Fizz, Corki, Rengar, and Yorick.

On Team Dog, Fizz is actually being transformed into a canine companion. His ultimate is being changed—he now throws a tennis ball instead of a fish—and his shark has now turned into a lunging husky. Corki will be riding a corgi for his skin and launching chew toys as projectiles instead of rockets.

As for Team Cat, both Rengar and Yorick are wearing cat onesies. Rengar will be succumbing to his base feline instincts, as his recall animation shows him settling into a small box like the many cats we’ve seen on social media. Meanwhile, Yorick’s Dark Procession will now entrap enemies in a circle of cat plushies. It isn’t the Crazy Cat Lady Yorick skin that some people asked for in 2013, but it’s close enough.

This will be the third time that Riot has sent out cat and dog themed skins. The first time was with Maokai’s Meowkai skin, and the second time was with Kog’maw’s Pug’Maw skin. Both those skins were released for April Fools Day in 2016 and 2017, respectively. Additionally, you can expect Riot to include a plethora of cute chromas for these new skins as well.

This is a big change compared to past VS. events, like last year’s God-King Garen vs. God-King Darius event.
“It won’t be the usual ‘legendary vs. legendary edgelord’ skins,” said skins lead Carlos Giffoni in this year’s Skin Roadmap. “Instead, it’s going to be a much more lighthearted experience.” Hopefully, this events answers the age-old question: Who’s better, cats or dogs?