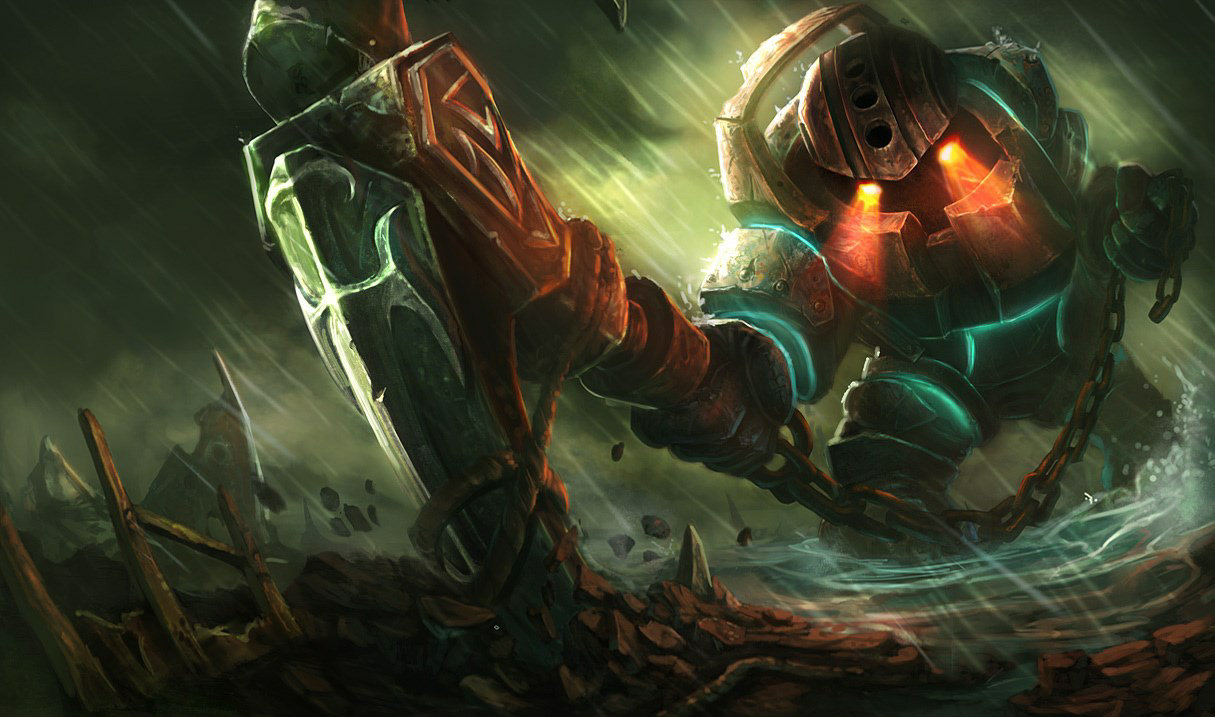 Nautilus doesn’t grow on trees—but he apparently does grow from plants.

League of Legends senior champion designer August Browning delivered yet another troll Nautilus meme yesterday, just in time for April Fools’ Day. In the new design, Nautilus makes an appearance in Zyra’s abilities to wreak havoc on any and all victims.

With a group of six seeds surrounding a Lux, Browning used Zyra’s ultimate to spawn plants that quickly turned into every solo queue player’s nightmare. As six Titans of the Depths emerged from Zyra’s plants, they quickly started their subterranean assault. The result was six anchors swinging simultaneously to deal a CC chain of destruction.

Nautilus has already taken several forms throughout these Riot memes. Last month, Browning tweaked Wukong’s Warrior Trickster (W) to turn the Monkey King and his decoy into an anchor-swinging Nautilus.

And Riot devs toyed with the underwater terror in February, giving him even more overpowered abilities.

One of the scarier Nautilus iterations gave him an anchor that took up the entirety of the mid lane, making the ability nearly impossible to dodge.

With many Rioters working from home due to the coronavirus pandemic, fans can likely expect more hilarious memes starring Nautilus.