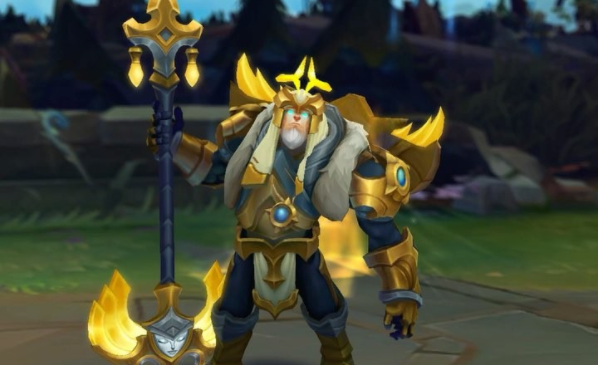 Today, on the official League of Legends Instagram, a miracle happened—a new skin was confirmed for Yorick.

No bamboozling here, Yorick is actually getting a new skin for the first time in six years, and it’s called Arclight Yorick. The teaser posted to League’s Instagram briefly showcases the new skin in all its glory. It will turn Yorick from the creepy old gravekeeper he’s always been into a shiny warrior of holiness and light.

The teaser was revealed alongside one for Beekeeper Singed, but let’s be honest, we’re all here for the Yorick skin. Don’t get me wrong, Beekeeper Singed is hilarious, but Singed has received Snowday and Plague Doctor skins in the past couple of years. Now, it’s Yorick’s time to shine.

Neither of the new skins have hit the PBE yet, but we’re right at the end of the current PBE cycle, so it’s not unreasonable to assume they’ll go up for testing later this week, possibly within the next couple of days.

With a new Shen skin possibly coming soon, this new Yorick skin, and a new Cassiopeia skin all teased this summer, before you know it, every champion sorely lacking a skin might have one soon.

Now, there’s only Jarvan, Karthus, Akali, Illaoi… okay, so maybe we’re not as close as we thought.