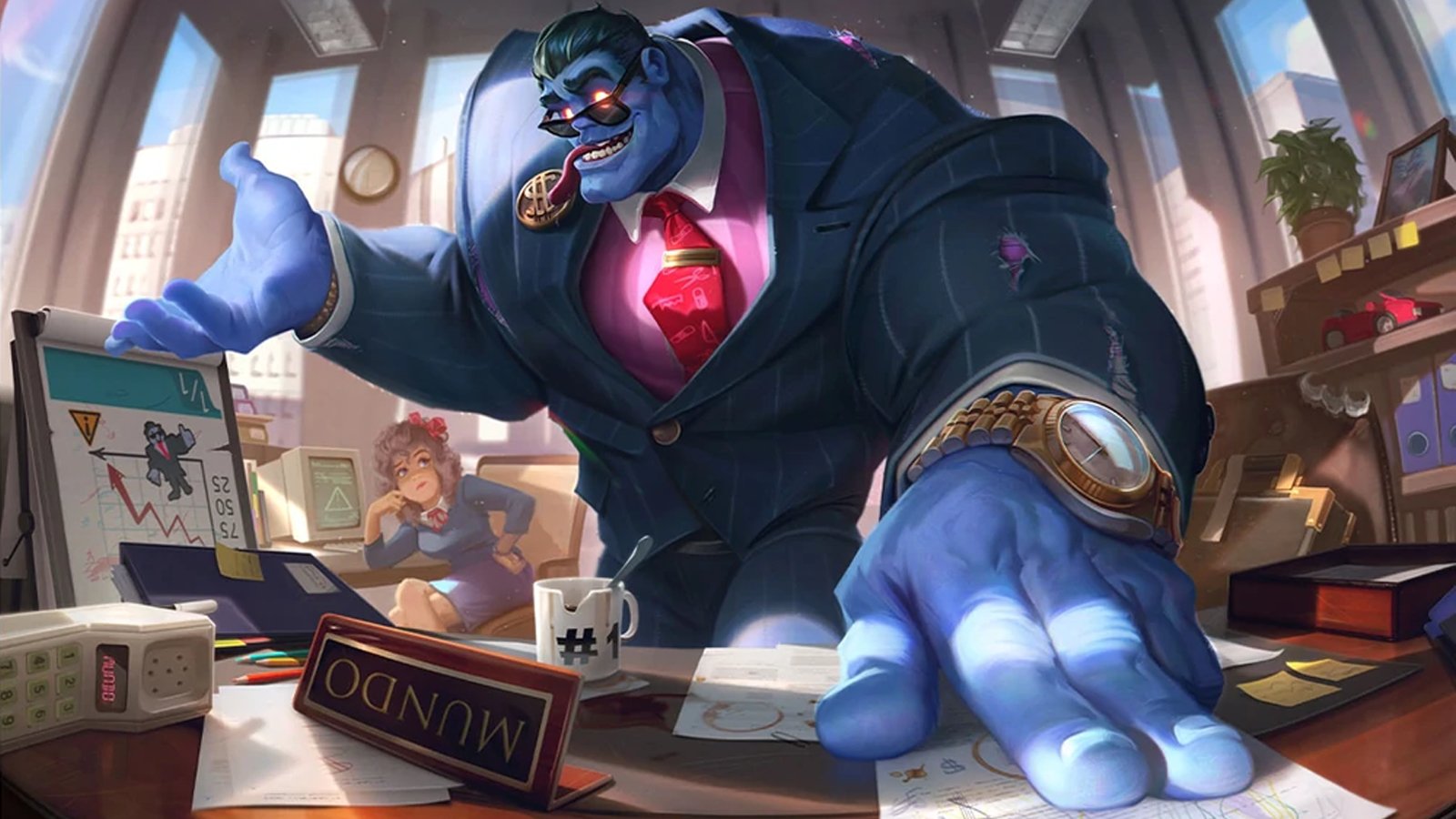 Riot Games is brewing up more balance changes for Dr. Mundo after the Madman of Zaun started slipping away from his League of Legends power fantasy of being “completely unkillable” thanks to season 12’s damage meta.

Iconic juggernaut Dr. Mundo has found himself in a rough spot early in the latest League season: His “unkillable” status is in some serious danger.

The Madman of Zaun has also gone in two totally opposite directions when it comes to win rates across ranked Elos. In high-level games, Dr. Mundo is struggling to put a dent in his opponents. In lower tiers, however, like Bronze and Silver, the top laner boasts a hefty 54 percent win rate in ladder play.

This disconnect has caused Riot to step in.

Glenn “Twin Enso” Anderson, one of League’s associate champion designers, has confirmed Dr. Mundo is getting changes in a future season 12 update.

The biggest issues, Anderson explained in a Discord channel, are two-fold. One is the scientist’s wide range of win rates and his damaging impact on low-Elo matches. The other, and perhaps the more pressing, the League dev added, is that Dr. Mundo has been stripped of his “unkillable” flavor this season.

To combat this, Dr. Mundo will have his League early game⁠—and very likely his mid-game power too —nerfed in a future patch. Riot will “nerf low-MMR skewed stats” to balance the tank and bring his win rates down while building up his late-game power.

“For what it’s worth, Mundo’s game time stats aren’t necessarily that unhealthy either,” Anderson said. “[They’re] just a little undesirable with the Mundo fantasy of being literally unkillable in the late game.

“Long term we hope to address his win rate with game time, but those are more sophisticated changes that need more time… so we’re just doing patchwork for now.”

Ahead of Patch 12.4, the Madman of Zaun has a 53.6 percent win rate in Bronze, according to League stats site Lolalytics. The victory skew increases to 54.59 percent in Gold and drops to 52 percent in Diamond. His win rate past 30 minutes at the same Elo plummets even lower, hitting 48 percent at its trough.

These planned Dr. Mundo changes are unlikely to hit the live servers with Patch 12.4, especially considering it’s arriving this week. Instead, players can likely expect the Madman’s tweaks to start rolling out in early March.

“Nasus, Urgot, Morde are good examples of juggernauts that fall off at high ELOs,” Anderson said. “It’s good champs like that exist. But we didn’t intend Mundo to be one.”