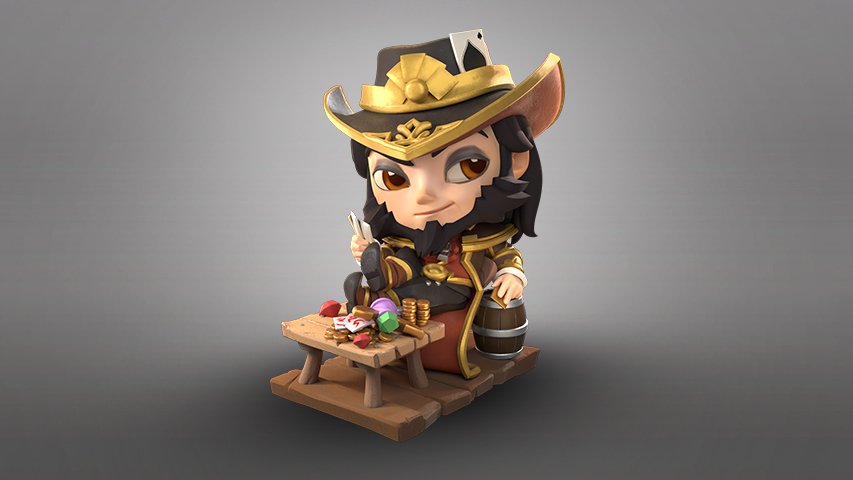 Twisted Fate fans are in for a lucky draw. Riot Games released a new figure featuring the Card Master in the League of Legends merch store today, and the developer is offering an additional gift and the chance to win a Twisted Fate statue to those who purchase the toy within the next week.

Standing at just over four inches tall, the new figure features Twisted Fate in his base skin with a set of cards in one hand and a gold card in the other. An ace of spades sits tucked in the Card Master’s hat, and Twisted Fate’s feet rest on a wooden table with gold and colorful gems piled on top.

The figure is now on sale for $25, and those who purchase the figure within the next week will receive a “Pick a Card Mystery Gift,” which includes a random figure or plush from the League of Legends merch store. A few lucky fans who purchase the figure before the limited offer expires will even receive the 16.5-inch Twisted Fate statue by Steve Wang that normally retails for $250.

Fans will still be able to buy the Twisted Fate figure after the offer ends on June 11, but they won’t be eligible to receive the additional reward for buying the toy in its first week on sale.