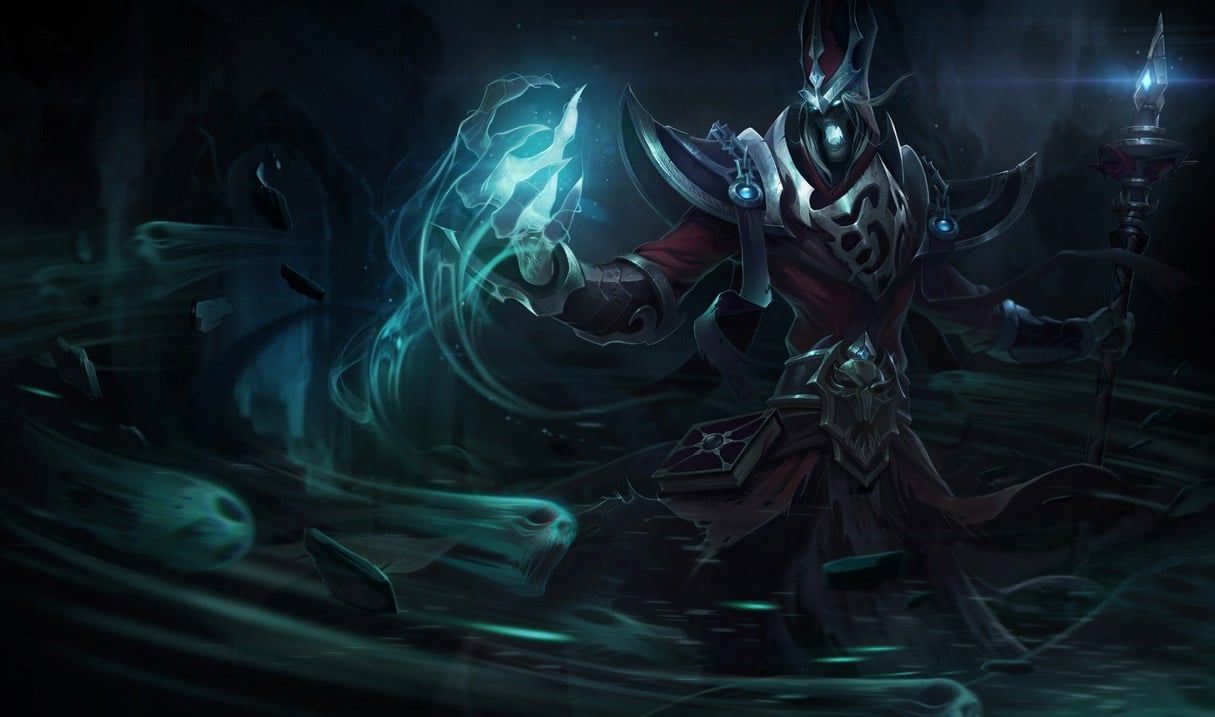 League of Legends’ Karthus may have some buffs to go along with his new Infernal skin.

Riot mistakenly added a change to the Deathsinger’s PBE tooltip today that would allow Wall of Pain (W) to ground enemies and interrupt dashes, according to today’s Surrenderat20 update. Riot designer Phlox explained that the update was an accident, however, and is “not locked down at all.”

The wall would work similarly to Cassiopeia’s Miasma (W), preventing enemies from using any blink or dash abilities. So anything from a Flash summoner spell to a Lee Sin ward hop would be futile within the wall. And enemies that attempt to dash through the wall would be instantly stopped and slowed for an additional 20 percent.

The duration of Wall of Pain would also increase to five seconds, up from four. And the current magic resistance (15 percent) and movement speed reduction (40 percent) would remain the same.

After jungle camp XP was increased, Karthus thrived in the jungle. This forced Riot to reduce his movement speed from 335 to 325 to make up for his impressive jungle clear. While his win and pick rates have dropped since the slight nerf, this buff would definitely make him a strong option.

Placing a Wall of Pain in front of himself would prevent mobile junglers from invading him easily. And landing a W on a gank would be an easy kill.

Since Riot said this change is “very much in the iterate and see if it’s a healthy mechanic stage,” it may never ship to the live servers.