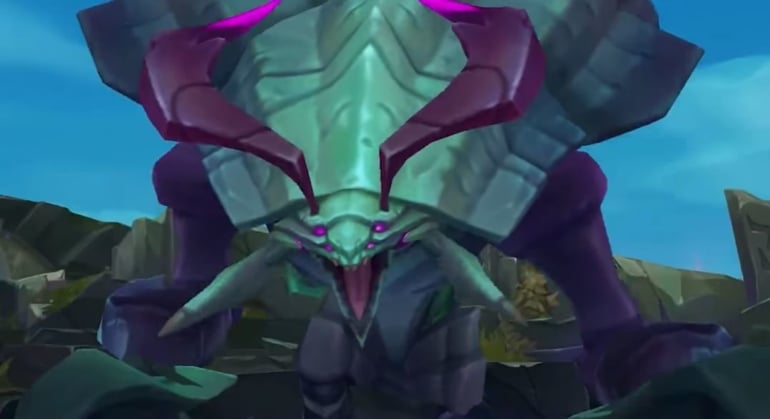 It appears Rift Herald knows how to back that thing up.

A League of Legends fan caught an interesting interaction that involved Shelly using its rear to decimate a tower, posting the video on Reddit last night.

After the team summoned Rift Herald, they proceeded to attack the tier-two mid lane tower. But the turret went down at the exact moment that Shelly readied her charge. Instead of Herald simply charging the stump where the tower used to be, however, the monster quickly changed course and butt bumped the Inhibitor turret.

The odd interaction was certainly hilarious. And other players appear to have enjoyed the video as well, filling the comments section with their pun-filled replies. One fan changed Shelly’s name to “Drift Herald,” while other savvy comments claim the monster twerked on the tower. Fans even compared the interaction to the late Michael Jackson’s moonwalk, since the Herald charges backward.

It’s unclear if this interaction can be repeated by spawning Rift Herald behind a tower your team is taking. But aside from getting a good laugh, the bug would provide little game advantage.