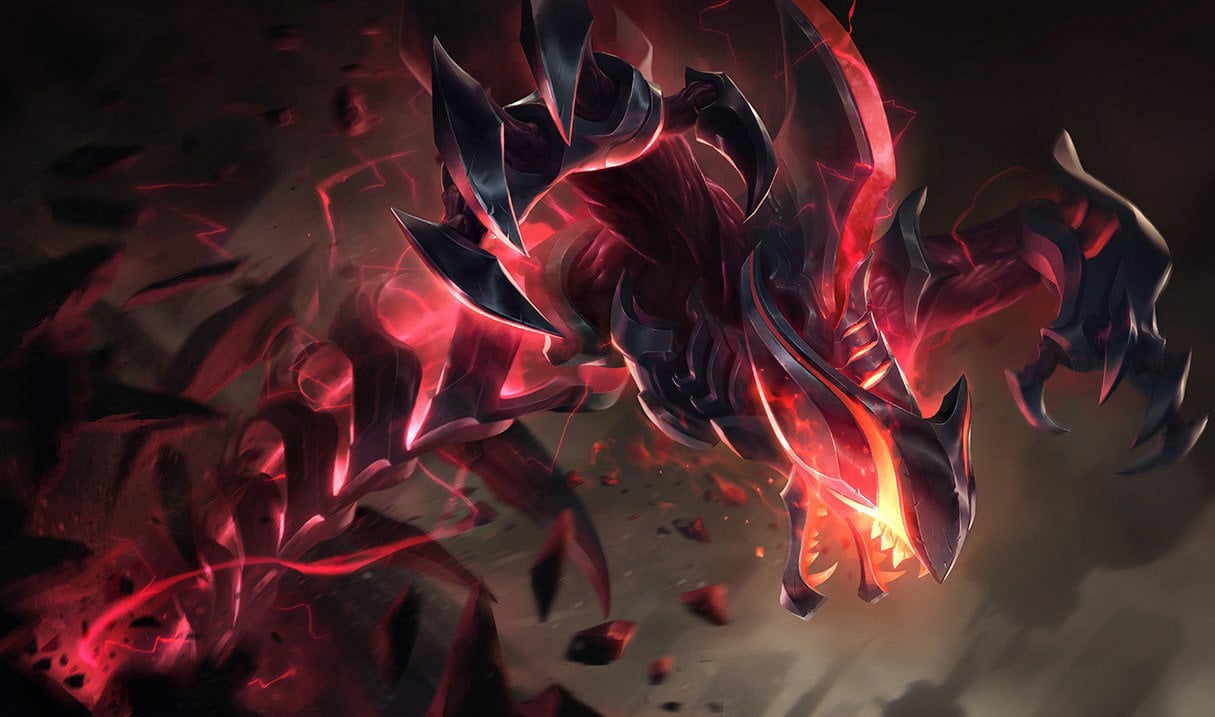 Having an objective in mind and a clear path towards victory is always important in League of Legends, but tunneling too much on what’s in front of you could mean being blindsided.

League player and Reddit user IRANwithit shared a clip yesterday highlighting one of the reasons why players should always keep an eye on the minimap, even when they’re winning. They were playing a normal game of League with some friends and only one hit separated them from destroying the enemy’s Nexus. But what they likely didn’t notice was one of their opponents was in their own base.

After almost 50 minutes of game, our main protagonist and their friends were on the verge of victory, but on the other side of the map, the Void Burrower Rek’Sai was relentlessly hitting their open Nexus. Viewers can hear the protagonists of the video go from rejoicing with happiness to shouting in confusion at the defeat screen in a matter of seconds.

League veterans know the importance of the minimap, which can often be the difference between winning and losing. While the team was busy celebrating the winning move early, their opponent was sneaking and tunneling around to reach the final objective of the game without being detected. And while a small glance would have warned the losing team of the Rek’Sai in their base, the recall time would probably have been too long for them to get back on base and stop their opponent from winning the game.

To prevent a situation like this, a team of players should always know where their opponents are. While this can be a difficult task for even the most experienced League players, there are few precautions anyone can take. First and foremost, the vision on the map is crucial, and fortunately for players, obtaining and placing normal stealth wards doesn’t require spending any gold. Beside the two free charges given to anyone in-game, players can also give 75 gold to the shopkeeper in exchange for a control ward, which lasts longer than other vision trinkets and can detect other wards or stealth traps.

Additionally, League players can use the in-game HUD that will show every summoner in the game as well as their champion, items, and status. The display is usually linked to the tab key and will remain on screen for as long as the player is pressing the key. This feature can be used to trace your opponents, since it signals when a champion is missing with a missing ping next to the champion’s icon. The question mark will disappear as soon as that champion enters your team’s range of vision, no matter where on the map or whether an ally is nearby, since it also works with the vision you get from minions and allied wards.