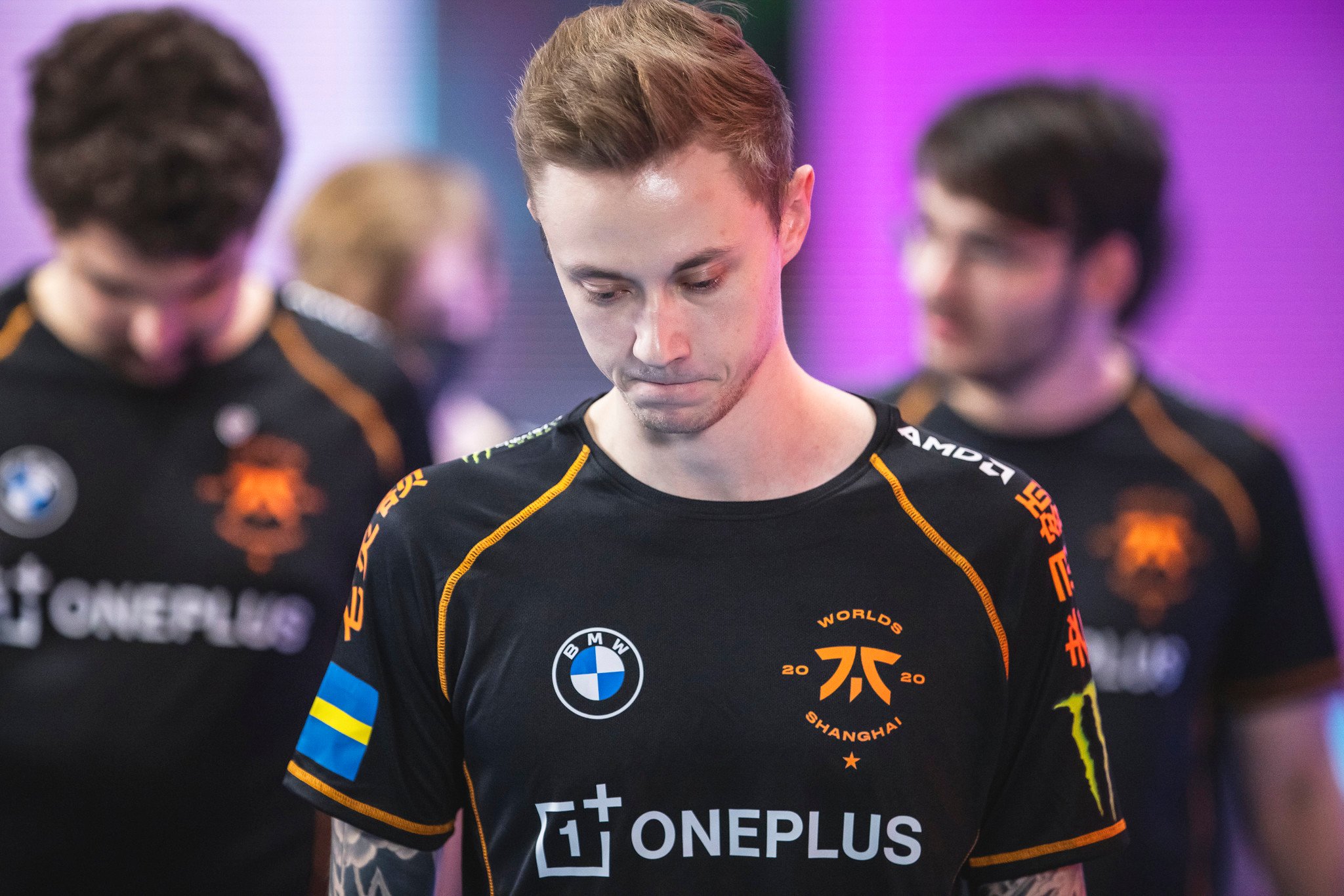 In the first two games of today’s League of Legends World Championship quarterfinal match, it looked as though Fnatic would be able to do the impossible. The community had more or less written the team off against Top Esports, the LPL’s first seed and tournament favorites—but how wrong the community was.

Fnatic looked incredibly dominant in their first two games, gaining huge leads across the map early into the game. These leads were most noticeable in the bottom lane, where Rekkles and Hylissang put on a masterclass in duo laning into ex-world champion JackeyLove and support Yuyanjia.

But this strong performance just wasn’t enough. “No one will really remember today,” Rekkles said in a post-game press conference after the team suffered the first reverse sweep in World Championship history. “I don’t think it will be ‘okay to lose’ in a way just because of this.” Some of the best performances of the Fnatic players’ careers simply were not enough to move the immovable object that was TES.

Coming into this matchup, all eyes were focused on the AD carry grudge match, with JackeyLove having 3-0’ed Rekkles only two years prior to achieve the first World Championship title for the LPL on Invictus Gaming. But this series could not have looked more different than that final all those years ago, particularly in terms of bottom lane draft. Gone are the Kai’Sa and the Xayah, the high-damage teamfighting monsters capable of wiping an entire team in moments.

This year, the AD carry pool is all about utility—something Rekkles says puts you under a “different kind of pressure” to perform as a marksman player.

“I feel like when you’re ‘the guy’ for your team, things are a lot easier, but for sure there is pressure when it really matters” he said of the old hyper-carry metas of the past. “But I think in a utility meta there is a different kind of pressure to perform well in different stages of the game, particularly proactivity in the early game.”

There was no shortage of proactivity from both teams in the early game throughout this series, a key characteristic of games at the World Championship so far. Fnatic lost their 100 percent first-blood rate to a top lane dive, and games were bloody from minute one. But at the end of it all, TES’ superior teamfighting skills brought them to a 3-2 victory, propelling them into a semifinals matchup against Suning Gaming on Oct. 25, 4am CT.