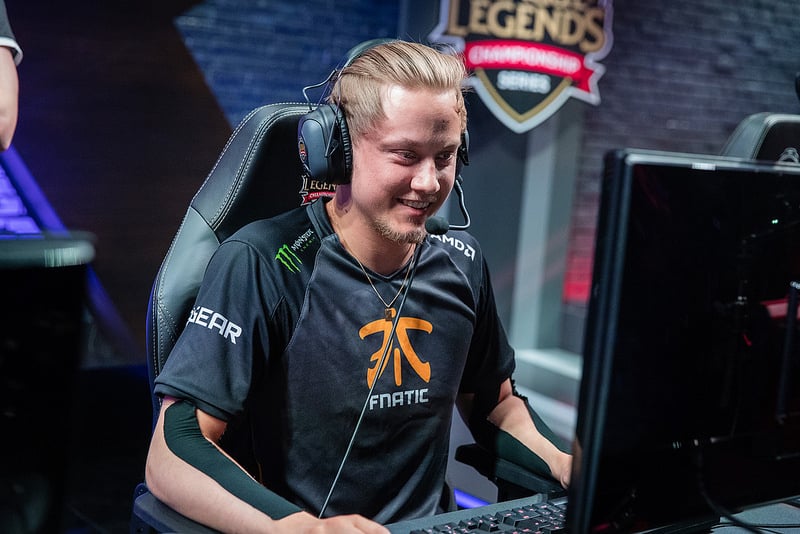 Martin “Rekkles” Larsson will not be joining his teammates for their upcoming Korean bootcamp due to needing some rest and recuperation, the player confirmed via Facebook today.

The news follows Fnatic’s initial announcement of an offseason Korean bootcamp yesterday. For Fnatic, the Spring Split was riddled with performance issues and roster changes. In order to clear his mind from the previous split, Rekkles says he needs to be back at home during the offseason to recuperate, rather than go to Korea.

In addition to this recovery period, Rekkles believes that going to Korea in his current state would be more detrimental than beneficial for himself.

WATCH: Broxah snags the Baron out from under G2’s noses.

Closing off his post, Rekkles put to rest the rumors of his departure from Fnatic, saying, “It saddened me seeing so many people believe that I would even consider leaving Fnatic and repeating the mistake I made 3 years ago, especially after mentioning on multiple occasions that I’m here to stay.”

The mistake Rekkles refers to is the first time he left Fnatic to join Team Elements at the start of 2015. Unable to find success on Team Elements, Rekkles returned to Fnatic one year later, and has since made it clear he has no intentions of ever leaving the organization again.

Rekkles will return to Berlin around the same time as the rest of the LCS team to compete in the 2017 EU LCS Summer Split in June.