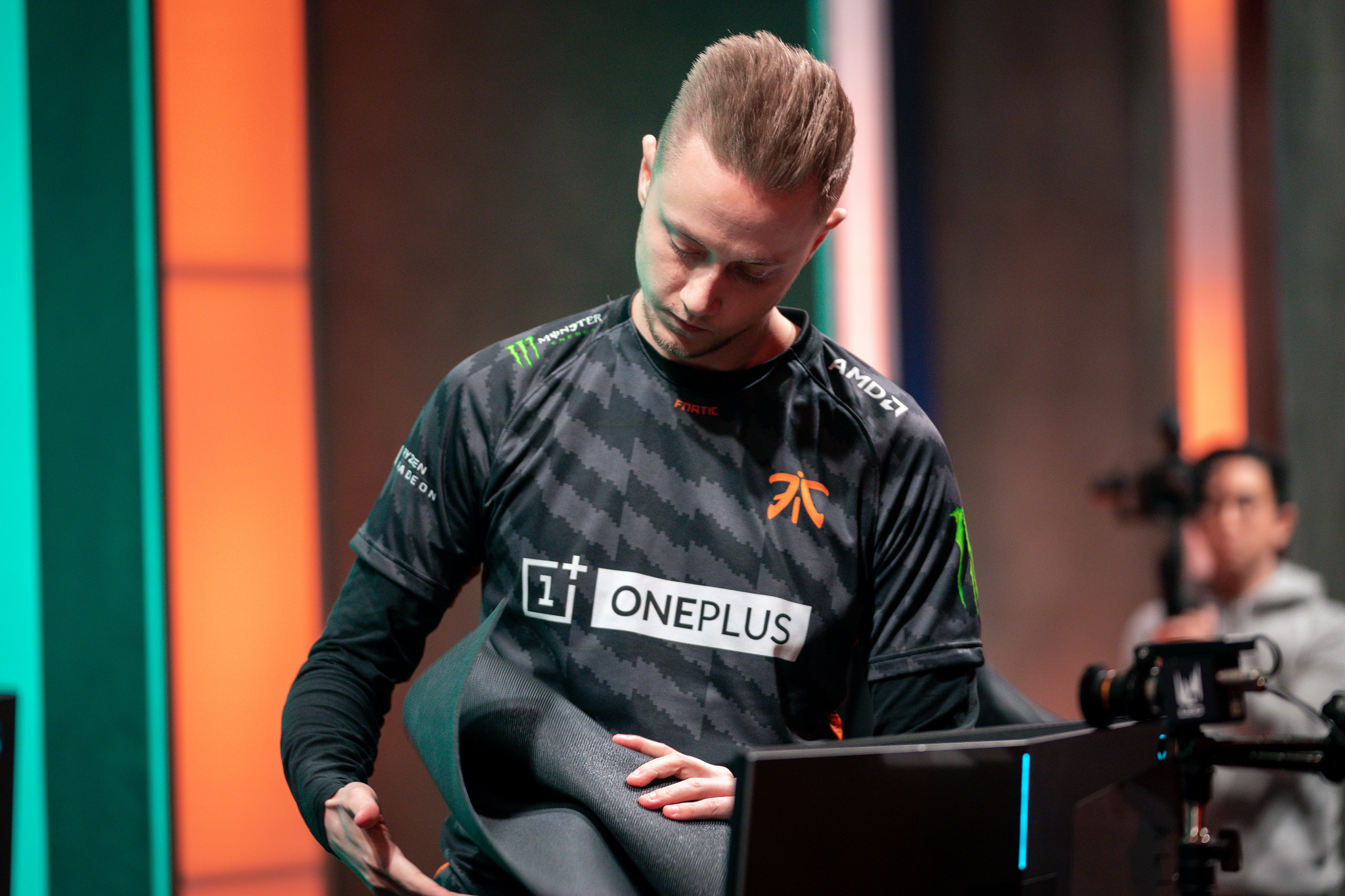 Fnatic had one hell of a year in 2018—they took back-to-back EU LCS championships, represented Europe at MSI, and then went all the way to the finals at Worlds, where they finished as runners-up. This year is starting off on a slightly different note, though. And when we say, “slightly different,” we actually mean, “really awful.”

The same team that completely dominated western League of Legends in 2018 is now 1-5 and sitting barely above last place in the new League European Championship, or LEC. To many fans, the failures of this year can be traced back to the departure of Rasmus “Caps” Winther, who was the star player of the team and one of the best mid lane players in the world. As it turns out, Caps leaving may have only been a symptom of a larger problem, according to longtime Fnatic bot lane carry Martin “Rekkles” Larsson.

“[Caps] left saying that there were problems,” Rekkles said on his stream yesterday. “It made it seem like he just wanted to win.”

Apparently, the roster move started out precariously, as Rekkles revealed he was irritated or angry with Caps following the news. Mostly, Rekkles admits, this was because he viewed Caps as one of his closest friends—and yet, the move wasn’t discussed with Rekkles beforehand whatsoever. Still, Rekkles says that the hard feelings are gone, and that he thinks Caps was right all along, citing the problems that Fnatic are going through now as the same issues that Caps was referring to when he decided to join G2 Esports.

“I kind of dropped the whole, ‘What the fuck is this guy doing?’ thing, and these days, I’m sorry for doubting you,” he said, referring to Caps.

It’s impossible to know if Caps knew somehow that Fnatic would perform as poorly as they are now, but it seems clear that there were some sort of internal struggles or weaknesses that at least bothered him before making the decision to leave. Rekkles’ Twitch chat wasn’t having it, though, with one user saying, “Caps is a snake lmao forget him.”

Caps or no Caps, pre-existing issues or not, it would have been very difficult to imagine Fnatic starting off quite this poorly. Some fans might have predicted them to be slightly worse, especially missing one of their stars, but dropping from Worlds finalists to second-worst in the LEC is a bit extreme, even considering the circumstances.