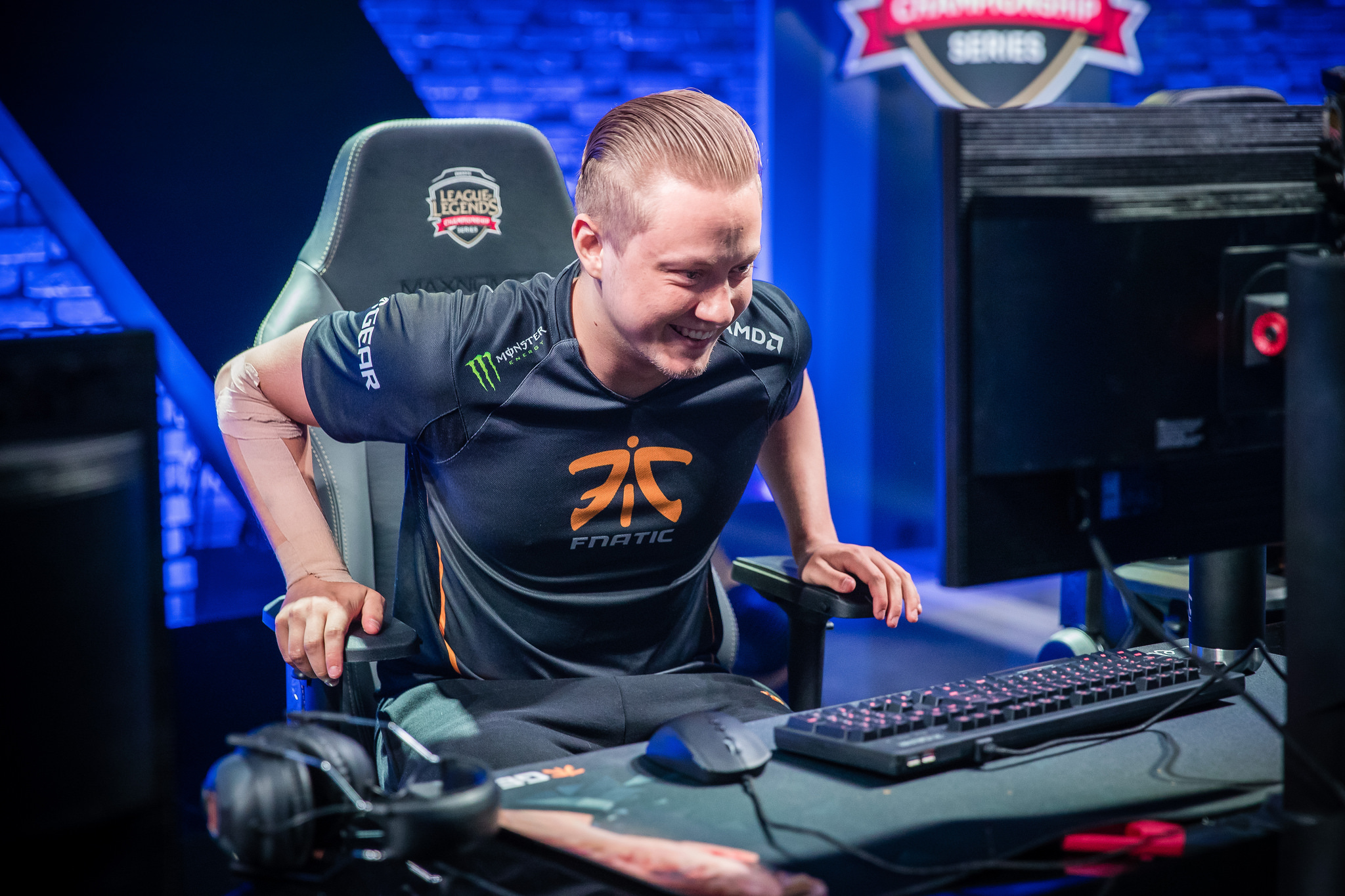 It’s been a good few weeks for Fnatic and ADC Martin “Rekkles” Larsson. The team currently sit in first place in the EU LCS’ Group A, as they look to challenge for the Summer Split title.

As Fnatic heads into week four, where they will take on teams from Group B, Rekkles took to Facebook earlier today to give his thoughts about the start of the split.

Fnatic won a convincing game against Misfits on June 1. Misfits had brought in a new jungler for the Summer Split, and looked disorganized in the series due to poor team synergy and communication between the new jungler, Nubar “Maxlore” Sarafian, and the rest of the team. Fnatic capitalized on this and won the series 2-0 overall.

In his post, Rekkles stated that the team knew exactly what to do to get the win and how to do it. He went on to say that by beating Misfits, Fnatic was pretty much guaranteed a top two finish at the end of the split.

Rekkles believes that the hardest match Fnatic had to prepare for was the bout against newcomers Ninjas in Pyjamas. “Our second game was probably the toughest one out of all because we basically had no information on NiP. No Scrims, no LCS, a few Solo Queues. Meanwhile, they knew exactly what we would bring, especially with NicoThePico being their coach.”

Nicholas “NicothePico” Korsgaard was the head coach for Fnatic in the Spring Split, and stepped down in March after winning just four of his ten games in charge. He was one of the individuals that created the current Fnatic roster and knew what the team was capable of. Rekkles felt that this was enough of a reason to fear NiP going into the match.

In the contest between G2 Esports and Fnatic in week two, Fnatic came out on top. Fnatic dictated the series by capitalizing on G2’s poor positioning, forcing G2 to play their tempo. The synergy throughout the series from Fnatic allowed the team to capitalize on G2’s poor decision making and end the series with a 2-1 victory.

Watching G2 fall apart in the series caught Rekkles by surprise, as he expected a better showing from the EU LCS champions heading into the match. “When we played them they did a lot of uncharacteristic mistakes that I’ve never seen before,” Rekkles said. “It doesn’t make much sense so I’ll just assume they need a couple of weeks to get going.”

Going into week three, Fnatic found themselves up against Roccat, and Rekkles stated that the team felt it would be an easy win. They were wrong. Fnatic ended up losing 2-1 after failing to close out the series, giving Roccat enough time to kill off the members of Fnatic one by one and sneak into the base and win the game decisively.

By the looks of it, Rekkles wasn’t taking the matches seriously enough and apologized to his fans.

“After rewatching the games I could definitely tell that we were making a lot of strange decisions,” he said. “These things happen. As to why it happened, I think we got ahead of ourselves.”

Fnatic will now look to bounce back in week four when they face off against H2K Gaming on June 22.