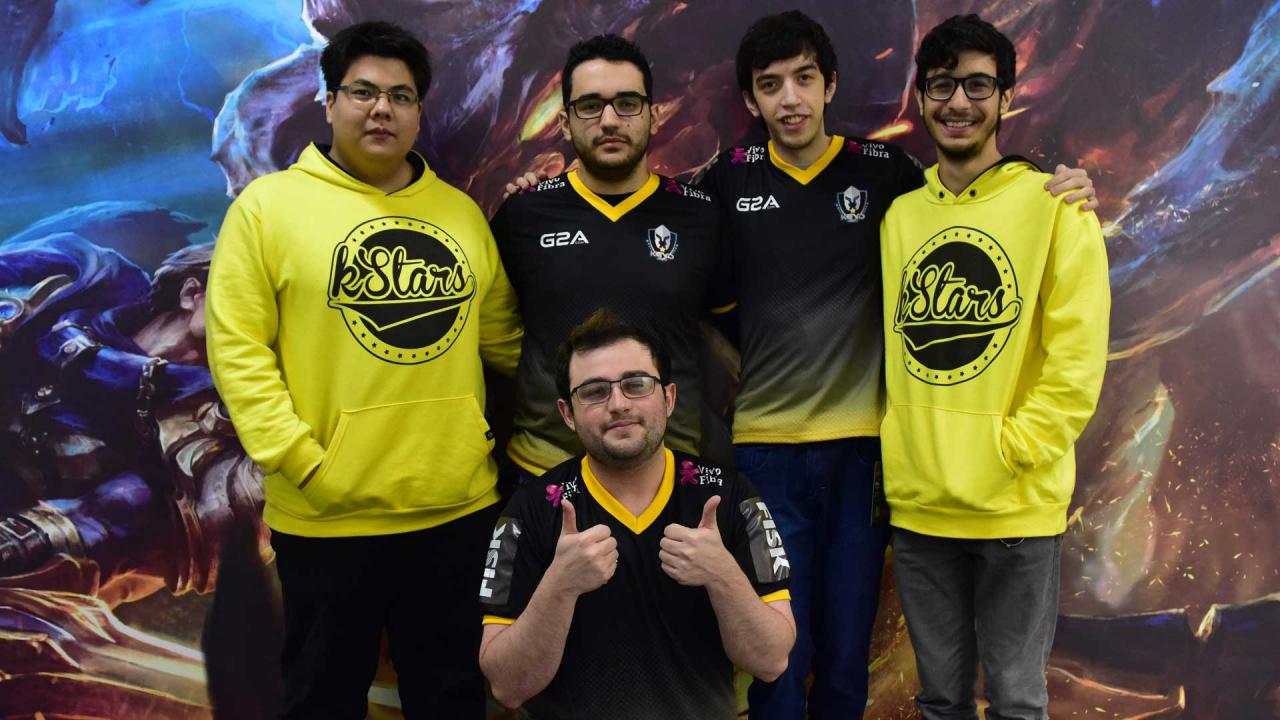 In the Saturday 04/02, CBLOL fãs will see again, like in the first split of 2015, a Bo5 against Keyd Stars vs INTZ who will decide who team will bring the trophy and represent Brazil in the IWC, but this time the line from Keyd is hardly different while INTZ after some changes, back with the same line up that granted then the trophy of 2015 1º split.

These 3 names are really solid, old and recognized players on the scenery, with these  losts Keyd was on a delicated situation, because they had to replace these players with new names that pass to the fãs the same security as the old rolsters passed and mainly on the jungle position Brazil dont have too many names recognized, even Winged, jungler from Jin Air was cogitated by the fãs to back to Keyd , because of his perfect performance on the team in Feb 2014 to July 2014 when the team replaces te name from Keyd Team to Keyd Stars, but when Chaser left Jin Air all the hope of the returning ended.

After some Months Keyd announced his 3 new players::

Robo was one of the revelations of the CBLOL 2015, playing perfect matches with Ekko on the top defending INTZ RED, but his inexperience and some immature plays made  him a promise that need some investment.

Baiano: He came from Jayob, a “challenger series” team( actually Operation Kino, that got the 3/4 position on the 1º CBLOL 2016), player that back to the competitive after a ban from elojob, while banned Baiano played a lot with the rolster ADC of Keyd Esa, that was banned for elojob too. Baiano have a great synergy with Esa(they are really good friends), so the fãs accepted his contract.

Turtle: Also coming from Jayob Turtle was one of the last names recognized coming from jungle, but he wasn’t too famous cause never played on a Tier 1 team and was searching his space. His came for Keyd wasn’t too accepted by the community on the beginning because of the historic of junglers that passed on Keyd (Winged, DayDream and Revolta) really aggressive and mechanically players and Turlte wasn’t not seen like this type of jungler.

Now with a completed line up Keyd was on another complicated situation, all the tier 1 teams was on Vacation and just back training like 1 or 2 weeks before the first split of 2016, so the direction of Keyd Stars together with some Sponsors sent the new team to an bootcamp of 1 month on Europe, with not the propose to be in advantage to the another tier 1 teams, but to set in the same landing as their rivals.

In some interwies Keyd told the Brazilian community that they scrimed with some LCS and CS Europe teams, and with some LCL teams(Hard Handom for example).

Looking at the past

Like was on the first split of 2015 Keyd will face INTZ again, on the final of 2015 Keyd was with the perfect mechanicaly team( also different from the 2 line up shown above):

Top: Mylon( Now is on Pain)

Jungler: Daydream(Now is sub for CJ)

Support: Loop(Now is analyst for Pain)

INTZ was with the same line up shown above. The line up of the Stars had problems around their game, they don’t have a coach, or even an analyst! So all their strategies was fromed only by the players, and the most problem in my opinion was that the team don’t have an psychologist to talk with the players between the games! And it weighed a lot!

Looking in the weekend

After ending the group stage in first place with really nice acting coming from Turtle confirming his exponecial evolution, that was sealed with perfect games as Gragas on the semifinals against Kabum(3-0 Keyd),a great returning from Baiano that was out because of an injury, solid plays from Esa and Takeshi like they shown on the hole group stage, and one responsability evolution coming from Robo.They shown the solidity of their training, shown that now with the hole team around the players, with Jukkah as coach, analyst, psychologist, the fãs participating of their evolution with nice productions coming from Cobaiashi, their content producer, Keyd could shown to the eSports admirers that the evolution need to walk step by step with all involved in the team, not counting only with individual mechanical skills.

To end, Keyd are prepared to beat INTZ and enforce all their sacrifice made to improve the team and bring the first place for the first time to the Capitan Takeshi!