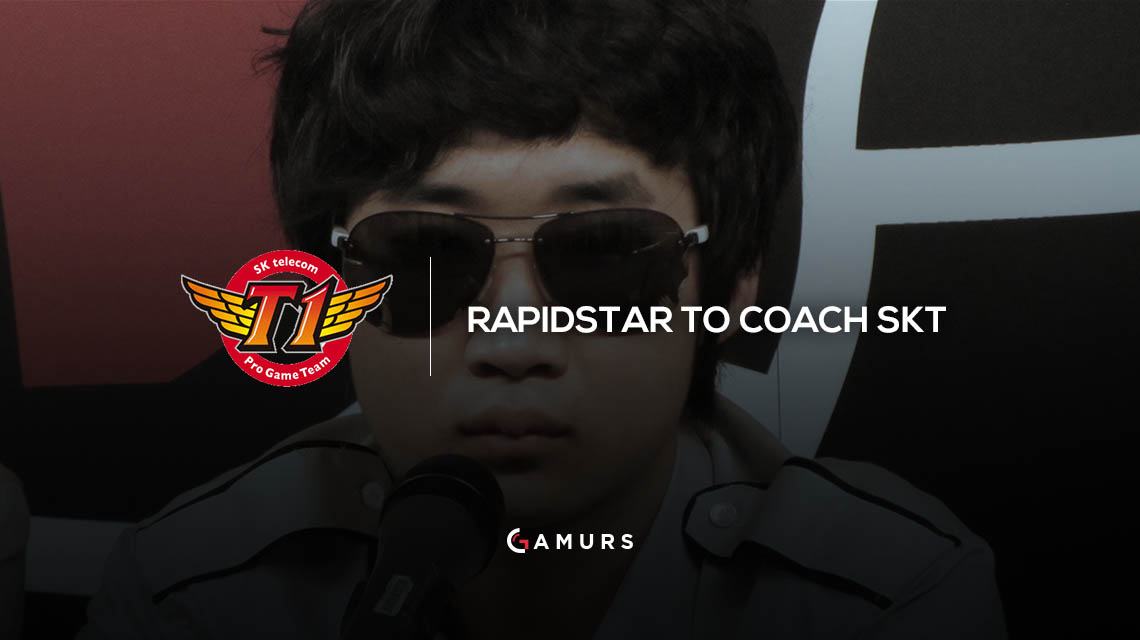 In a Facebook post earlier today, SK Telecom T1 announced the signing of Jung “RapidStar” Min-sung as one of the organization’s new assistant coaches for its League of Legends team.

RapidStar started and ended his playing career on Frost. By Frost, I mean MiG Frost, Azubu Frost, and CJ Entus Frost. Basically, he was confined to one team, but his career goes quite contrary to others who stick to one team because they can’t make it anywhere else. RapidStar was a legendary player for his day, and made it to the finals of Season 2 Worlds. He played with the likes of Hong “MadLife” Min-gi and even Choi “Locodoco” Yoon-sub.

RapidStar’s playing career set up very high expectations for that of his coaching career. Most people would be unable to rise to the task, but RapidStar, who always found a way to make himself useful and successful, found his way as an assistant coach at EDward Gaming. While on EDG, RapidStar helped coach the team to a finals appearance in the 2016 LPL Spring Playoffs, and victory in both the 2016 LPL Summer Playoffs and the Demacia Cup.

Will RapidStar be all that his past promises him to be, or is RapidStar just another ex-player receiving a paycheck? Let us know your thoughts in the comments section or on Twitter @GAMURScom.