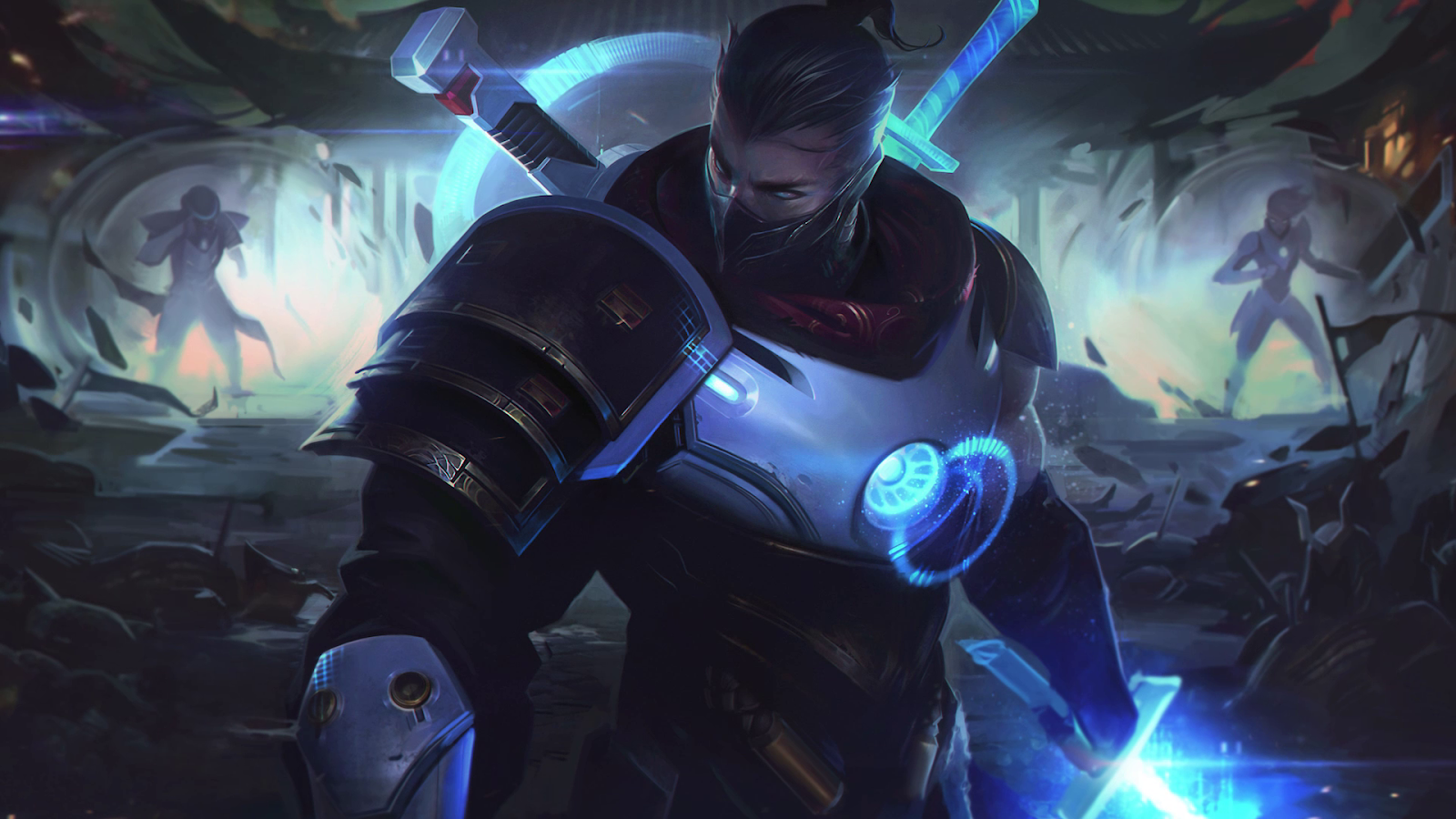 The Pulsefire skin series is getting three new champions, according to Riot’s announcement on Twitter today. Pulsefire Shen, Twisted Fate, and Riven will join Pulsefire Ezreal and Caitlyn, the only other Pulsefire skin recipients in the six-year-old series.

The skins, which were all teased today using in-game footage on the Riot Germany Twitter account, feature the same bright blues, lasers, and ’80s sci-fi dystopian-inspired sound effects as the original two.

Not only do these three skins more than double the total amount of previous Pulsefire skins in one fell swoop, all three of them are also the first non-marksmen to be added to the skin line as well. The skins are undoubtedly very cool, but they don’t exactly fit Riot’s 2018 mission of adding skins to champions that desperately need them.

In fact, between the three of them, Shen, Riven, and Twisted Fate have a combined 23 skins, including Legacy skins. Needless to say, if you’re hoping to explore some alternative cosmetic options for any of them, you’ve got some options.

Riot hasn’t released much information on these three skins, including the complete feature list or their prices. They also aren’t yet on the PBE, but should be later this week as Patch 8.9 hits live servers on Wednesday.