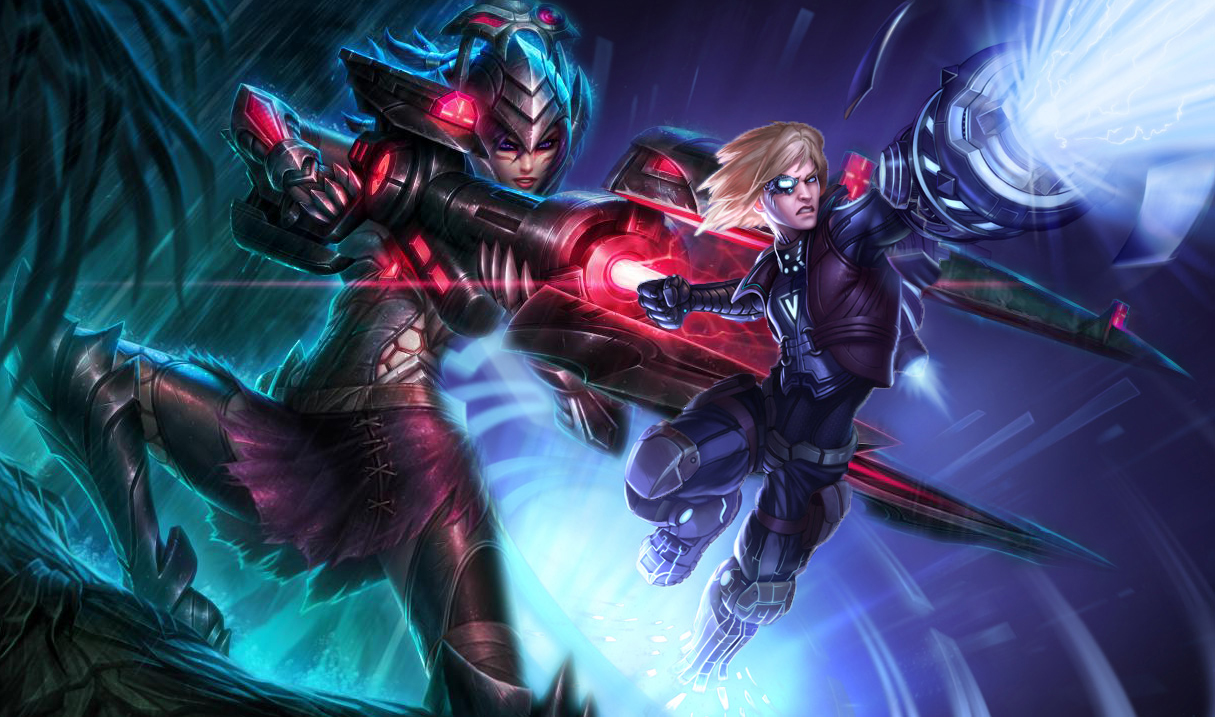 Pulsefire Ezreal is being phased out, because a shiny, new Pulsefire skin is on its way to League of Legends.

Nothing has been confirmed yet, but we’re going to guess that it will be Pulsefire Caitlyn that will rival Ezreal in the cyborg ADC department (sorry Urgot). The evidence is very convincing. If you want to see the teaser for yourself, you need to have a PBE account, because it isn’t in the live client yet.

If you play a game as Pulsefire Ezreal on Summoner’s Rift, as soon as you begin moving, an eerie voice taunts you, “Nowhere to hide.” This is the first piece of the puzzle, as “Nowhere to hide” is a line in Caitlyn’s voice-over. The second piece of the puzzle is less ambiguous, however. There was a leak posted on Reddit in early March with months worth of upcoming content, and so far, it’s been accurate. It correctly listed both the new champions and the upcoming tank class update, as well as Cosmic Blade Master Yi and the Dark Star skins. If Pulsefire Caitlyn wasn’t actually coming, it would be the first thing on the list that wasn’t true.

Pulsefire Caitlyn might not be all that’s coming, however. The Pulsefire Ezreal skin is nearly seven years old, and last year, Riot talked about updating it to be on-par with today’s Ultimate skins such as DJ Sona and Elementalist Lux. That being said, it’s also a possibility that Pulsefire Caitlyn will also come with a fresh look for the Ezreal counterpart.

ALSO CHECK OUT: Unicorns of Love comes so darn close…