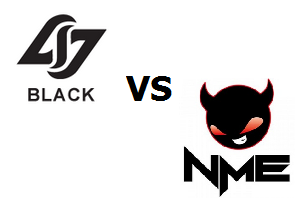 Similar to how I’ll be doing all of my articles, I’ll start off by talking about the Pick and Ban phase of both teams, what their win conditions are, how each team should play it out in order to get ahead and whether or not I think the team comp is a smart choice based on the teams playstyle as well as what each team’s strengths and weaknesses are, followed by examples of each teams objective focus as well as their ability to rotate and how they play with a lead, or from behind. Today’s article is based around the Enemy E-sports vs Counter Logic Gaming Black match. Enjoy!

So starting off with our bans:

So going over CLG Black’s bans, they’re all targeted towards Trashy. The Nidalee ban is sort of a flex pick for both Trash as well as Innox, as they both can competently play the champion, although Innox is a very good Nidalee player. Nidalee is really the only far and away power pick to ban out from their side, but it is a good one considering both player’s abilities to play it. Nothing really special about the bans. They aren’t really trying to ban anything specific to a certain team composition more so than just trying to get Trashy on something not all that comfortable. I feel that, unfortunately, banning out a jungler really isn’t an ideal way to spend your picks and bans, especially when the team isn’t really that reliant on their jungler, and their jungler has a wider champion pool than the three junglers that you’ve banned out. So it wasn’t really a bad ban phase for CLG Black, but it’s definitely not the most optimal way for them to have gone about it. I feel as though ideally, they would have better spent their time banning the Nidalee, Morgana and perhaps another support ban. I think this would have been more beneficial, as we’ve only seen Bodydrop on Morgana. He’s played all 6 of the Challenger Series games as Morgana. He’s also a very good Thresh player, so perhaps a Thresh ban would have been warrented. But he’s much easier to ban out than anyone else on the team, so it’s a little more ideal to do.

Regarding NME’s bans, they ban out Rumble and Irelia, who are far and away Lourlo’s best top lane champions. They are also very good champions to have depending on the team composition around them. Irelia creates a lot of potential back line pressure for the enemy team, as well as being a split push threat once she gets her Triforce as well as other items.  Rumble is fantastic in mid game/teamfighting oriented compositions, which is ideal going against a team like NME, who looks to team fight and have arguably the best objective control as well as teamfighting/map rotating out of all Challenger Series teams. The LeBlanc ban was obviously pointed towards Easy. LeBlanc is an extremely strong mid laner at the moment, and can almost solo carry games if she gets ahead and roams to help other lanes, so it was a really good ban there.

Going onto the team compositions, we have:

I really like CLG’s composition as a whole. I really like mid game, teamfight oriented compositions. What I don’t like, is who they played it against. While the composition is extremely strong in the mid game as well as late game team fights, they picked the wrong team to play it against. NME is by far the best teamfighting and mid/late game teamfighting team in the NACS. This is bad because even if CLG black can take a good fight, NME knows how to come back from a poor fight and stay even. I honestly feel as though if CLG had ran an early game oriented team comp and had attempted to just roll over their lanes, they might have had a better chances of getting something going in their game. But due to NME also being individually strong in their laning abilities, there’s really no way of CLG getting ahead in their lanes, if NME plays their lanes right, which means that even if CLG can pick a good fight, NME can either choose to stay away from it or just focus on something other than that.

NME’s team composition is really weird to me. I don’t think that Lee and Viktor have much synergy, but the rest of the team meshes well together. Maokai is a very safe laner who scales well into the late game as a peel tank, which is extremely good for making sure their Tristana can hit the late game and get big. The Morgana pick is very smart against Annie/Lissandra, since she can black shield any immediate CC that comes to the way of either Viktor or Tristana, and also provides fairly reliable engage or disengage with her ultimate. The Tristana is a great pick up for them, as they can just wait out the laning phase and wait until the mid-late game where Tristana becomes a tower sieging monster, as well as a major DPS threat, although perhaps not to the same extent she was prior to her E change. I’m not completely sure about the Viktor pick up. I haven’t had much time to study what he brings to certain compositions other than a LOT of DPS poke in his laser, as well as a fairly high damaged AOE ultimate. I think it can play out well against the CLG team composition, as they rely on getting their hard engage, whereas Viktor can pose a threat in regards to chunking down the enemies health before they are able to engage.

Overall I do think CLG Blacks team composition is better as far as synergy goes, as well as being able to abuse their level 6-11 power spikes in being able to take objectives such as Dragon, but I just feel that it wasn’t the right composition to run against NME.

So going into laning, I feel the best way for NME to pull ahead or at least stay even in their bottom lane is to lane swap. Graves Annie is a bit stronger than Tristana Morgana in the early levels, as Graves provides more burst, and Annie can get  stun off on either Tristana or both Tristana and Morgana, which is a bit better than just a snare from Morgana. Maokai is also better in the 2v1 than Kennen is, and scales better with equal CS. So if NME are able to pull a successful laneswap, they should be in good condition to begin outscaling the CLG bot lane.

At about 5 minutes in, the NME squad sends 4 of their members to the top lane to begin taking the top lane turret, and it is immediately countered by three of CLG Blacks members, with Easy coming through the river to make it a 4 vs 4. Unfortunately, CLG doesn’t have a tank, they don’t have any sustained damage because Stixxay is in the bottom lane by himself, and Gate gets way too overzealous with his engage, and gets blown up almost immediately after flashing in. This is extremely bad for CLG Black, because their composition relies heavily on getting ahead early to transition into the mid game, while also making sure that they stay ahead of NME at all times, so they don’t get outscaled. This is immediately compromised after this poor 4 on 4.
At 10 minutes in, NME is already up 1.4k in gold. This is extremely bad for CLG Black, as stated before, because unless they are able to force a really good team fight at an objective, such as Dragon, NME can play as passively as they want to and maintain or build on their lead by dictating their game, which is something that they have excelled at compared to other teams in the NA CS.

At 25 minutes, NME is 3k gold ahead of CLG Black. CLG Black have not been able to capitalize on their better mid game team fighting ability through their composition, is this when they’ll start to get outscaled. Their window of opportunity has been blown wide open, and unless NME makes some very big mistakes, they have increased their chances of winning by quite a bit. They’re ahead enough in both gold as well as individual champion scaling, to the point where even if they get engaged on by CLG, they shouldn’t lose their fights.

In a matter of three minutes, from 25 minutes to 28, NME has taken their 3k gold advantage, and made it 7k. They do this by knowing that they can pick their own fights now, and they ace CLG Black at 27 minutes. It’s at this time that Enemy is completely aware that they can choose whatever fights they want, and they begin rotating around the map to begin sieging turrets with their fed Tristana.

After taking this 2nd inhib, they back, go through the CLG jungle in order to clear vision and set up their own while they push the top lane wave to CLG’s 2nd tier turret, while also having Trashy pressure mid by clearing the waves so that the minion wave will enter the base with the bottom lane minions while NME are able to safely take a baron.

After this point it’s really just a showcasing of NME’s ability to rotate the map, know when to engage a fight and when to begin sieging and backing off the turret for optimal time spent. Within the next three minutes of taking the top inhibitor, they win the game.

Overall it seemed as though CLG just weren’t able to effectively take advantage of what their comp does best, which is team fighting in the mid game, as well as forcing objectives, and they just let NME outscale them. I think this game was won at Picks and Bans. CLG didn’t respect the ability of NME’s laning and team synergy, as well as knowing their win conditions, which was to just go even or ahead in laning and outscale and avoid team fights if they were even. The game was really just a showcase of NMe’s lane rotations and ability to win a game through pure knowledge of how to play their composition as well as knowing that they could win the early game against CLG B, which would eventually lead to a win.