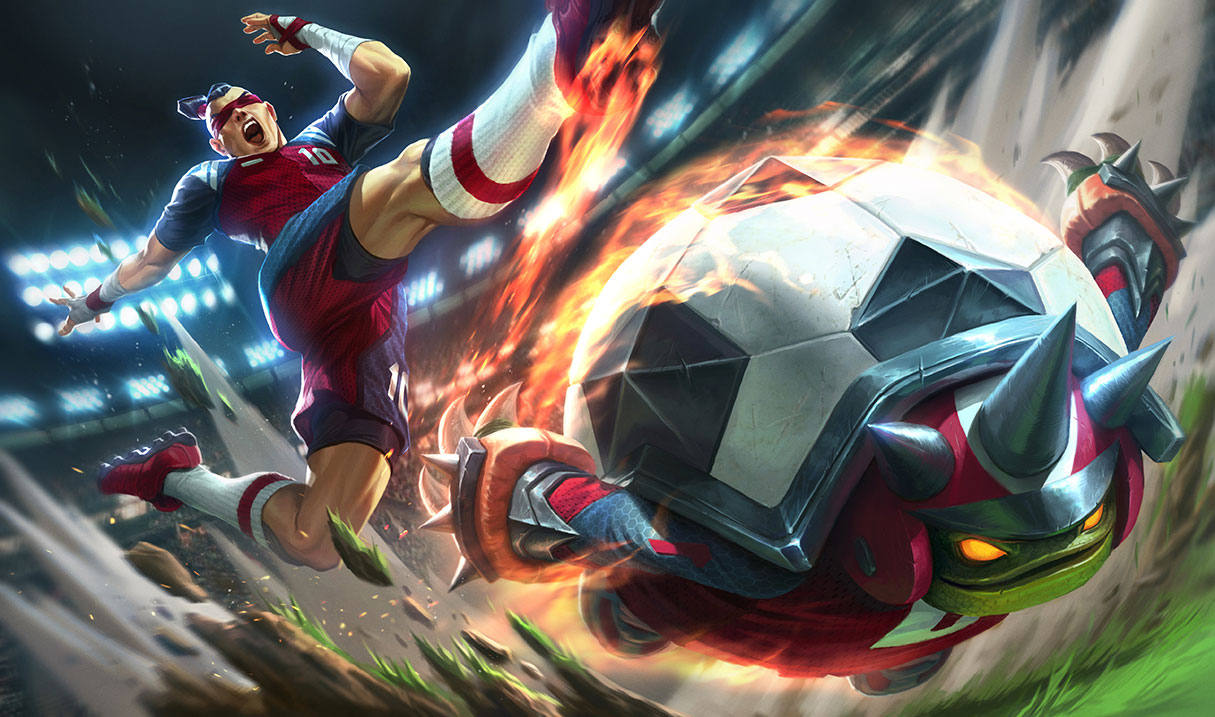 With soccer being the most popular sport in the world and the World Cup serving as its largest event, it’s no wonder Riot Games likes to honor the massive competition with a set of in-game skins. This year is no different, with the League of Legends skins for this year’s World Cup revealed today on Twitter.

The skins to honor the 2018 World Cup will go to Lee Sin and Rammus. Say hello to Playmaker Lee Sin and Sweeper Rammus, and get ready for the start of the World Cup next month in Russia.

Akin to World Cup skins in the past, these skins are mostly just the normal champion garbed in soccer gear. Lee Sin is wearing a uniform and has his ponytail bound to his head, and Rammus has a big jumpsuit on, but mostly it’s business as usual for these jungle champions.

It also looks like they have custom recall animations, according to the PBE preview provided by Riot.

The last World Cup soccer-themed skins were in 2014 when, you guessed it, the last World Cup took place in Brazil. Gragas, Lucian, Alistar, Maokai, and Twisted Fate were the recipients of the honorary skins that year, which is a far longer list of champions than the two that are coming this year.

It is possible, however, that Lee Sin and Rammus’ skins are just the start, and that more are on the way. Hopefully they fare better than Striker Lucian did, though. Years after its release, soccer legend Edgar Davids sued Riot Games for the company using his likeness to create Striker Lucian without consulting him or getting permission.

He ended up winning the lawsuit last year, although Riot withheld from the public the amount of money that he was compensated with.

Due to the timing of the PBE teaser, these skins will probably come out with Patch 8.12 in about two weeks—right when the World Cup group stage begins in Russia.