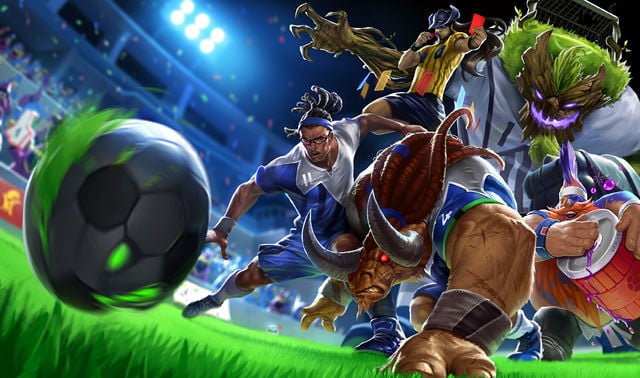 Riot Games is in trouble for using the likeness of retired Dutch soccer player Edgar Davids as a League of Legends skin.

Davids sued Riot over the Striker Lucian skin in League, saying the skin was an infringement of his image rights, according to a report from Het Parool. The court agreed. Despite Riot claiming the 2014 World Cup skin would not confuse League players, the developer must reveal how much money was made from Striker Lucian skin sales and compensate Davids.

Striker Lucian’s hairstyle and signature glasses are damning evidence enough, but Davids being the inspiration for the skin was also confirmed by a former Riot employee on Twitter in 2014. The tweet has since been removed, it’s now immortalized in a PC Gamer article.

“For all you wondering, Striker Lucian was inspired by soccer pro Edgar Davids,” the former employee wrote. Davids also previously acknowledged the League skin, thanking Riot for including him in the game.

Riot has not publicly revealed how much it made with the Striker Lucian skin—or the percentage that Davids will receive.