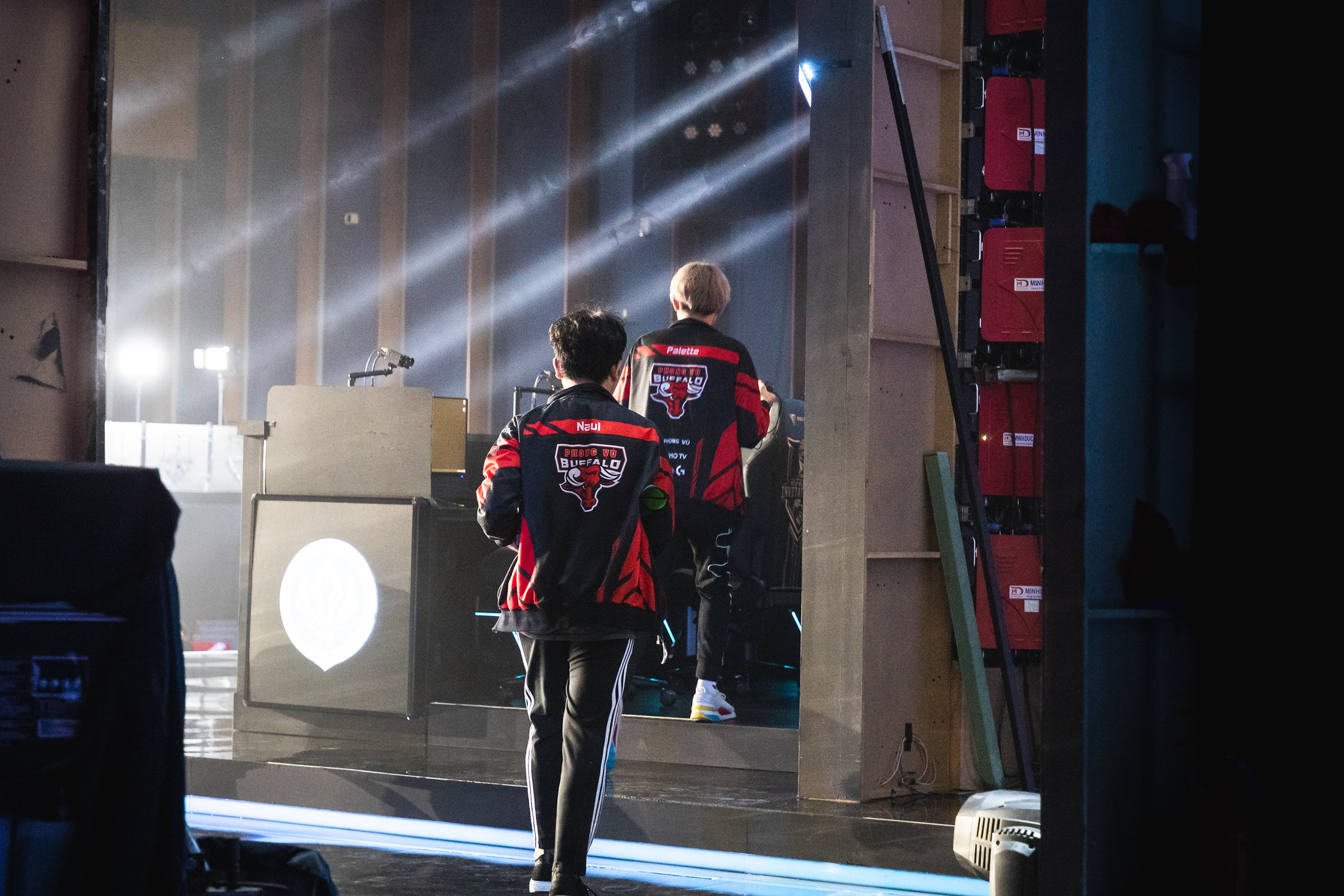 A pentakill from in-form top laner Martin “Wunder” Hansen wasn’t enough for G2 as they fell once more to the Phong Vu Buffalo. With their shot at playoffs hanging by a thread, PVB kept their hopes alive with the upset win, showing that G2 does have a kryptonite after all. G2’s trademark aggression was matched by the Vietnamese champions and the Buffalo showed once again that they can contend against some of the world’s best teams.

After failing to take out Team Liquid yesterday, PVB entered the day with only an extraordinary sequence of events putting them into playoffs. First they had to take down G2 Esports, a team who had taken down all their opponents except the undefeated, reigning world champions Invictus Gaming. With G2 in a close race for second against SKT to avoid the chance of facing Invictus Gaming in the semifinals, every game mattered and an upset here would have been huge for the standings.

With massive pick potential courtesy of a Jarvan IV for Hoàng “Meliodas” Tiến Nhật, Lissandra for Võ “Naul” Thành Luân and Varus as well as Morgana for Đặng “BigKoro” Ngọc Tài and Nguyễn “Palette” Hải Trung, the VCS representatives claimed First Blood onto Luka “Perkz” Perković before killing Mihael “Mikyx” Mehle seconds later. The action in the laning phase was centered around the bot lane. Marcin “Jankos” Jankowski and Meliodas made frequent trips to tip the balance in their team’s favor, ganking every minute or so.

Meanwhile in the midlane, Rasmus “Caps” Winther built up a massive advantage over Naul, even though slightly down on CS by the 15-minute mark he was up four kills and was a huge threat to BigKoro. PVB established a focus on Drakes, as they collected an Ocean and a Cloud before ripping apart G2 in a fight around the Infernal. Grouping up stopped any chance that Caps had to pop the PVB ADC, but even though Caps got picked off in a potential engage Wunder swooped through for a pentakill to turn the game in G2’s favor.

That was the last positive for G2, however. The teamfight power of PVB shone through and they frequently picked off members of the LEC champs to take objective after objective. A Baron on the eve of the 30-minute mark to the sounds of a roaring Hanoi crowd was all the inspiration the Buffalo needed to charge into the G2 base and take them down for the second time this tournament.

The first step on their extraordinary sequence crossed off, the Buffalo needed to hold out hope that the Flash Wolves could upset Invictus Gaming, but a throw around the Baron gave the struggling IG the chance they needed to bounce back into the game. Not long, after the Flash Wolves fell and, with them, any chance the Buffalo had of making the playoffs. Now it comes down to a battle between the Wolves and NA’s Team Liquid for fourth place.

With the defeat, G2 now has to hope that SKT fall to Invictus Gaming while they themselves take down the LMS’ Flash Wolves to claim that second place spot. There’s a massive skill gap between the LEC, LPL and LCK teams and the rest of the field, however, making it likely that the already locked-in Invictus Gaming will likely select the team that places fourth. This also means that no matter what way around G2 and SKT place, chances are we’ll see them battling it out in a semifinal soon.