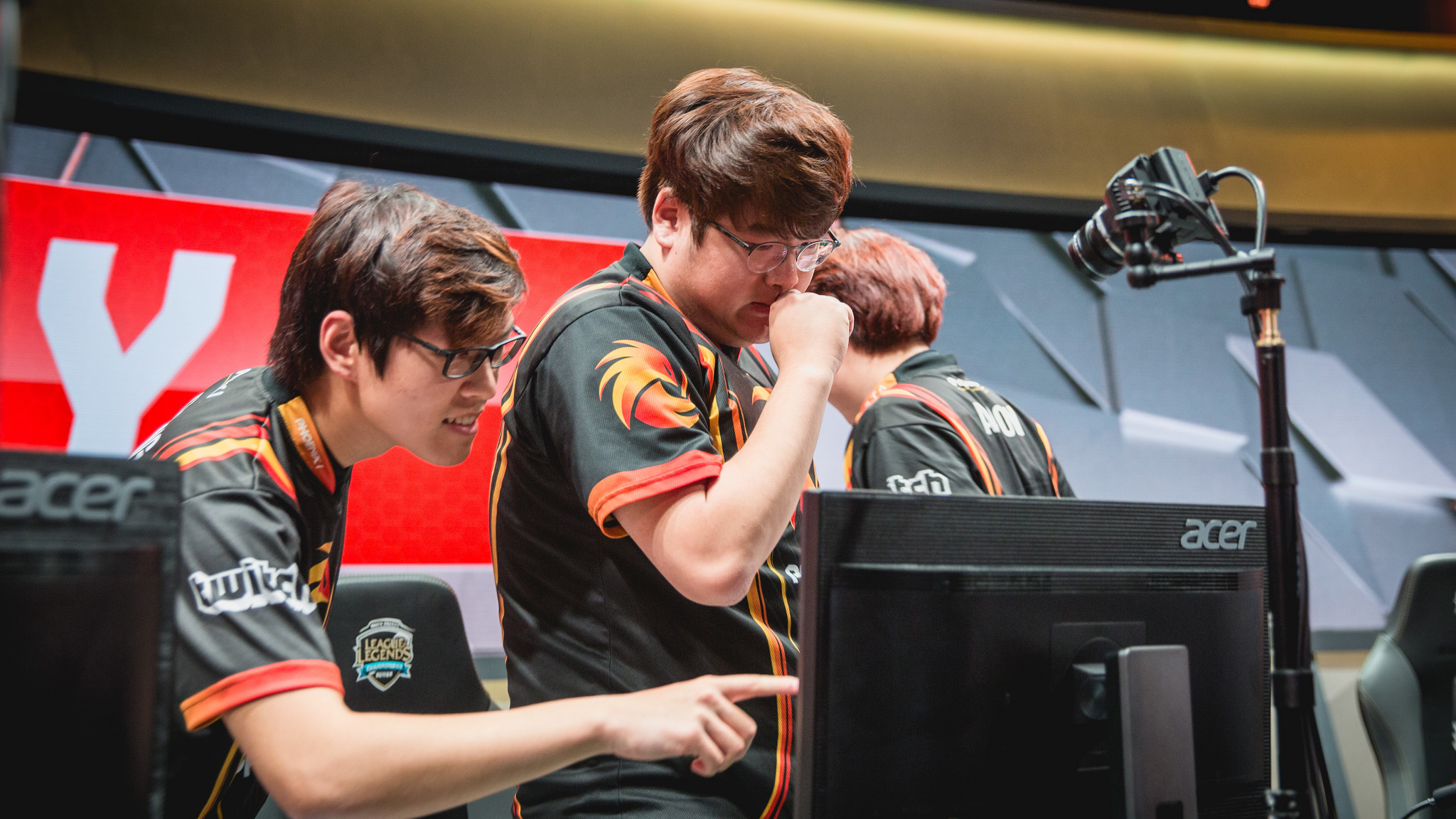 When Phoenix1 lost to Immortals 2-1 in the first week of the NA LCS Summer Split, not many people were concerned.

Immortals was expected to get better throughout the year, and had just made a big change at the jungle position. And Phoenix1 started the Spring Split slow before finding their footing midway through, going on a big win streak, and ending in the final four. Most people thought they’d just bounce back.

Instead, the team kept losing. They played bad teams like FlyQuest and lost. They made roster substitutions with no effect. The Spring Split MVP, Noh “Arrow” Dong-hyeono, looked lost, the jungle was a mess, and the solo lanes were collapsing.

Then, the team unearthed talented rookie jungler Mike Yeung. For a while, the losing continued. But the team looked better in those losses. The early game stabilized. The laners started getting leads again. They picked up a couple wins against middling teams: Echo Fox and Team EnVyUs. But nobody expected them to beat the first-place Immortals in the rematch.

Any hope for an upset seemed to fade quickly. Immortals’ new jungler, Jake “Xmithie” Puchero, isn’t known for an aggressive early game, which may be why Phoenix1 were so surprised to see him on a level four gank in the bottom lane.

The duo lane returned the favor, with Kim “Olleh” Joo-sung roaming mid to hand Xmithie another kill, and the game was basically over. IMT ran over mid lane and bot lane off those kills and never looked back.

Needing more early pressure despite playing Elise, Mike Yeung turned to his pocket Nidalee. He’s been excellent on the champion, and hoped that would continue. Instead, Xmithie again surprised the bot lane, this time at level three, for first blood.

That was the signal for Phoenix1 to start playing more aggressively, and all three lanes started pushing. Mike Yeung found kills all over the map, ending the game 9/0/5 and tied for second in damage.

Phoenix1 finally got some good luck in game three, with Mike Yeung and mid laner Yoo “Ryu” Sang-ook narrowly coming up with first blood on Xmithie when the Immortals jungler just couldn’t land the killing blow. That set up Ryu to push his lane, and he did with abandon, taking two mid lane turrets largely on his own.

But Immortals did a better job of keeping P1 out of their jungle, and eventually, started winning some fights as P1 ran out of easy objectives to grab. One particularly catastrophic play near the river led to an Immortals’ Baron call, and that’s when Mike Yeung saved the day again.

Maybe it’s time to start banning Nidalee against Phoenix1. They quickly stabilized, grabbing a Baron of their own and using it to end the game.

This was a crucial win for Phoenix1, not only to claw their way back in the Summer Split standings, but to get some momentum heading into Rift Rivals next week. They still have a lot to fix in nearly all stages of the game, but they’ve proved that their precocious rookie jungler can hang with the best of them.