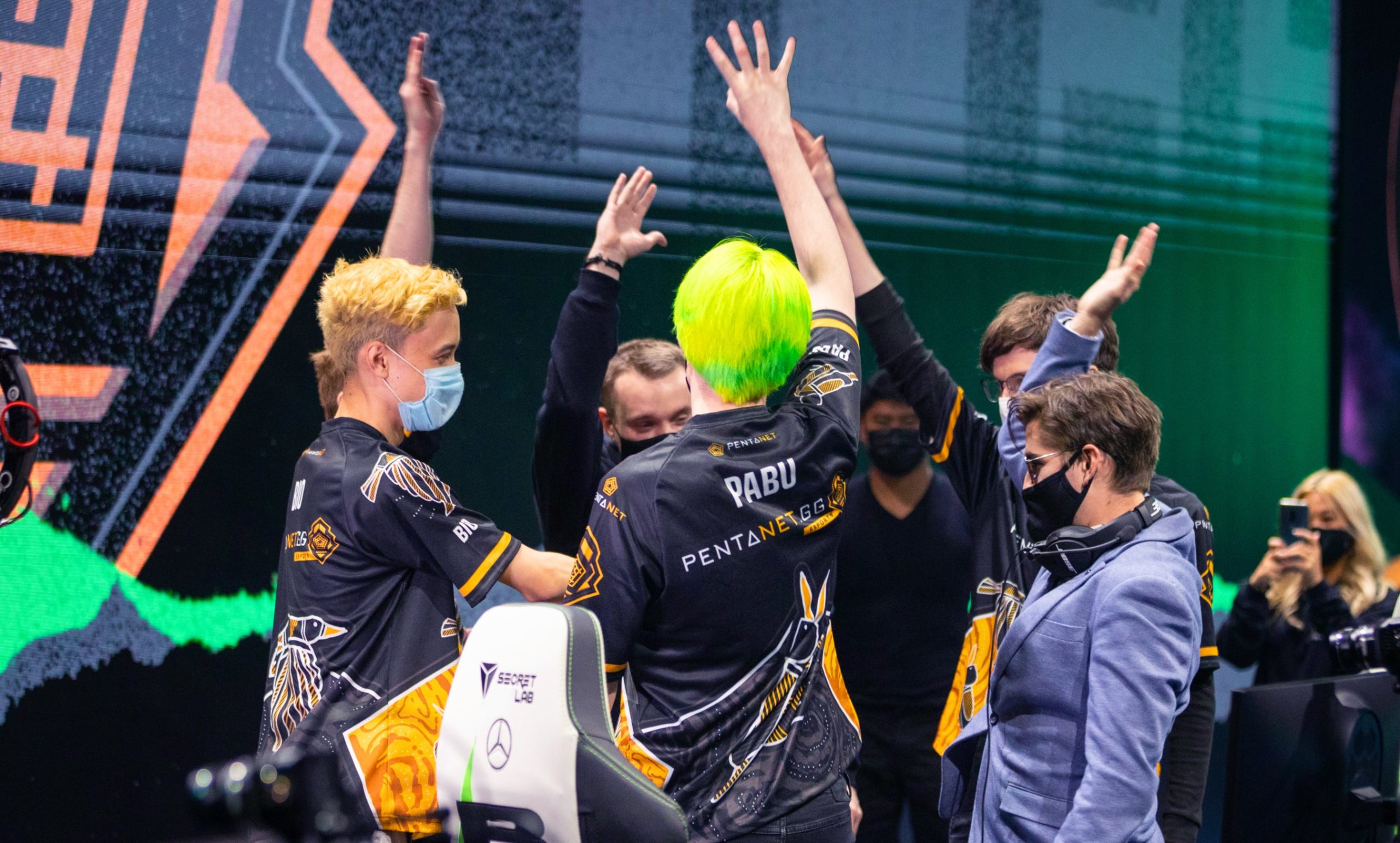 After the LPL’s Royal Never Give Up locked in the first ticket to the Mid-Season Invitational’s Rumble Stage earlier today, PentanetGG defeated Unicorns of Love in a one-game tiebreaker to advance as well.

Coming into the match, the two League of Legends teams both posted records of 2-6 in the group stage. Since Pentanet and UOL had both found two wins over each other during the group stage, a decisive fifth game was needed to decide which among them would advance to the Rumble stage.

The final contest of the day was decided largely by the jungle/support duo of Pentanet. Pabu and Decoy set up kill after kill for the team through strong engagements and high follow-up damage from an out-of-the-box Karthus pick in the jungle. Once the game came to a close, Pabu’s Karthus posted a meaty scoreline of 5/1/9.

With today’s win, Pentanet became the first Oceanic team to advance past the group stage of an international event. Despite the team’s negative 3-6 record, the accomplishment is nothing to sneeze at. Pentanet will forever be mentioned in the same breath as some of the other top-tier teams at MSI 2021.

As for Unicorns of Love, they’ll head home from MSI 2021 quite early. The team failed to advance past round one of the tournament. At last year’s World Championship, UOL made it out of Group B and competed in the top 16.

Pentanet will return to the MSI stage on Friday, May 14, when they’ll face off against the remainder of the tournament’s field in the Rumble stage.