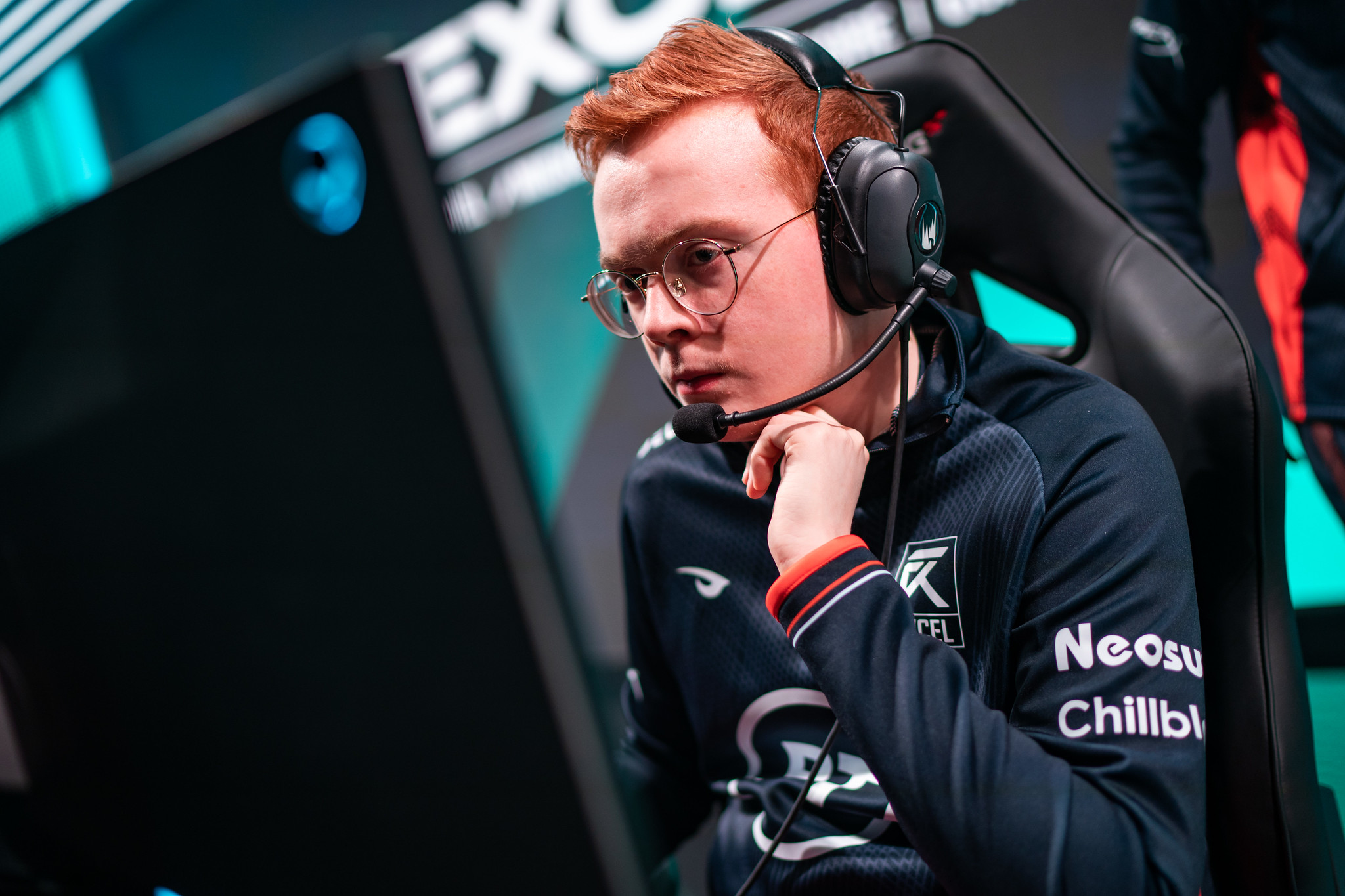 The League of Legends fans in Berlin might have been chanting for the return of veteran AD carry Konstantinos-Napoleon “FORG1VEN” Tzortziou, but Excel Esports came out on top today in their match against Schalke 04.

This was easily the most exciting match of the day, with both Excel and Schalke pushing and pulling for a lead with some great teamfighting and skirmishes. But Excel were a bit cleaner than Schalke in the last fights of the game and that led to their victory.

Despite a miracle Baron steal from Erberk “Gilius” Demir and some amazing individual play from FORG1VEN, Excel’s new bottom lane came out swinging. Nineteen-year-old ADC Patrik Jírů and former Splyce support Tore Hoel Eilertsen carried their squad over the finish line with half of the team’s kills and only six deaths between them.

Meanwhile, Schalke 04 proved that they were more than just the FORG1VEN show. Felix “Abbedagge” Braun had some great plays on Cassiopeia and Gilius had the Baron steal that kept his team in the game for a while. Their efforts weren’t enough to keep Excel at bay, however.

This is, ultimately, the first week of games and everyone is still shaking off the cobwebs. But it’s a great sign for Excel fans to see the team firing off on all cylinders in week one.

Any FORG1VEN fans shouldn’t worry, either. The 27-year-old had a couple of flashy plays that proved that he still has what it takes to challenge the best in Europe.